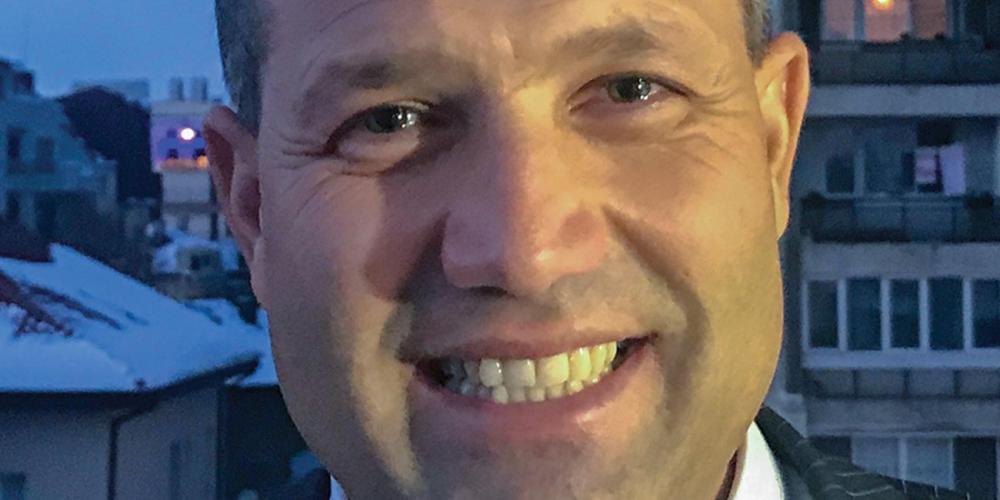 To Sabbath School teachers: This story is for Sabbath, Feb. 22.

Two men showed up in the Bulgarian village of Bukovlak and went straight to 11-year-old Sergey Dimitrov’s house.

The men wore suits and ties, and their hair was nicely combed. Father was scared. He thought they might be undercover police who wanted to put him in jail.

Father heaved a sigh of relief when the two men introduced themselves as Seventh-day Adventist pastors. Even though religion was illegal in then-communist Bulgaria, a pastor was better than a police investigator.

The pastors explained that one of Father’s relatives, a Seventh-day Adventist who lived far away, had asked them to visit Sergey’s sister, who was ill.

Sergey watched with curiosity as the pastors gathered the family for prayer.

A short time later, his sister got well, and Father invited the pastors to return to pray again. The pastors were prepared to do more than pray. They arrived with a bag of children’s crafts and a children’s Bible film on a reel that could be watched with a hand-cranked projector.

Calling Sergey, a pastor said, “Go invite your friends to do crafts and watch the film. We want to teach them about Jesus.”

Sergey ran from house to house as fast as he could in the village of 3,500 people. He was worried that the film would begin without him. His friends also didn’t want to miss the film. Some came running barefoot. Others arrived without any pants.

Forty-five children crowded into Sergey’s living room and watched the film. Then they did crafts and listened to the pastors tell a story from the Bible. Each child received a piece of candy.

The children couldn’t wait for the pastors to visit again.

“When will you come again to show us a film?” they asked.

Two weeks later, the pastors returned with a new movie and more crafts. Sergey ran from house to house to invite his friends. After the movie, crafts, and Bible story, each child received a piece of candy. Everyone begged the pastors to return soon.

The pastors visited every other week for three months. Sergey kept careful watch of which children were attending and which were missing the visits. He went to the homes of those of were missing and invited them to come. He wanted more children in his house so it would be more fun.

Finally, the pastors announced to Sergey that they would not visit anymore. They gave him a Bible and asked him to continue the meetings. They showed him to share stories from the Bible.

Sergey kept the meetings going in his house. Some children at school made fun of him and called him “the Priest” and “the Worshipper.” A few boys jeeringly told him that he would never find a wife because no woman would want a Christian husband. The words hurt, but Sergey didn’t react. He only prayed silently, “God, please forgive them.”

One day, a neighbor woman called out to Sergey as he walked past her house.

Sergey followed her into the house and found her boy lying unconscious on a bed. He had fallen while riding his bicycle.

Sergey prayed and asked the mother to pray. When she said she didn’t know how, he instructed her to repeat after him. As she finished praying, her son opened his eyes.

Later, Sergey gave the family a Bible that he had received from the Adventist relative who lived far away.

Sergey became the first Seventh-day Adventist in his village when he was baptized at the age of 16. When he was 18, he planted the first Adventist church in the village. The church building was constructed with funds that he solicited from then-General Conference president Robert S. Folkenberg, who was visiting Bulgaria at the time.

Eight children who used to visit his house to watch Bible movies also have been baptized, and today they attend Sergey’s church with their own children. The mother whose son was in the bicycle accident also became an Adventist.

“From a humble beginning, many people were baptized,” said Sergey, who is 48. “Now 86 members and many visitors come to the church every Sabbath.”

Part of this quarter’s Thirteenth Sabbath Offering will help construct a new church building for Sophia West Seventh-day Adventist Church in Sofia, Bulgaria. Thank you for planning a generous offering.