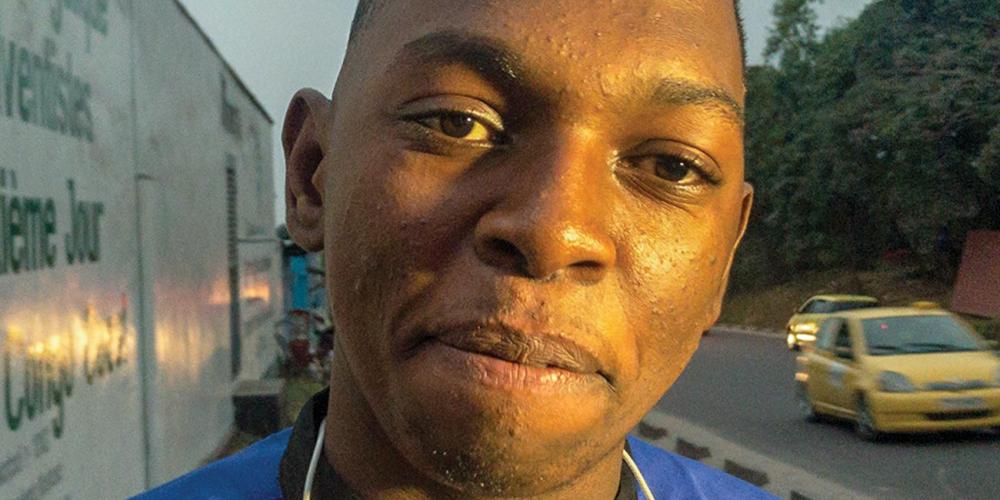 The great apes, such as the bonobos and the eastern lowland gorillas, can be found only in Congo.

To Sabbath School teachers: This story is for Sabbath, Oct. 19.

Jacques sprang out of bed. Usually, he got up on his own early in the morning, but for some reason he had overslept. He had a big geography test at school.

Pulling on his pants and shirt, Jacques rummaged around the room, looking for socks. He looked on the shelf. He got on his knees and looked under the bed. He couldn’t find a matching pair of socks anywhere.

“What are you doing?” Mother said, standing at the door.

Mother looked in the cupboard. She got on her knees and looked under the bed. She also couldn’t find matching socks. But she found a white sock and a blue sock.

Jacques hastily pulled on the socks and stretched his toes. He didn’t care that the socks didn’t match. He wanted to be on time for the geography test.

He ran to school and took the test.

But he never learned whether he passed.

After school, as Jacques walked home, he needed to cross a busy street. Cars were stopped in a traffic jam on one side of the street. The other side had no cars at all. Jacques stepped into the side of the street with no cars. At that moment, a bus hit him. The bus driver was driving on the wrong side of the road because he was trying to avoid the traffic jam.

Jacques doesn’t remember much of what happened next. He fell to the ground. A stranger took off his own shirt and tried to stop the bleeding. Strangers picked him up and carried him in their arms to a nearby hospital.

Jacques’ older sister heard about the accident from friends and ran home to tell Mother.

“Jacques has been hurt in an accident!” she called from outside the house.

Mother went inside the house and prayed. Then she rushed to the hospital.

Jacques stayed in the hospital for three months and had three operations.

Amid the operations, Jacques prayed every day, “God, please heal me and help me to walk again with both legs.”

Today, Jacques not only walks, but he also runs. He is 17 years old and stands much taller than his mother.

Some superstitious people said Jacques shouldn’t have gone to school that day. They said he should have realized that he had to stay at home after waking up late and not finding his socks. But Adventists are not superstitious and know that there was no connection between Jacques oversleeping, losing his socks, and the accident. The Bible says, “Time and chance happen to them all” (Ecclesiastes 9:11). This means that good things and bad things can happen by chance.

But Jacques knows that it isn’t only by chance that he can walk and run again.

“I can walk and run, and this is proof that God answered my prayers!” he said.

The great apes, such as the bonobos and the eastern lowland gorillas, can be found only in Congo.