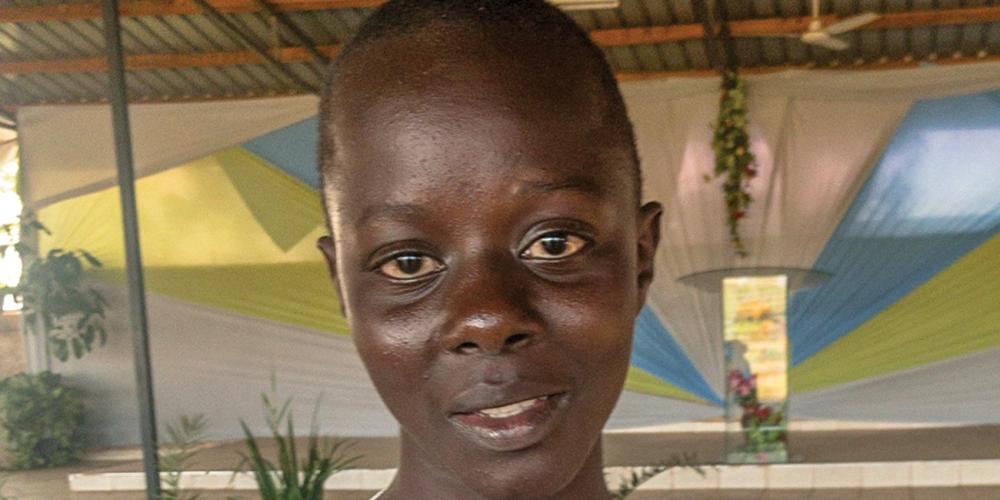 Kenya is well known around the world for its distance runners. The country has won nearly 100 Olympic medals for middle and distance running.

To Sabbath School teachers: This story is for Sabbath, Dec. 14.

“I’ve cooked white rice and ugali,” she said. “Take the food to Mother for lunch.”

Magdaline filled a plastic container with the rice and ugali, a thick white porridge made from maize. Then she placed the container in a plastic bag and left her slum home in Kisumu, Kenya.

It took an hour to walk to Mother’s workplace. When Magdaline arrived, she saw Mother standing at the door. Mother worked as a security guard for a private security agency, and she had been sent to guard this building.

Mother smiled when she saw Magdaline and gave her a big hug. As Magdaline handed over the food, she heard singing. Curiously, she peeked behind Mother and saw people standing and singing.

“Oh!” Magdaline thought. “This is a church! I didn’t know that Mother is guarding a church.”

Mother saw Magdaline’s surprise, and she knew that her daughter liked music.

“Why don’t you go inside and listen,” she said. “We can walk home together when the worship service ends.”

Magdaline slipped into a seat in the back row. She listened to the hymns, and she thought the sermon afterward was interesting. Later, she and Mother walked home together. She liked being with Mother. She had seven brothers and sisters, and Mother didn’t have much time to spare for her when she was at home.

The next Saturday, Big Sister called Magdaline to the kitchen again.

“I’ve cooked white rice and ugali,” she said. “Take some to Mother.”

Magdaline filled the plastic container, placed it in a plastic bag, and walked an hour to the church. Mother, standing in the door, gave her a big smile and hug.

“Why don’t you sit inside,” Mother said. “We can walk home together afterward.”

Magdaline again enjoyed the hymns and the sermon. Afterward, she and Mother walked home together. This time, Mother spoke about how much she liked the church. She had been listening to the sermons, and she told several Bible stories that she had heard. Magdaline liked hearing Mother talk about God.

After that, Magdaline took rice and ugali to Mother every Sabbath. She stayed for the sermon and walked home with Mother. She heard many Bible stories as Mother recounted her favorites. She especially liked the story of Job, who suffered terribly but never gave up. She could understand Job. She also had suffered after Father divorced Mother several years earlier. Mother had moved with her and her seven brothers and sisters to Kisumu to work.

After a while, Mother decided to give her heart to Jesus and was baptized.

Many other people also joined the church and got baptized. Soon no space remained in the church for all the people who came to worship, and the church moved to a bigger building. The pastor offered Mother a new job: to keep guarding the old church, which would be used as a meeting hall, and to help clean the new church. He also invited Mother and her eight children to live in his old apartment in the old church.

Part of this quarter’s Thirteenth Sabbath Offering will help construct an Adventist hospital on land beside Magdaline’s church, Victory Seventh-day Adventist Church, in Kisumu, Kenya. Thank you for planning to give a generous offering on Thirteenth Sabbath.

Kenya is well known around the world for its distance runners. The country has won nearly 100 Olympic medals for middle and distance running.