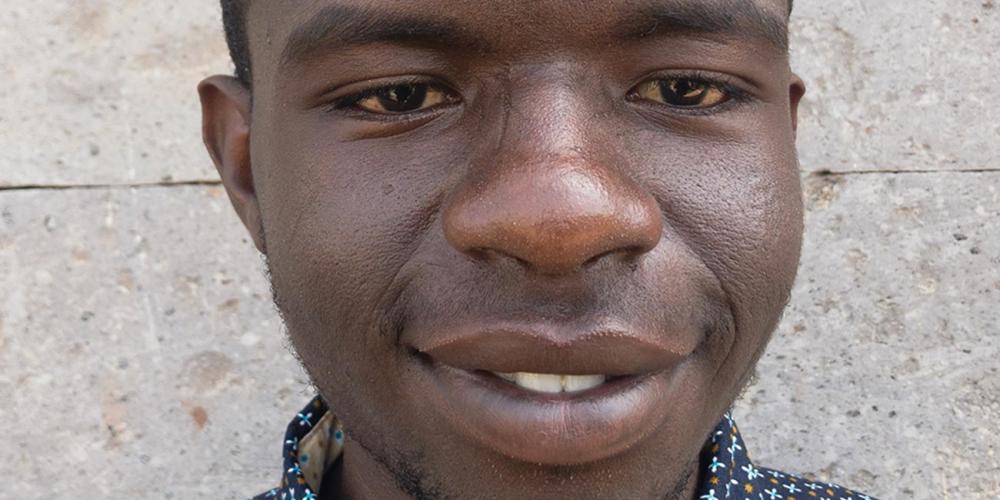 Living on the Street

To Sabbath School teachers: This story is for Sabbath, Dec. 7.

Always hungry, John Ongaya couldn’t get good grades, so he decided to quit school in Kenya.

His parents, poor farmers, only had enough money to pay for his tuition and dormitory room at Jaramogi University. He couldn’t find work, and he was scared to go home because he thought his parents would scold him for quitting school.

John stuffed his few clothes into his schoolbag, grabbed his cheap cell phone, and went to the bus stop. A kind stranger gave 200 shillings (U.S.$2) for bus fare.

John arrived at sunset in Kisumu, the nearest big city. He didn’t know anyone, and he didn’t know where to go. He lay down on a small porch in front of a closed shop, but he couldn’t sleep. He was hungry.

“You’re a thief!” a man suddenly yelled, poking his head out of the shop door. “Go away!”

It was the shop owner, who lived in the building.

John grabbed his schoolbag and fled.

After a while, he stopped at a shop porch occupied by two homeless boys, Rashid and Blacky. They invited him to stay the night.

In the morning, John was dreadfully hungry. The other boys didn’t have any food, but they knew how to buy some. They offered to help John sell his second pair of pants and schoolbag. With the money, John bought chapati and beans from a street food seller and shared the food with the other boys.

For lunch, the boys took John to a charity that served free rice and beans to street children. In the evening, the boys showed John a hotel where a kind worker gave leftovers of fish, pies, chapati, and ugali, mixed together in a plastic bag.

John hadn’t been able to find a job that day, but he promised himself that he would try harder in the morning.

The next day, he used his last money to buy breakfast.

In a week, John sold everything that he owned, even his cell phone, to buy food. But he still couldn’t find work.

One morning, John was wandering the streets and noticed a crowd sitting outside a Seventh-day Adventist church. His eyes were drawn to three street boys seated under a tree. He sauntered over to them and asked what was happening. The boys said they had been attending evangelistic meetings every morning for a week and this was the last meeting.

John joined them to listen. His heart was warmed as he heard the preacher, a man from Ethiopia, speak about Jesus. He especially was touched when the preacher expressed love for street children.

“When you see street children, don’t despise them,” the man said. “They also are the children of God. It is not their wish to live on the street.”

John and the three other street boys accepted the preacher’s invitation to be baptized.

Church members welcomed the four boys to Kisumu Central Seventh-day Adventist Church. The boys were offered a room in the church’s guesthouse and work at the church. The only requirement was to stay off the street and study when the new school year began.

The boys found it difficult to adjust to their new life. After two weeks, one boy ran away. Three months later, another boy ran away. As the school year approached, the third boy told John that he also would leave. “I’m 18 years old, and I am too embarrassed to be in the fifth grade,” he said.

John, however, happily returned to the university. His overjoyed parents resumed paying for his tuition and dorm room as before. The church paid for his food and other expenses. To John’s delight, he learned that 400 students at the university were Seventh-day Adventists and they had their own campus church.

Today, John is 21 and looking forward to graduating and getting a good job.

“I want to help other street children start new lives with Jesus,” he said.