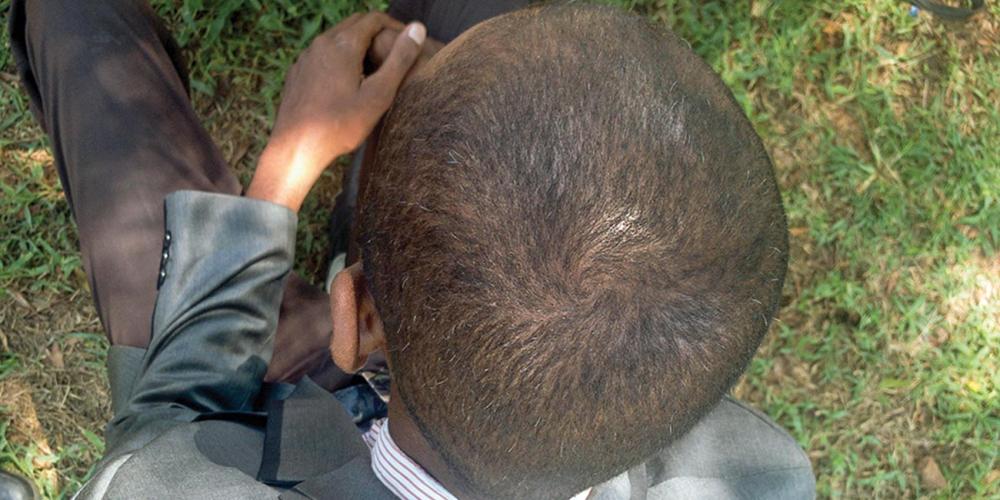 Accused of Being Christian

To Sabbath School teachers: This story is for Sabbath, Nov. 23.

Musa Ali never planned to become a Christian. But when people started to call him a Christian as an insult and his family rejected him, he started to have second thoughts.

Musa was raised in a non-Christian family in East Africa. As a boy, he was forbidden from eating with Christians and even from speaking with them. Christians, he was told, were the enemy.

At the age of 10, he began rigorous studies to become a religious leader. He memorized large portions of his religion’s holy book. At age 15, he was appointed a religious teacher.

Two years later, 17-year-old Musa was sent with a group of missionaries to a far-off village in the African bush. His job was to convert idol-worshipping villagers and to build a house of worship.

The work was grueling, but Musa and his team pressed ahead. One day, while preparing a sermon, Musa came across several verses in his holy book that puzzled him. The passages spoke about Jesus and said Christians have salvation. He had always thought that salvation only belonged to him and other followers of his non-Christian world religion.

Confused, Musa turned to his fellow missionaries for advice. They simply shook their heads.

“You are our teacher,” said one. “You are supposed to tell us what the holy book means.”

“When we return to our hometown, you can ask the big chief,” said another.

After six months, Musa and his friends had converted many villagers and constructed a large house of worship. The missionaries returned home.

The “big chief,” their main local religious leader, gathered the missionaries for a thank-you ceremony. He knew that their work had been difficult, and he wanted to give away some gifts. But first he asked the missionaries if they had any questions.

“If anyone has questions, ask me,” he said. “I know that many questions can come to mind during these types of trips.”

Musa went first, and he asked three questions. The religious leader didn’t answer any of them. Instead, he asked Musa a question.

The question surprised Musa. But the leader hadn’t answered his questions, so he decided not to answer.

After moment of silence, the religious leader spoke. “My friend,” he said, “leave our house of worship.”

Later that day, the religious leader went to Musa’s father, who was an influential and wealthy man in town.

“Watch out,” he said. “Your son will become a Christian.”

Later, Father asked Musa about his beliefs. “Are you a Christian or one of us?” he said.

“This isn’t a matter of religion,” Musa said. “It’s a matter of knowledge. I’m studying.”

Father expressed fear that Musa might become a Christian.

Musa didn’t think he was a Christian, but people began to treat him like one. His sisters and brothers ignored him. His family refused to allow him to eat with them. Musa couldn’t understand what was happening because he didn’t think that he had done anything wrong.

So, do you know what he did? He became a Christian. Musa was baptized into the Seventh-day Adventist Church. Today he works as a missionary — a Global Mission coordinator — in East Africa. He teaches his people that Christians do have salvation — and they can be saved by Jesus, too.