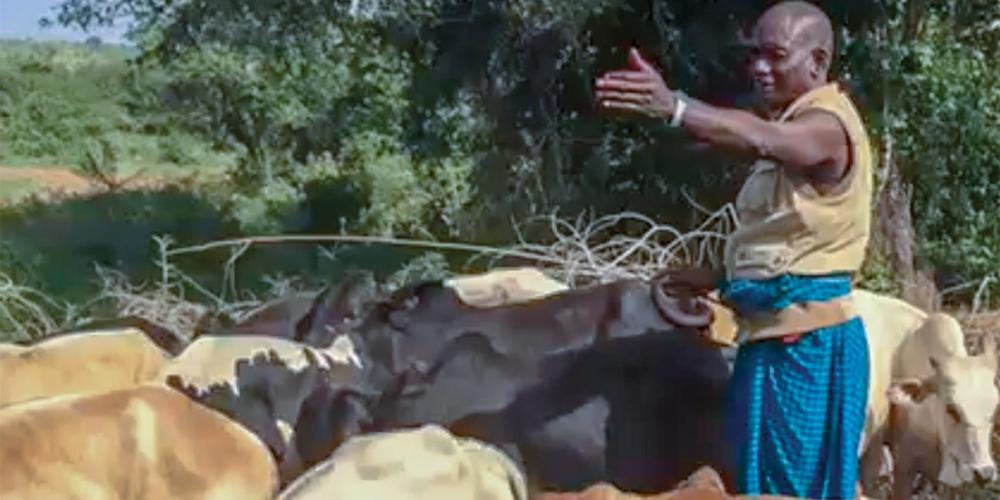 The first Seventh-day Adventist missionaries to what is now Tanzania were W. Ehlers and A.C. Enns, who were sent in 1903 by the German Union under the leadership of L.R. Conradi. Arriving in Dar es Salaam in December, they went to the Pare district in the northeast, where they established Friedenstal Station and studied the language while slowly gaining the confidence of the people.

To Sabbath School teachers: This story is for Sabbath, Nov. 2.

When an elderly person dies, the Maasai people see it as a part of life, and they move on. When a baby dies, they are sad but also move on.

But when a big bull dies, a Maasai man will mourn terribly. He will tell story after story about the bull’s strength, its handsome features, and its leadership over the herd. The owner will lie awake all night, weeping over his loss.

A Maasai man will not give up a cow for anything. He loves his cows.

So, it came as a big surprise to Seventh-day Adventist leaders to hear that a wealthy Maasai man had decided to give 100 of his precious cows as a tithe to God.

The man, Abraham, had been baptized into the Adventist Church in northern Tanzania and felt impressed to give one tenth of his cattle as tithe. Abraham called the local pastor to collect the cows.

“I don’t want to keep what belongs to God,” Abraham told the stunned pastor.

Abraham took the pastor to his field and began to count out his tithe.

When he reached the tenth cow, he instructed a helper to put a tag on its ear so that cow would be set aside for tithe.

Abraham’s Maasai neighbors, who were not Adventist, thought he had gone mad.

“Why would you give away your cows?” said one.

“If you can return 100 cows as tithe, why don’t you also start counting your children return the tenth child as tithe?” said another.

Abraham had 20 children because he had been married to four wives before his baptism. Now he had one wife, but he remained father to his 20 children. Abraham didn’t argue with his neighbors.

“I know a person in the Bible who did not have 10 children,” he said. “He only had one child, and he was more than willing to return that only child to God. His name was Abraham, too.”

After Abraham returned the tithe of 100 cows to God, something unusual happened to his cattle. His cows started giving birth to twins. Cows usually give birth to only one calf at a time, but all of Abraham’s cows began to give birth to twins. The neighbors were shocked. Abraham had given away 100 cows, and now he had more cows than even before.

“Call your pastor,” one neighbor said. “I also want to give a tithe.”

“We want our cows to have twins, too,” said another.

Abraham marveled over the way that God was blessing him and decided that he didn’t want to return just one tithe. He wanted to give two tithes. He called the Adventist pastor.

“When I gave the 100 cows as tithe nine months ago, I wanted to see what would happen,” Abraham said. “I have seen abundant blessings. Instead of bringing forth one calf, my cows have started to bring forth twins.”

Abraham took the pastor to his field and counted out two tithes — two cows out of every ten.

The pastor was amazed by how God has blessed Abraham’s faithfulness by making him richer and richer.

“You are never losing when you return to God,” the pastor said. “The Lord is faithful. He will even multiply what little you have.”

The first Seventh-day Adventist missionaries to what is now Tanzania were W. Ehlers and A.C. Enns, who were sent in 1903 by the German Union under the leadership of L.R. Conradi. Arriving in Dar es Salaam in December, they went to the Pare district in the northeast, where they established Friedenstal Station and studied the language while slowly gaining the confidence of the people.