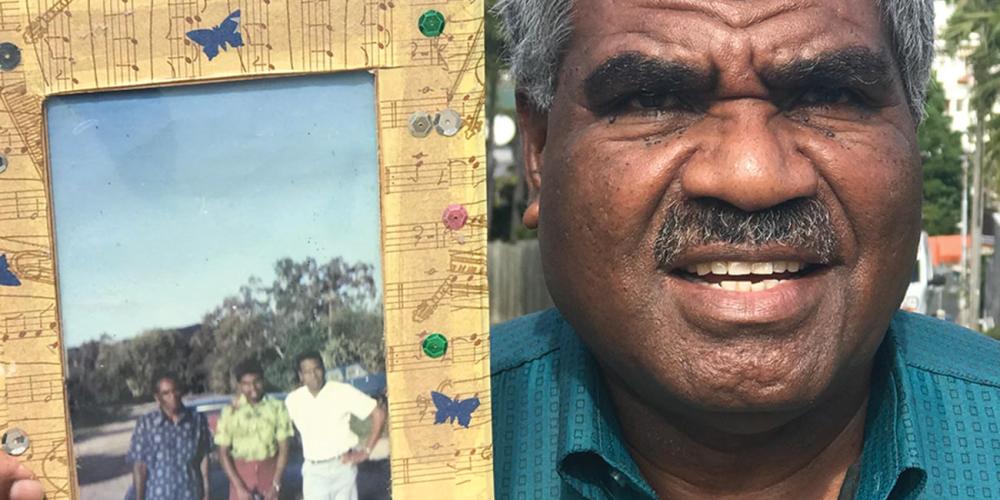 What happened when a 17-year-old boy asked for Saturdays off.

To Sabbath School teachers: This story is for Sabbath, July 20.

eventeen-year-old Felix Wadrobert had graduated from high school and was working at a bookstore in Noumea, capital of the South Pacific territory of New Caledonia.

Felix wanted to earn money to send to his parents on his home island, Maré. His parents were poor farmers who grew sweet potatoes, yams, bananas, cabbage, lettuce, radishes, and taro.

One day, a coworker invited Felix to a music concert at a Seventh-day Adventist church. Felix belonged to another Christian denomination, but he decided to go to the concert because the church was located just down the street from the house where he lived with relatives.

At the concert, the young people welcomed Felix warmly. It was like they knew him already. Felix felt good, and he quickly made new friends.

After that evening, Felix returned to church every Friday evening to sing with the church’s youth choir. But he didn’t go to church because he had to work Saturdays.

One day, the church pastor told Felix, “I’m glad that you are spending time with the young people at church, but you also should study the Bible.”

Felix liked the idea and began to study 24 Bible lessons with the pastor. When they reached the lesson about Sabbath, Felix read that God created the Earth and set aside the seventh day of the week to rest. He read that the Four Commandment says the seventh day is the Sabbath.

The pastor said the seventh day was Saturday.

Felix was surprised. He had always thought that Sabbath was on Sunday.

Back at work, he wondered which day is the true Sabbath. He suddenly remembered that he worked in a bookstore and could look for answers in a dictionary.

“This is exactly what the pastor told me during Bible studies!” Felix thought.

From that moment, he believed that Saturday is true Sabbath.

But he had to work on Saturdays, so he asked the pastor for help. The pastor suggested that he ask the bookstore owner for Saturdays off or quit his job.

On Monday, Felix approached the bookstore owner behind the cash register. The owner who was not a Christian.

“I would like to stop working on Saturdays because it is the Sabbath day,” Felix said. “I can work an extra hour every day to make up for it.”

The owner looked at Felix and didn’t say a word. Felix returned to his work.

On Wednesday, he went to the owner again and asked for Saturday off. The owner just looked at Felix and didn’t say anything.

Felix prayed. He liked working at the bookstore and wanted to send money to his parents. But he didn’t want to break the Sabbath.

On Friday, Felix prayed especially hard as he worked. Finally, it was time to close the bookstore.

The owner turned to Felix. “I’d like to drop you off at your house,” he said.

Felix was surprised. He always went home by bus.

The owner didn’t say anything during the drive. Felix also was silent, and he wondered what would happen next.

The owner stopped the car in front of Felix’s house, and Felix opened the door to get out.

“Felix,” the owner said. “Tomorrow you can go to the church.”

Felix was shocked and happy. He immediately prayed, “Thank You, God!”

Felix finished the Bible studies with the pastor and was baptized. He later became a pastor, and today he is the leader of the Seventh-day Adventist Church for all of New Caledonia.

“God is always with us when we face difficulties,” he said. “He answers in His time, not our time, and He knows what is best for us.”

Part of a Thirteenth Sabbath Offering three years ago helped build two children’s Sabbath School classrooms on Maré, the island where Felix grew up. Thank you for your Sabbath School mission offerings that help other children learn about prayer and the power of God.