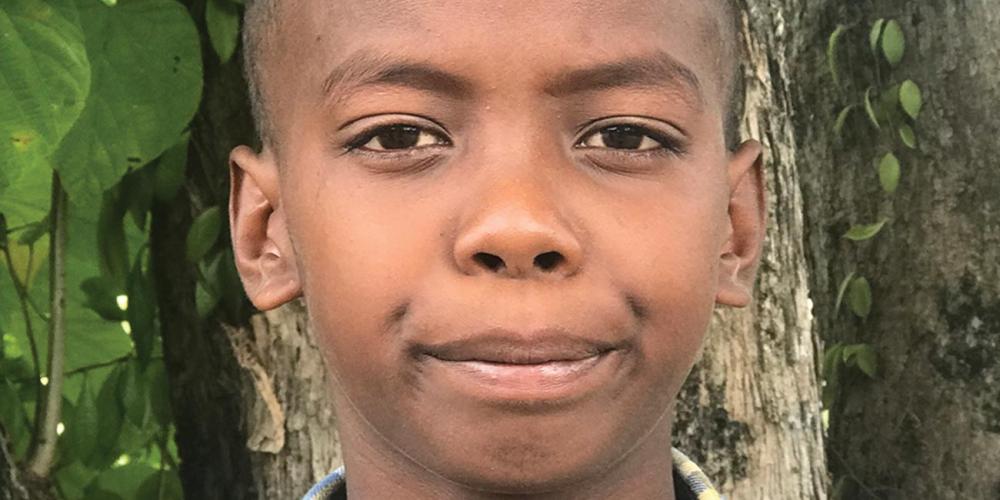 “I may be small, but in God’s hands I can grow a church."

To Sabbath School teachers: This story is for Sabbath, Sept. 14.

en-year-old Joe Samani watched movies and played video games with friends at his home in the Solomon Islands. But he wasn’t happy.

Joe’s family was poor, and life was rough in their neighborhood in the South Pacific country’s capital, Honiara. Neighbors sold illegal drugs, and children stole and got into trouble with the police.

Joe’s house was a popular place for neighborhood boys to hang out every evening. Joe noticed that one friend didn’t talk like the other boys, and he participated in a Pathfinders club every Sabbath. Joe decided to follow him to the Seventh-day Adventist church to learn more. Soon he joined the Pathfinders and went to church every Sabbath.

After a while, Joe and the other Pathfinders were invited to fly to Australia to attend a camporee for Pathfinders from all over South Pacific Division. Joe really wanted to go, and Mother worked hard to save the money for the plane ticket.

Back at home, when the neighborhood boys came over that evening, he told stories from the camporee. The boys loved the stories, and they asked to hear more the next evening.

Then Joe thought to himself, “These boys like to hear about Pathfinders. Why not also tell them about Jesus?” He kept telling Pathfinder stories but began to include Bible stories, too.

The number of boys coming to Joe’s home grew as one boy told another about the stories. Soon 30 to 40 boys were meeting every evening. Although Mother didn’t have much money, she began to cook food for the children to eat after story time. She somehow always had enough food for everyone.

The boys began to ask Joe if they could join Pathfinders, and four went with Joe to church the next Sabbath. More boys went the following week.

The Pathfinder leader couldn’t understand where all the boys were coming from.

“Joe, why are so many kids from your neighborhood coming to Pathfinder club?” he asked. “What did you do?”

“I didn’t do anything,” Joe replied. “I just tell stories about what we did in Australia, and we have evening devotions. That’s all.”

The leader asked to visit Joe’s home to see the evening meetings for himself.

The Pathfinder leader was amazed at what he saw. Afterward, he said to Mother, “This neighborhood would be a good place to open a church.”

He noticed that Joe’s house had a large unfinished living room that no one used and asked whether it could be used for Sabbath worship services. Mother agreed.

Several dozen neighborhood children came to Joe’s house for church the next Sabbath. All the Pathfinder leaders and their families came as well, and they brought food for everyone.

Then something happened that made Joe very happy. Mother decided to be baptized. After that, a 20-year-old cousin was baptized, and so were three neighborhood boys who Joe had introduced to Pathfinders.

Today Joe’s living room is packed every Sabbath with about 70 people, and plans are under way to open a permanent church in the neighborhood.

Today Joe is 13 years old. He is short and humble in appearance and speech. But no one doubts that God is using him in a powerful way.

“I may be small, but in God’s hands I can grow a church,” Joe said.