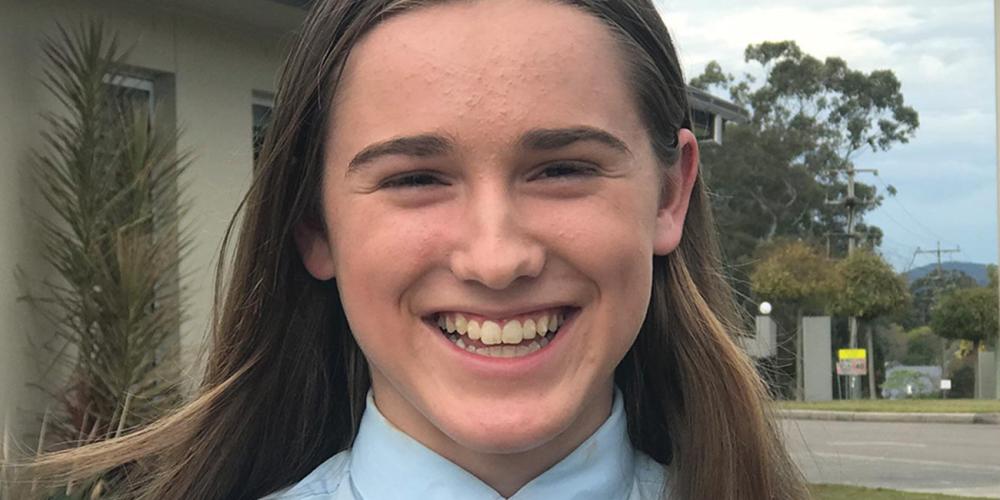 Eight fire trucks, lights flashing and sirens wailing, raced up to the house.

To Sabbath School teachers: This story is for Sabbath, Aug. 31.

After breakfast, 14-year-old Lara and her little brother, Jack, said goodbye to their new puppy, Milly. Then Father drove them to the sports field at Avondale School, the Seventh-day Adventist school where both children studied. Mother was away on a business trip in Fiji.

Jack played soccer with friends for an hour. Lara and Father shot hoops on the basketball court.

Afterward, as the car neared their house, Lara saw smoke rising from the roof. People were gathered on the front lawn, talking excitedly and pointing.

Lara and Jack jumped from the car and raced to the back door. It was locked.

Father tried to enter the house to look for the puppy, but the smoke drove him out.

The children, tears streaming down their cheeks, ran to the front lawn. Lara said to Jack, “We can’t do anything about the fire. Let’s just kneel down and pray.”

Oblivious to the crowd, the children knelt on the lawn.

“Dear God,” Lara said. “You know what is happening, and You know how much we love little Milly. You said You look after the sparrows, so please look after Milly. Please help the firefighters find Milly.”

Soon eight fire trucks, lights flashing and sirens wailing, raced up to the house. As the firefighters unwound their hoses, Father pleaded for them to look for Milly.

The firefighters couldn’t find the puppy.

Lara and Jack, still crying, crossed the street to the neighbor’s house to wait.

After a short time, Father’s voice rang out. “Lara, Jack, come out!” he shouted.

Lara and Jack ran out of the house. Father held Milly in his arms. Her white fur was black with soot, but her tail was wagging happily. Sad tears turned to happy tears, and Lara and Jack threw their arms around the puppy and each other.

Firefighters called Milly a miracle. After putting out the fire, they had found Milly hiding under a bed. Somehow a pocket of air had formed under the bed, and Milly had been able to breathe the air instead of the poisonous smoke.

But that wasn’t the only miracle. The neighbors also helped saved Milly’s life. They had called the fire station while the family was still at the sports field and stuck a water hose into the window of the room where the fire had broken out. The water flowing into the room had contained the fire and prevented the house from exploding in a ball of flames.

Firefighters later said the fire had been ignited by a short circuit.

The fire changed Lara’s mind about God. Several months before the fire, she had begun to pray for God to show Himself to her. She had heard stories in church about God performing miracles and wondered why she had never seen God in her life. The Bible promises that God will show Himself to those who seek Him. 1 Chronicles 28:9 says, “If you seek Him, He will be found by you.”

“The fire was a big game changer,” she said. “Before that, I was questioning God. I wanted a real God moment like the stories in church. I was praying silently for God to show Himself to me, too.”

Lara has given her heart to Jesus and plans to be baptized exactly one year after the fire miracle.

Milly, meanwhile, is back to her normal happy self. Only she has a new nickname. Lara calls her “Miracle Milly.”