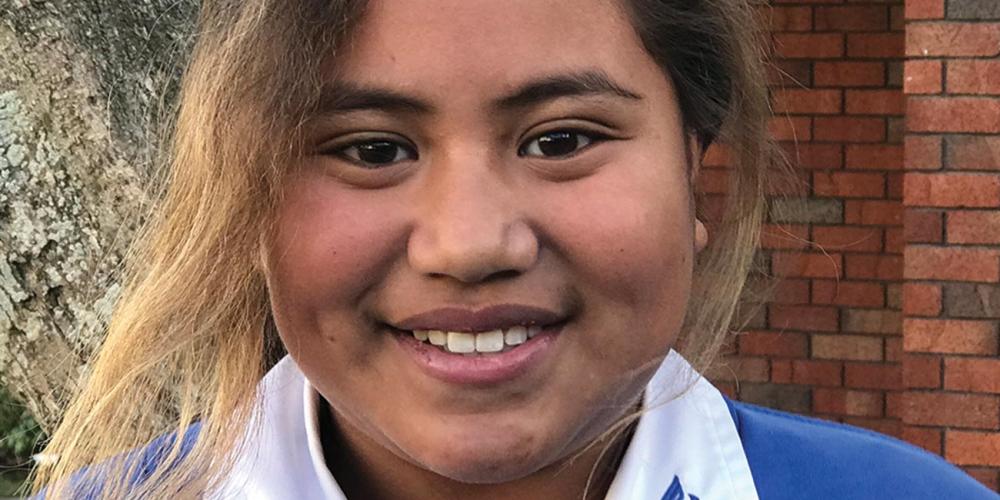 Grace advises other children who are scared, “Don’t be afraid. Know that God is always with you.”

To Sabbath School teachers: This story is for Sabbath, Aug. 17.

Ten-year-old Grace liked playing tag with her friends in a big field across the street from her home on the outskirts of New Zealand’s capital, Auckland.

She liked running back and forth, laughing, tripping, playing.

One day she suddenly she felt a pain in left leg as she ran around the field. Her leg hurt! Grace stopped and rubbed her leg. It felt like she had a cramp in her calf.

The pain remained for the rest of the day and then the next day. Grace tried to ignore it, but the pain moved up her leg.

“Are you OK?” Teacher asked.

Grace’s friends noticed the limp. Mother noticed, too. Everyone asked Grace if she was all right. “I’m fine, I’m fine,” Grace said. She wasn’t fine, but she kept hoping that the pain would go away.

A month passed, and Grace couldn’t bear the pain any longer. She told Mother.

Mother looked worried. “It might be the same thing as your brothers,” she said.

Grace had two older brothers with SUFE, a condition of the hip joint that requires an operation.

Grace didn’t want an operation. “I don’t think I have that,” she said.

Mother didn’t do anything, and Grace kept limping. Several days passed, and Mother abruptly told Grace, “We have to go to the doctor.”

Grace was scared, but Mother assured her that everything would be all right. Before leaving the house, Mother prayed, “Please help Grace, and be with us if she needs to go to surgery.”

At the doctor’s office, Grace lay down for some tests. The doctor asked her to raise her leg and move it back and forth. It hurt to move her leg.

The doctor looked serious. “You have to get an X-ray at the hospital,” he said.

Mother prayed in the car.

After the X-ray, Grace waited nervously. She told herself that the leg pain wasn’t a big deal and that she would go home soon.

After an hour, the nurse came out and told Grace that she had to be admitted to the hospital immediately for surgery. Grace was frightened and began to cry.

Mother comforted her. “God will be with us,” she said. Grace stopped crying.

Grace underwent surgery the next day. While she was sleeping, the doctor put some pins in her hip to make it stable. She woke up, feeling dizzy, and a nurse gave her an ice cube to suck on. Then she saw Mother waiting for her in the room.

“Are you OK?” Mother asked.

With a big smile, Mother thanked God for the successful operation.

Grace left the hospital two days later and, after using crutches for a few weeks, was walking normally. She was happy that the pain was finally gone.

For five months. Then Grace noticed a pain in her other leg. She had to undergo a second operation at the hospital, but this time she wasn’t scared. She knew God was with her.

“We prayed before the surgery,” Grace said. “But I knew God would take care of everything. No problem.”

God did take care of everything. A few weeks after the operation, Grace was walking on crutches and looking forward to playing tag again soon in the big field across from her home.

Grace has advice for other children who are scared.

“Don’t be afraid,” she said. “Know that God is always with you.”

Thank you for your Thirteenth Sabbath Offering three years ago that made it possible for Grace and everyone in New Zealand to watch Adventist TV programs for free on Hope Channel.