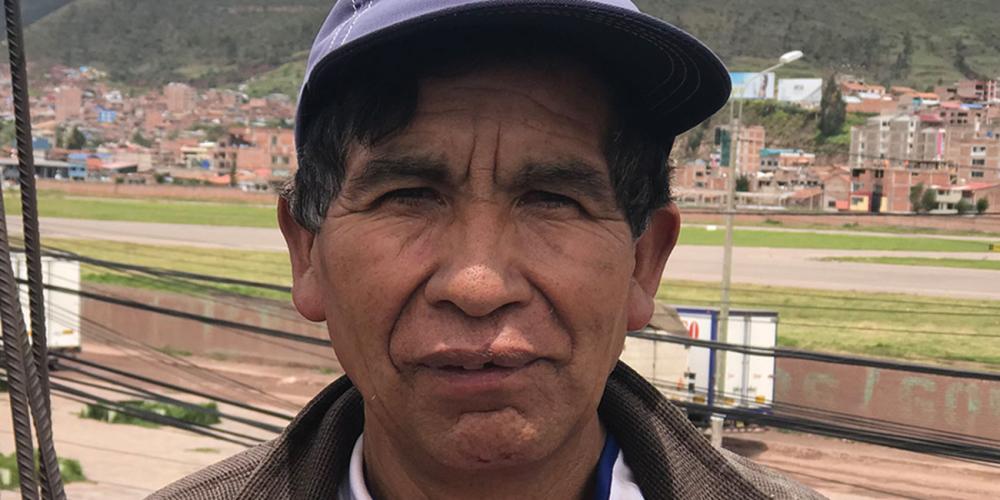 To Sabbath School teachers: This story is for Sabbath, June 29.

Making lunch took some work for Alejandro, a farmer and father of four children in Peru.

First, he needed to dig a hole in the ground. Then he would place wood and stones into the hole and light a fire. When the flames caused the stones to turn red and then black, he would throw some potatoes on top of them. After that, he would cover the potatoes with dirt and cold rocks, which would put out the fire. The potatoes would bake in the hot earth and, after about 20 minutes, they would be ready to eat.

Alejandro got to work, digging the hole in a small clearing in his field of barley. The crop was dry and nearly ready to harvest. Alejandro placed the wood and stones into the hole and lit the fire.

A strong wind began to blow.

As the fire slowly grew in the hole, the wind caught hold of a spark and blew it over to the barley field. The dry stalks quickly ignited and the flames, fueled by the wind, raced across the field and entered a neighbor’s barley field. Several other neighbors also had fields nearby.

Alejandro helplessly watched in horror. His raw potatoes lay forgotten at his feet. The wind blew harder, and he had to put his hand to his head to keep his hat from flying off. The fire was out of control, and he couldn’t stop it.

He fell onto his knees and took of
his hat.

“God, what are you doing now?” he cried out. “If all the crops burn, I don’t have the money to reimburse my neighbors. Please perform a miracle and put out the fire. Amen.”

He stood up and looked at the fire. Then he looked again. It was still burning, but it wasn’t moving. The wind was still blowing hard, but the flames were standing still, as if stopped by an invisible wall.

He raced to his neighbors’ houses to alert them about the fire and to seek their help. He didn’t want them to come out to the field and wonder what had happened.

The neighbors came running, and they converged on the field. By this time, the fire had nearly burned itself out. It hadn’t spread any farther after Alejandro’s prayer. Alejandro and the neighbors threw some dirt on the last flames to put them out.

One neighbor was furious and wanted to hit Alejandro. But the others said, “This is a miracle. The fire would have spread and destroyed all of our crops if it hadn’t stopped here.”

In the end, Alejandro saw that the fire had damaged his crop and the crops of three neighbors, destroying about 650 pounds (300 kilograms) of barley. After he harvested his barley, he reimbursed his neighbors for what they had lost. Everyone was happy.

Remember the potato lunch? Alejandro and his family never ate the potatoes because they were burned to ashes by the fire. But they didn’t care. God miraculously stopped the flames and prevented a disaster.

“God stopped the fire because I believed in His power,” Alejandro said. “I asked for a miracle in my prayer, and God gave me a miracle. God has done many miracles in my life.”

One of the biggest miracles in Alejandro’s life is that God has helped him lead 800 people to Christ and baptism. Even though he is a simple farmer who never studied beyond the first grade, he gives Bible studies and has opened six Seventh-day Adventist churches in the region around his village, Ccacaccollo.

Part of this quarter’s Thirteenth Sabbath Offering will help open a community center for children and teenagers in Cusco, which is about an hour by bus from Alejandro’s village. The community center will teach English and offer other activities to introduce people to Jesus. Thank you for your mission offering.


For this and other stories, download the Children’s Mission quarterly (PDF)