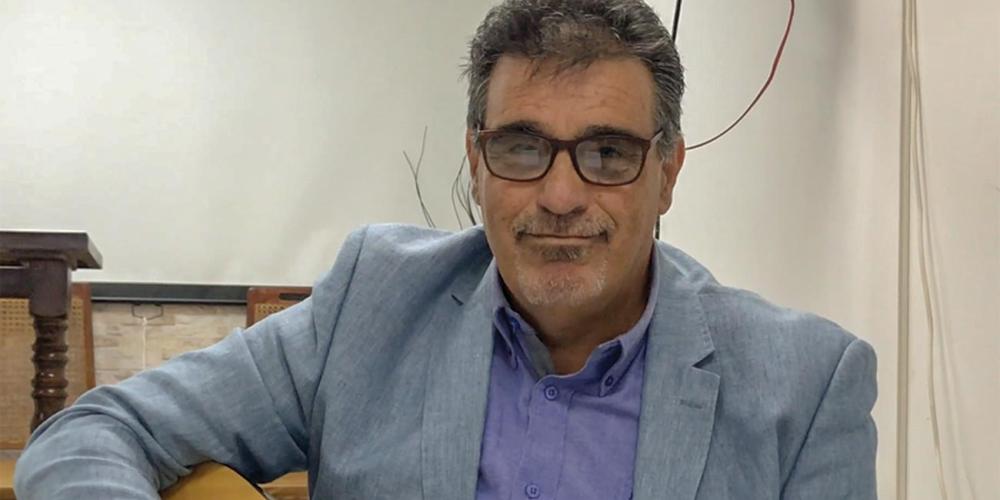 Nestor thought he could only preach, sing, and play the guitar.

In Uruguay, there are three cows for every one person.

To Sabbath School teachers: This story is for Sabbath, May 25.

Nestor Alvaro Rivero, a retired driver in Uruguay, used to think that the only way that he could share Jesus was by preaching, singing, and playing the guitar.

But then Nestor did the impossible. He shared Jesus by opening a church.

It all started when Nestor’s pastor in Uruguay’s capital, Montevideo, asked him to work as a missionary in the Goes neighborhood, a central city location without a Seventh-day Adventist church building.

Nestor would work with nine other people, including four local residents who were baptized recently through the efforts of visiting student missionaries.

Nestor and his nine companions got busy.

They rented a former café, repainted the walls, and turned it into a church.

Then they went door to door in the neighborhood and met people.

“We started work around the clock, and in a short time we reached many people,” Nestor said.

In the first year, five people were baptized.

Then church membership swelled to 25 people, and the little church ran out of space.

Church members prayed and scouted the neighborhood for a larger building. Around the same time, the Adventist world church designated the church as a recipient of a 2016 Thirteenth Sabbath Offering.

When the money arrived in Uruguay, the church moved to a newly purchased two-story building.

The new church has a large hall with 48 chairs on the ground floor.

A video link is being set up so people can watch worship services from five rooms upstairs.

“We are grateful for the help that we have received from church members around the world,” Nestor said. “Our work and the help from the Thirteenth Sabbath Offering have resulted in a very strong church with good roots and members who are willing to serve.”

Then Nestor paused and corrected himself.

He said the church’s growth had little to do with the work of the church members.

“God prepared the people before we arrived,” Nestor said. “He brought us the people.”

When the new church building opened in December 2016, many people stopped to look at it.

“Are you connected to Nuevo Tiempo?” said another, pointing to the television and radio station’s logo in a church window. Nuevo Tiempo is the local affiliate of the Adventist Church’s Hope radio.

Nestor is thrilled that the church is growing. Three more people are preparing for baptism.

“I once thought that I could only serve God by preaching, singing, and playing the guitar,” he said. “But now my goal is to keep planting churches. I understand that this is the mission that God has given to me, and I like it.”

Thank you for your 2016 Thirteenth Sabbath Offering that helped Goes Seventh-day Adventist Church relocate into a its own church building and community center in Montevideo, Uruguay. Thank you for your faithfulness to the mission of preparing people for Christ’s soon return.

In Uruguay, there are three cows for every one person.