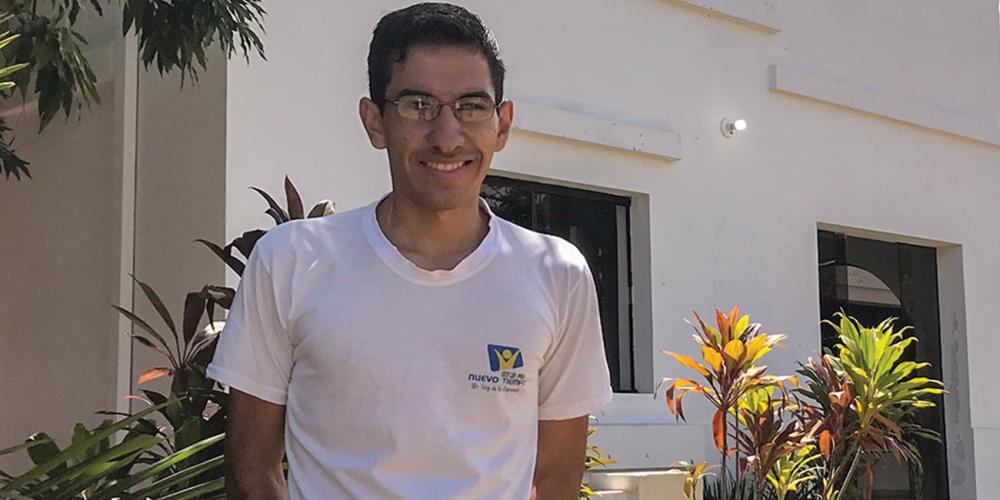 No Shoes, No Parents

“We have something to tell you,” said Father. “You both are adopted.”

Paraguay is home to the world’s largest rodent called the Capybara, which is something like a giant guinea pig.

To Sabbath School teachers: This story is for Sabbath, May 11.

Antonio is 21 years old and very brave. He goes five days a week to the crowded Tacumbu prison in Paraguay’s capital, Asunción, to give Bible studies to 11 inmates.

But Antonio wasn’t always so brave. He grew up with a violent father and didn’t own a pair of shoes until he was 13. He says it is a miracle that he only visits the prison and is not an inmate living there.

Some of Antonio’s earliest memories are being beaten by his father. His parents cleaned houses for a wealthy man and cared for his cows, sheep, and chickens in the town of General Diaz.

Antonio and his older brother, Cristobal, often went hungry because their parents spent all their money on alcohol and cigarettes.

When Antonio was 7, his parents were fired and evicted from their home. They built a house of straw on a riverbank outside town, and Antonio fished in the river to eat. Though still in school, Antonio started working at the age of 9. He and his brother made bricks in a small factory and cleaned the factory owner’s house. The parents took the boys’ salaries to buy alcohol and cigarettes.

“We didn’t even have money for shoes, and I went barefoot to school for six years,” Antonio said. “In the seventh grade, I managed to save up a little money from my job and bought a pair of cheap shoes.”

By working overtime in the brick factory, Antonio and his brother received bricks as payment, and their parents built a brick house on the riverbank. They moved into the house when Antonio was 11.

One day, Antonio and Cristobal were playing ball when Father called them into the house. “We have something to tell you,” said Father, standing with Mother. “You both are adopted.”

Antonio learned that his birth parents were poor and had asked this couple to take him and his brother. Antonio was 8 months old when he was adopted.

Antonio was shocked, sad, and confused. Cristobal, who was 13, wept uncontrollably.

A short time later, a Seventh-day Adventist relative, Victoriano, visited the family and presented them with a Bible. Antonio’s parents didn’t know how to read, so he read to them. The first time he opened the Bible, he started reading about David and Goliath. He liked the story and, curious to learn more, read on his own. He found peace in the Bible. His favorite verse is Psalms 27:10, which says, “When my father and my mother forsake me, then the Lord will take care of me” (NKJV).

The family started taking Bible studies and, a year later, when Antonio was 12, he was baptized together with his parents and brother. On the day of his baptism, Antonio forgave his birth parents for abandoning him.

His adopted father, once drunk and angry, became kinder. He asked Antonio and Cristobal for forgiveness.

Several years passed and, through Facebook, Antonio learned that he had four more brothers and sisters. He also learned that his birth mother lives in a remote village far away. He couldn’t find his birth father, who had divorced his mother.

Antonio now works as a missionary with a church in Asunción that opened with money from the Thirteenth Sabbath Offering three years ago. As a missionary he gives Bible studies at Tacumbu prison, and seven inmates have been baptized. He hopes to become a pastor one day. He also hopes to meet his birth mother.

“My dream is to see my birth mother and to teach her the Bible and about Jesus,” he said. “Jesus gave me life and a purpose in life and happiness.”

Paraguay is home to the world’s largest rodent called the Capybara, which is something like a giant guinea pig.