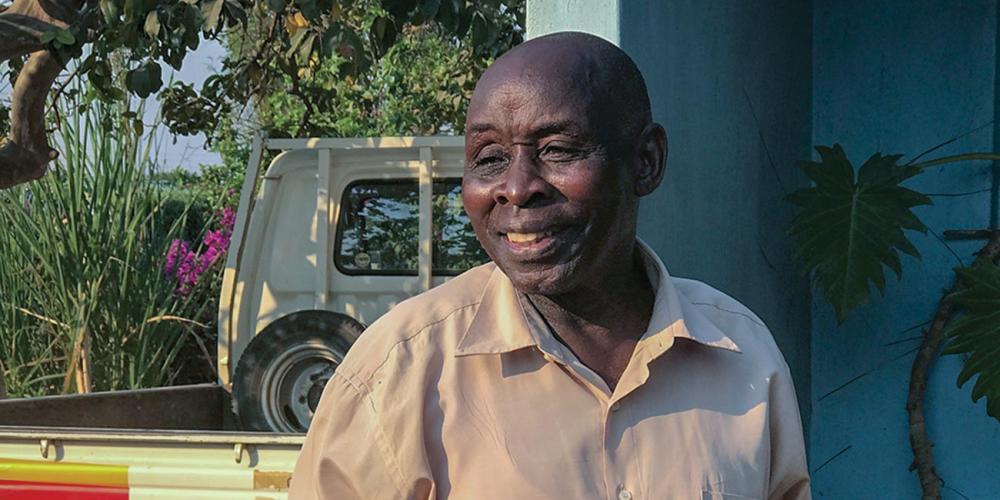 Amazing story of an early “center of influence” in Africa.

The Thirteenth Sabbath Offering for second quarter 2019 will help open a:

To Sabbath School teachers: This story is for Sabbath, March 30.


Note: Ask up six children to present this program. The children don’t have to memorize their parts, but encourage them to read through their part several times so that their presentation is smooth and comfortable. Pictures are available at the link: bit.ly/fb-mq.

Narrator: This quarter we have met people from Botswana, Mozambique, São Tomé and Príncipe, Zimbabwe, and Zambia. Today we will hear one more story from Zambia—about an amazing borehole.

Narrator: A “center of influence” is a place used by Seventh-day Adventist church members to connect with the local community. A center of influence can be a bookstore, a vegetarian restaurant, or a reading room.

This is the story of one of the first Adventist centers of influence: a simple borehole dug with mission money in 1914.

This is Simon H. Chileya II, one of the few people still living with direct knowledge of these historical events. Pastor Simon is 83 years old.

Pastor Simon: The story began in 1903, when U.S. missionary William Harrison Anderson arrived in Northern Rhodesia. He found some land that he thought would be perfect for opening a mission station. It was located about 1 mile (2 kilometers) from the mighty Magoye River.

Pastor Anderson: May we please have this land for a mission station? We want to open a farm to grow crops. We also want to open a school where children can learn to read and write and know God.

Headman: I like you, but I’m sorry. We have already given this land to a priest. He also wants to open a mission station, and he has gone to his home in Europe for supplies.

Pastor Simon: But there was a problem with the land rights. When land is given away, the person who receives the land must accept it to become the owner. Under local tradition, the new owner accepts the land by tearing the bark off a tree and writing on the trunk. The priest hadn’t done this.

So, the headman called together other headmen from across the river to discuss what to do. The headmen decided that the priest hadn’t accepted the land so they would offer the land to Pastor Anderson.

Pastor Anderson claimed 5,000 acres (about 2,025 hectares) of land by tearing the bark off a tree and writing on the trunk.

After that, Pastor Anderson traveled to the Solusi mission station, which he had opened nine years earlier, to get supplies for the new mission station. It took him two months to walk the 900 miles (1,450 kilometers) to Solusi in Southern Rhodesia.

While he was gone, the priest returned.

Headman: Sorry, we have given the land to someone else.

Later, Pastor Anderson built a permanent marker to show that he had accepted the gift of the land. Part of the marker still stands today.

The priest was not left empty-handed. The headman who gave the land to Pastor Anderson suggested that the priest speak with other headmen across the river. Those headmen gave the priest some land for a mission station.

Meanwhile, Pastor Anderson got to work on opening the mission station, known as the Rusangu Mission. He planned to spend two years on construction and learning the local Tonga language before opening a school.

But the day after Pastor Anderson arrived, a young man who spoke a little English came to him as he cut poles to build his hut.

Young Man: Teacher, I have come to school.”

Pastor Anderson: School! We have no school yet, not even a house. I must study the language, reduce it to writing, make schoolbooks. In two years we may have a school.

Young Man: Are you not a teacher?

Pastor Anderson: Yes, that is my work.

Young Man: Then teach me. All this country has heard that you are a teacher and have come to teach us; and here I am. I have come to school.

Pastor Simon: Within a month, Pastor Anderson was teaching 40 students.

Water, however, proved to be a problem for the mission station because it had to be carried from the Magoye River, located a mile away. Pastor Anderson decided to dig a borehole, a deep, narrow hole, in the ground.

The General Conference gave $1,000 to the mission station to dig the borehole and make other important improvements.

The borehole, located near Pastor Anderson’s permanent marker, attracted villagers from all around.

Coming to draw water brought people to Pastor Anderson and other missionaries and gave the missionaries a chance to talk with them. Many people were baptized as a result, including a man who told me the story that I am telling you today.

Narrator: The land accepted by Pastor Anderson is in the country of Zambia and is now occupied by an elementary school, a high school, and a university with 4,000 students.

There were no Adventists when Pastor Anderson arrived in 1903. But the borehole helped bring the first people to Christ, and today Zambia has more than one million church members.

This is the power of the Holy Spirit working with a simple borehole funded by mission funds.

Today, we are collecting a special offering for projects in Mozambique and São Tomé and Príncipe that, with God’s blessing, could grow as big as Rusangu Mission with its borehole. Thank you for your big Thirteenth Sabbath Offering.

The Thirteenth Sabbath Offering for second quarter 2019 will help open a: