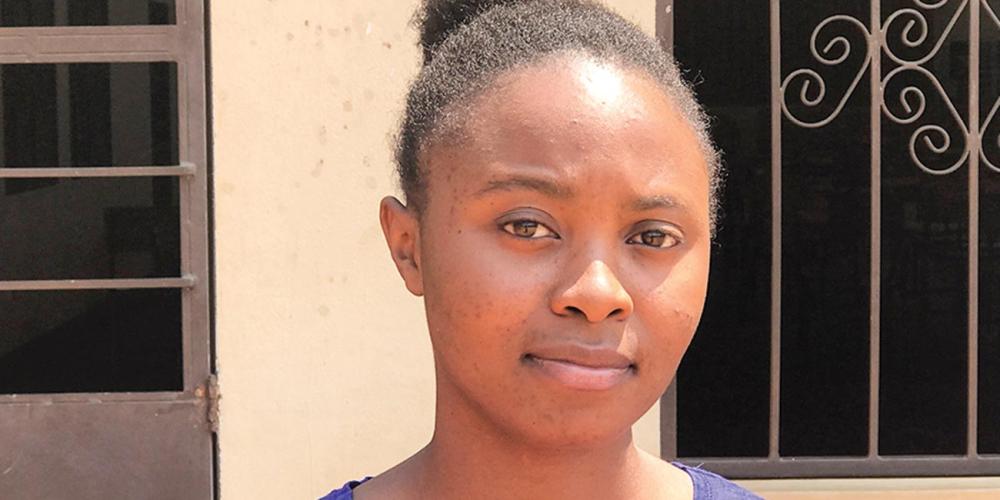 “This girl is going to die,” friends said.

To Sabbath School teachers: This story is for Sabbath, March 23.

Namoonga stopped going to school at the age of 13.

She couldn’t walk from the couch to the door in her home in Zambia’s capital, Lusaka. The room always felt stuffy, so she sat on the couch by the open window, struggling to breath.

Namoonga didn’t have the strength to study. She couldn’t read or write. She sat by the window and grew thin.

Her parents and friends prayed. They openly discussed their worries.

“This girl is going to die,” said one.

“The doctors can’t operate on her,” said another. “She is too thin.”

Medical doctors ran a series of tests and declared that Namoonga had a leaky heart value. She needed open-heart surgery to replace the value.

“I was told that I had to undergo an operation and that was the only way to get better,” she said.

The operation would take place at University Teaching Hospital in Lusaka, but first Namoonga had to wait for qualified surgeons to arrive from Russia. Russian doctors usually came twice a year to conduct open-heart surgery at the hospital.

Namoonga’s health grew worse as she waited. She spent time in and out of the hospital, and several times she was admitted twice the same week after her legs swelled up.

Finally, the Russian doctors arrived. As Namoonga was wheeled into the operating room, she prayed, “God, I am ready to go to the operation. Whatever happens, let it happen. Let it be according to Your will.”

The delicate surgery lasted eight hours. The doctors carefully removed the leaky heart valve and replaced it with a metal value.

When Namoonga woke up, she immediately asked for a glass of water. She felt tired and weak. She looked around the hospital room and saw machines everywhere. Then she saw her family, waiting to hug her.

Three days later, she was moved from the intensive care unit to a regular hospital room.

The doctors declared the operation a success, but they cautioned Namoonga that she would have to take heart medicine every day for the rest of her life.

Several months after the operation, Namoonga returned to school.

Ten years have passed since the operation. Today, Namoonga is 24 years old and a fourth-year student at Rusangu University. After graduating, she hopes to set up an organization to help children with heart problems.

Namoonga said surgery and medicine are important but only God deserves the credit for saving her life. “God gave me life and is keeping me,” she said.

Her words echo Revelation 4:11, which says, “You are worthy, our Lord and God, to receive glory and honor and power, for You created all things, and by Your will they were created and have their being” (NIV).

“God has been there since the beginning,” Namoonga said. “It was not the medicine that helped me get better. It was God keeping me. It is not because of the metal valve that I am still alive. It is God keeping me alive all the time.”

Namoonga Masenke is among 4,000 students studying at Rusangu University, located on land where U.S. missionary William Harrison Anderson established the first Adventist outpost in Northern Rhodesia (now Zambia) in 1905. Mission offerings supported Anderson’s work in setting up the first school at Rusangu and continue to fund the spread of the gospel today. Thank you for your mission offering.