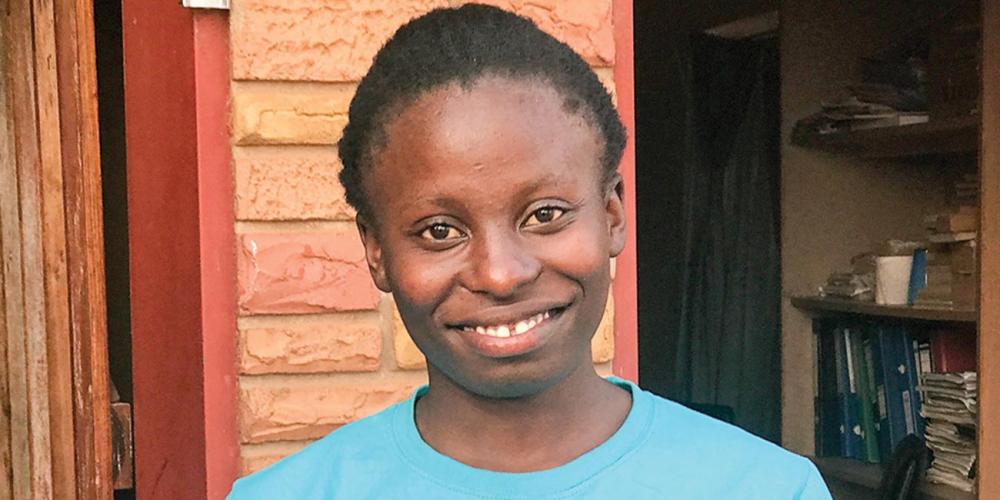 A shrill scream alerted me that something terrible had happened.

To Sabbath School teachers: This story is for Sabbath, March 16.

By Mary Mupaliwa, as told to Andrew McChesney

The worst day of my life happened when I was 17 and in the seventh grade.

I lived with my older brother in Zambia’s capital, Lusaka, and helped him and his wife around the house. I also babysat their two children, a six-year-old girl and two-year-old boy.

One day, I took the boy, Riudo, across the street to visit a family friend and her daughter, who was about my age. The neighbors’ house had no electricity, and they heated their food on a charcoal stove.

As the family friend and I were talking in the living room, Riudo ran into the kitchen. The daughter had just taken a pot of boiling water off the stove and placed it on the floor in preparation for an evening bath.

A shrill scream alerted me that something terrible had happened. I rushed into the kitchen and found Riudo, standing still and wailing in pain. One leg of his tracksuit pants was dripping with water. His leg had slipped into the water.

I didn’t know what to do.

“Let’s kneel down to pray,” my friend suggested.

I believed in God, but I didn’t pray often. I wasn’t sure what to say. After we knelt, I prayed, “Why have You done this to me? Let Your will be done.”

Afterward, my friend took off the boy’s pants. The skin on his leg peeled off with the pants. I ran to our home across the street to get some butter, and we smeared it on his leg to stop the swelling.

My friend asked a neighbor with a car to take us to the hospital. Then she called my brother and his wife, who were at work.

My sister-in-law arrived at the hospital first. She looked at me and said, “What have you done to the child?”

I felt at fault for everything. I didn’t know what to do, and I cried.

After a while, I realized that I couldn’t help at the hospital, so I returned home and prepared an evening meal of nshima (thick maize porridge) and chibwabwa (pumpkin leaves), which I left on the table.

The rest of the family arrived home at 11 p.m. Other relatives also started coming to the house. Instead of asking me what happened, they blamed me and criticized me harshly.

I didn’t want to see the child in pain. It was an accident beyond my control. I stopped eating for a week.

When my mother, who lived in another part of town, heard that I wasn’t eating, she came to visit.

“Everything happens for a reason,” she said. “As long as God knows you didn’t do it on purpose, He surely will help you through this. But not eating won’t help you. If you eat and are happy, it will help the child get well soon.”

I ate for the first time that same day.

By the grace of God, Riudo was healed completely in just three weeks! I was amazed. Today the boy is a typical five-year-old and you can barely see any scars on his leg. My relationship with my relatives has also returned to normal.

Despite the agony of the accident, I managed to pass seventh grade and enroll at Rusangu Secondary School the next year. I have learned a lot spiritually, academically, and socially at the Seventh-day Adventist boarding school, and I am thinking about getting baptized.

These days, I’ve made it my prayer to put God first in everything that I do because He gave me strength when I needed it most. People may run out and reject me, but the one Person who will always accept me is God.

Mary, 20, is an eleventh-grade student at Rusangu Secondary School, located on land where U.S. missionary William Harrison Anderson established the first Adventist outpost in Northern Rhodesia (now Zambia) in 1905. Mission offerings supported Anderson’s work in setting up a school at Rusangu and continue to fund the spread of the gospel through missionaries today. Thank you for your mission offering.