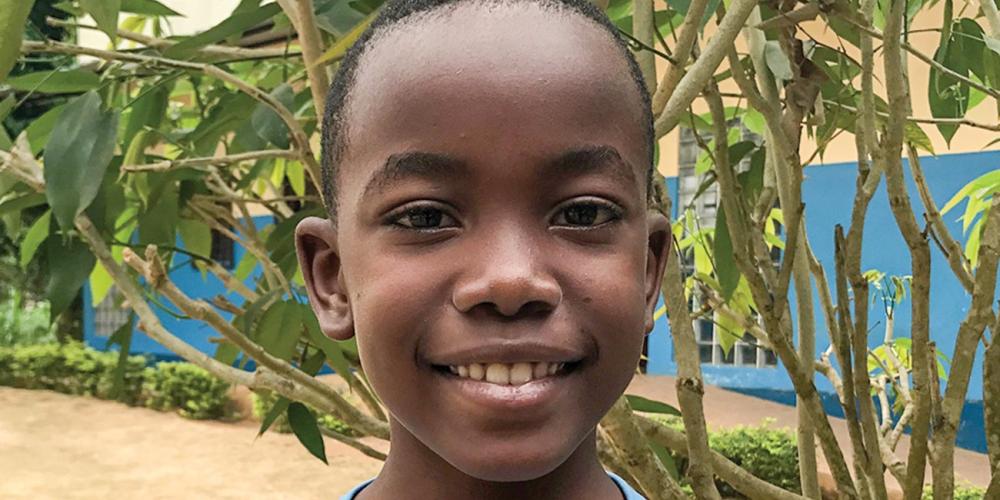 Anselmo fights with his sister until he hears the story of Joseph.

Adventists began work on São Tomé Island with the arrival of José Freire, a Portuguese colporteur, in 1936. In 1938, he settled as a missionary, and in February 1939 the first baptisms were conducted.

To Sabbath School teachers: This story is for Sabbath, Feb. 16.

The big fight for the television started when Anselmo wanted to watch a cartoon about superheroes on Channel 24 in his home in São Tomé, capital of the island nation of São Tomé and Príncipe off the West African coast.

His older sister, Eliene, wanted to switch the channel to watch a program about princesses on Canal Panda.

“I was watching first,” Anselmo told his sister.

That annoyed Anselmo. He couldn’t argue because his sister was older, so he did the next best thing. He slapped her on the arm.

“Why did you hit me?” Eliene growled.

She didn’t like being slapped, and she slapped him back. That made Anselmo even more angry and he slapped her again.

The two children slapped each other back and forth, their voices growing louder and louder as they howled in protest of the other’s actions. The commotion drew Mother to the room.

“Stop!” she commanded, angrily. “Don’t fight because one day you will hurt each other.”

Mother told the children to take turns watching television. Anselmo could finish watching the cartoon and then Eliene could watch her program.

Anselmo didn’t like arguing with his sister, and he really wanted to obey Mother. But before long, Eliene said something annoying again. Before he knew it, he had slapped her on the arm again.

Then one day, Anselmo saw a commercial for a Seventh-day Adventist school on television. He liked the commercial, and he thought he could make good friends at the school. So, he told his parents that he wanted to study there.

“We’ll send you there if we can find the money,” said Father, who worked for an oil company.

Father found the money and sent Anselmo to the school for the third grade. Anselmo found the school was different from his old public school. His former teachers were all from São Tomé and sometimes beat him when he misbehaved. The new teachers, however, never hit him, and some of them were missionaries from Brazil and Portugal.

He found two neighborhood friends were already studying at the school, and that helped him feel comfortable.

Every morning, the teacher read a story from the Bible before lessons started.

Anselmo had never heard about Jesus or read the Bible, and he loved to listen to the stories. When the teacher read about Joseph’s quarrels with his older brothers, he remembered his arguments with his older sister. He heard how the brothers grew so angry that they sold Joseph into slavery in Egypt. He rejoiced when Joseph later forgave his brothers.

“My favorite part of the story is when Joseph became prime minister and invited his brothers to the meal and forgave them,” he said.

When Anselmo returned home from school that day, he told his sister about Joseph.

Part of this quarter’s Thirteenth Sabbath Offering will help Anselmo’s school—International Adventist College - Cosme Mota—build an auditorium where all the children can attend morning worship to learn more about God.

“Before I didn’t know anything about God and I didn’t know whether He existed,” said Anselmo, who is now eight and in the fourth grade. “But the school taught me that He is love and important in my life.”

Thank you for your mission offering.

Adventists began work on São Tomé Island with the arrival of José Freire, a Portuguese colporteur, in 1936. In 1938, he settled as a missionary, and in February 1939 the first baptisms were conducted.