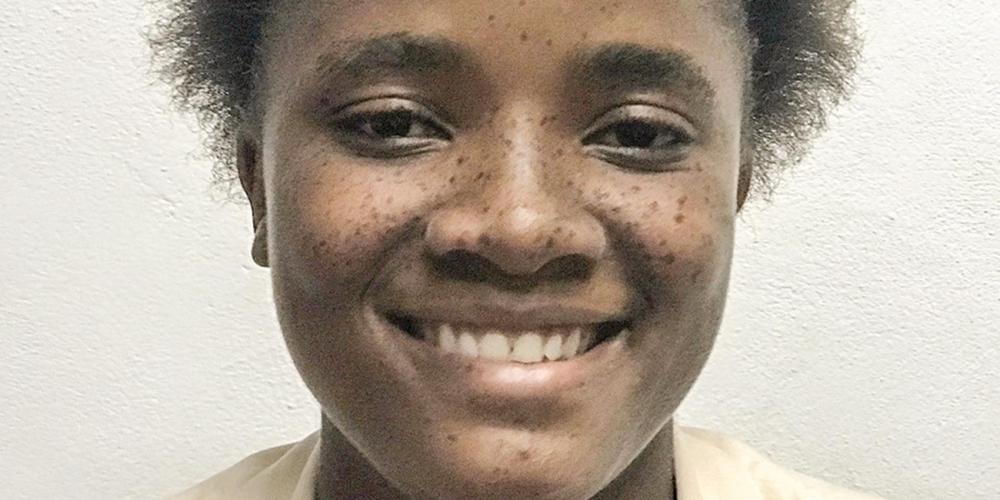 The witch doctor said Isaltina had to take a special bath to appease a dead relative.

To Sabbath School teachers: This story is for Sabbath, Feb. 2.

Uncle wasn’t happy. He had many problems at work in Maxixe, Mozambique, and he wondered why nothing ever seemed to go right. So, Uncle went to a witch doctor to find out why.

The witch doctor said the answer was simple: his grandfather.

The witch doctor said Grandfather, who had died many years earlier, wanted his bones removed from the grave and placed in the family home. Then Uncle needed to gather his relatives for a special ceremony. After that, the witch doctor said, Grandfather would stop bothering him, and his problems would end at work.

Uncle called together his nephew and several other relatives, and they went with shovels to Grandfather’s grave. Grandfather had died during a civil war in Mozambique, and he was buried in someone’s yard.

Uncle dug and dug, but he couldn’t find Grandfather’s bones. Finally, Uncle gave up and decided to go ahead with the special ceremony without the bones in the family home.

“So, my family organized the traditional ceremony, even though there were no bones at home,” said Uncle’s 19-year-old niece, Isaltina.

Isaltina is the youngest in the family, and she wasn’t allowed to attend. But her parents told her that she had to participate in the last part of the ceremony: a special bath. Family members were supposed to pour buckets of water containing dead leaves and twigs over their bodies. The witch doctor said the bath would protect each family member from Grandfather in the future.

Isaltina, however, refused to take the bath. She had just been baptized at Mozambique Adventist University, where she was a student, and she thought the bath was nonsense.

“Something bad will happen to you because you have refused to bathe in that treated water,” she said. “I won’t help you when it happens.”

Isaltina wasn’t worried because she had learned at school that dead people cannot trouble the living. She had read Ecclesiastes 9:5-6, which says, “For the living know that they will die; but the dead know nothing. … Neither have they any more a portion forever in anything that is done under the sun.”

“The belief that someone who dies is still alive is false because the Bible teaches that the dead know nothing,” she said. “Death is like a deep sleep. Anyway, a bath cannot protect anybody from anything. The only one who can protect people is God.”

Something bad happened to Isaltina after she refused to take the bath. Her family told her that they would no longer pay for her to study at Mozambique Adventist University, located a nine-hour drive from her home in the city of Beira. They warned her that when she couldn’t pay for her studies, she would be kicked out of the university dormitory where she lived and end up living on the street.

Isaltina didn’t know how to find money to continue her studies, and she prayed to God for help. She also told her classmates and teachers about her family’s decision to stop paying for her tuition.

When it came time to pay for classes, the university’s president told Isaltina not to worry. The university had decided to award her with a scholarship that covered her tuition. A married couple studying at the university invited Isaltina to live in their home for free.

Isaltina immediately thanked God for providing a way for her to stay at the university.

Isaltina, who is now finishing her second year at the university, said her life hasn’t always been easy, but she doesn’t blame Grandfather for any troubles.

“Anything bad that has happened to me is not because of my dead grandfather,” she said. “Those things have happened as a lesson. When we are faced with challenges, our faith grows, and my faith has growth significantly.”

Part of this quarter’s Thirteenth Sabbath Offering will help Mozambique Adventist University grow so more students like Isaltina can study there. Thank you for your mission offering.