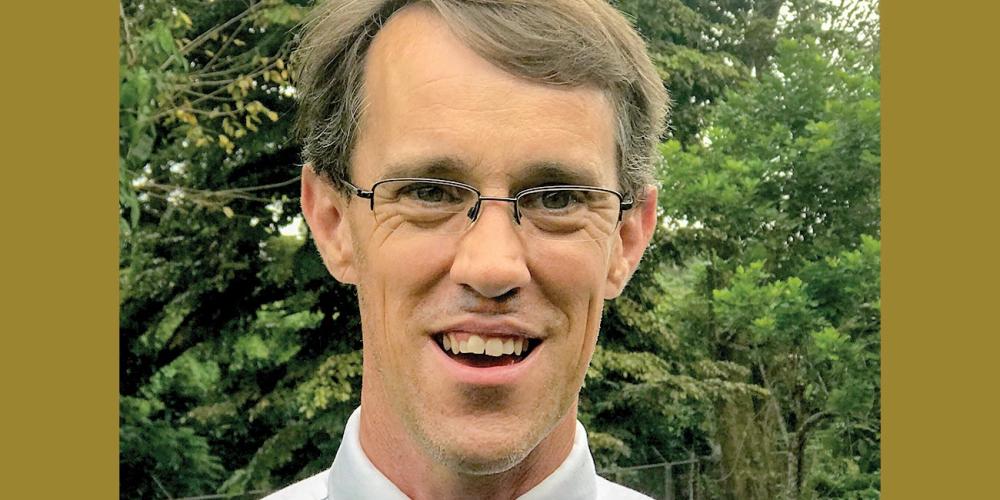 The elderly woman picked up the book and examined it. Why was it glowing in the dark?

To Sabbath School teachers: This story is for Sabbath, Dec. 22.

Villagers sang and danced when the mission airplane arrived with two student missionaries in the Indonesian province of Papua.

The joyful celebration stretched on for more than an hour in Yabosorem, a remote village with no school, no clinic, and nothing else from the outside world. Perched on a mountainside, the village is only accessible by air.

Darron Boyd, who had helped arrange the placement of the student missionaries, watched with amazement and turned to an interpreter who had accompanied them on the flight.

“What are they saying?” Darron asked.

The interpreter, with tears rolling down his cheeks, replied, “They are saying, ‘We are so very happy because our children will be able to read to us the very words of God!’”

After the airplane left, the missionaries — a 19-year-old woman and a 21-year-old woman from another part of Indonesia — got to work opening a small school. Nobody knew how to read in the village of 200 people.

Many villagers were thrilled to have the missionaries, but some were deeply suspicious. Most suspicious of all was the elderly wife of the village chief. She couldn’t read the books that the two missionaries had brought, and she cautioned the other villagers to be very careful.

The two missionaries were kind to the elderly woman. Soon after they arrived, they gave her a book of Bible studies. The elderly woman was pleased with the gift, even though she couldn’t read, and she placed the book beside her bed.

One night, the elderly woman woke up in the pitch-black darkness and saw a light in the room. Turning over, she saw that the book was glowing.

The elderly woman carefully picked up the book and examined it. Why was it glowing in the dark? She couldn’t understand what was happening.

As she studied the book, a brighter light suddenly shone in the room. The woman looked up and saw a tall, shining white man standing in the hut. Before she could speak, the man said, “The book is telling you the story of Noah, who was helping prepare the world for destruction. He told the truth to the people, just like the girls are telling the truth to the people in this village. So, you can believe what they are teaching you.”

Then the man vanished.

As soon as the sun started coming up, the woman excitedly rushed out of her hut to tell the other villagers about what she had seen and heard.

The villagers had never seen an angel before, but they believed that angels had white skin and could be trusted to speak the truth.

Soon the whole village heard about the angel, and everyone was eager to hear the two missionaries teach from the Bible. In eight months, 23 people were baptized.

The village chief, who didn’t see the glowing book or the angel, was so amazed by his wife’s story that he tore down part of their home to build a small Adventist church.

“Angels are still alive, still working. They are right by our side,” said Darron, who has visited the village several times for Adventist Aviation International, which sends mission planes around the world.

“God said in the last days He’s going to pour out His Spirit, and I think we are seeing that right now in a place like Yabosorem,” he said.