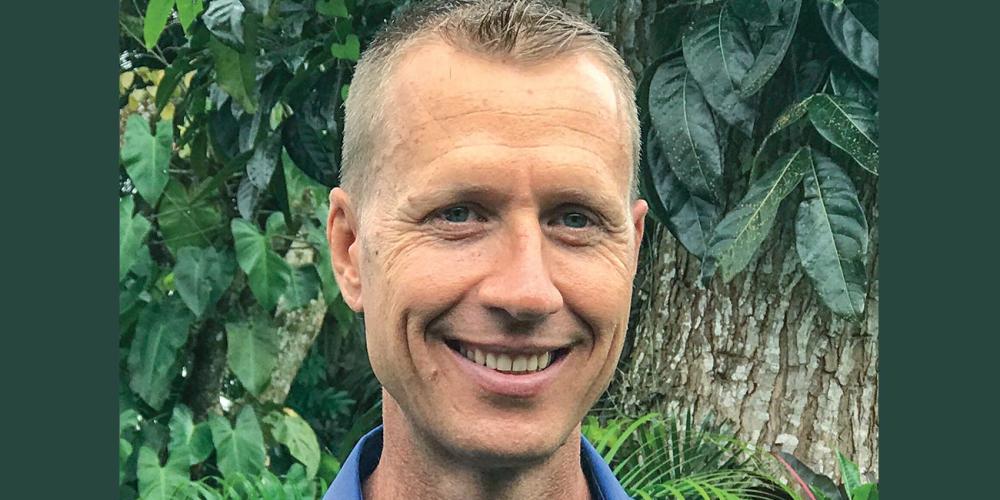 Gary hadn’t expected people in Suminka to have heard about the Adventist Church.

The Thirteenth Sabbath Offering will assist two countries next quarter. It will help to:

Children’s Project: Portuguese Bibles for children from needy families in Mozambique and São Tomé and Príncipe

To Sabbath School teachers: This story is for Thirteenth Sabbath, Dec. 29.

All the villagers raced to the airstrip, singing and dancing, when mission pilot Gary Roberts landed at Suminka [pronounced: soo-MIN-ka], a remote village in the Indonesian province of Papua.

It had taken the villagers 10 years to cut down the trees by hand to clear the way for an airstrip at their mountainous village. Gary’s mission plane was the first to land. This was a big event.

But as Gary stepped out of the plane, the crowd grew silent. The singing and dancing stopped.

“Is this a Seventh-day Adventist plane?” a man asked.

The villagers had seen the three angels’ logo on the airplane’s tail.

Gary was surprised. He hadn’t expected people in Suminka, a village previously accessible only by a long trek by foot, to have heard about the Adventist Church.

The villagers soon told him that many of them were keeping the Sabbath. The reason, they said, was because of a Seventh-day Adventist dog.

The story started several years earlier in another village when an Adventist pastor, Moses, and a lay pastor named Darius had the same dream on the same night. In the morning, one said, “I had a dream last night.” The other said, “I did, too, but I didn’t want to tell you.” They both had seen an angel in the dream, and the angel said, “Go to Suminka.”

The two men set off on the three-day hike to Suminka.

Arriving at the village, they announced evangelistic meetings would be preached every evening for a week from a porch on the far side of the village. But the day of the first meeting, Pastor Moses fell ill with malaria. He was terribly sick, and the villagers said he would die.

“But if he gets better, then we will listen to him at the meeting,” they said.

All day Pastor Moses was sick. But at 5 p.m., he suddenly felt better. He took a bath and preached. Afterward, he fell very ill again. This happened all week. He was sick until 5 p.m.; recovered, took a bath and preached; and then sank back into bed. At the meetings, he told the people about the Sabbath and cautioned against eating unclean meat such as pork. Wild pigs are a popular dish in the Papua mountains.

When the week ended, Pastor Moses made an appeal. No one come forward.

Pastor Moses and Darius returned home deeply disappointed. They wondered why they had had the dream without any results.

Back at Suminka, life resumed as normal — until Saturday morning. The village’s best hunting dog, Dolby, got up and headed down the trail. Its owner and other villagers thought it was onto something, perhaps a wild pig, so they followed. The dog went to the porch where the missionary had spoken and sat down in front of it. The villagers thought that was strange.

The next Saturday, the same thing happened again. The dog got up, walked over to the porch, and sat down.

That wasn’t the only odd thing that the dog did. The villagers also noticed that it had stopped eating pork. It refused to hunt for wild pigs and other unclean animals.

The villagers said to one another, “Dolby has become a Seventh-day Adventist. If he worships on Sabbath, we should, too.”

Many villagers began to keep the Sabbath and stopped eating unclean foods.

Gary, the mission pilot, was excited when he heard the story, and he called Pastor Moses. The pastor sent Darius to the village to prepare people for baptism.

Today, about half of the village of 200 adults and children worship on Sabbath, and 21 people have been baptized. Dolby continues to shun unclean food. Villagers say he is a very healthy dog.

The Thirteenth Sabbath Offering will assist two countries next quarter. It will help to:

Children’s Project: Portuguese Bibles for children from needy families in Mozambique and São Tomé and Príncipe