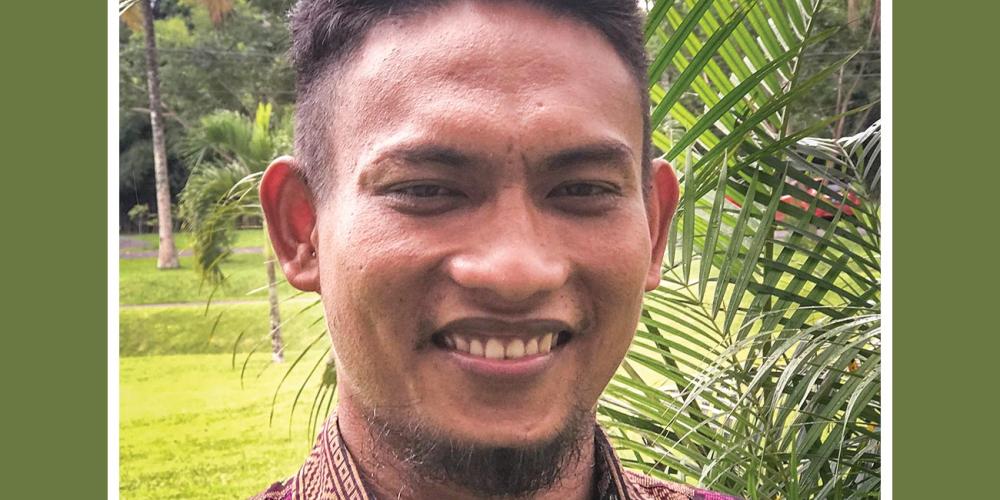 “Since that experience, I am no longer afraid about what people might do to me.”

To Sabbath School teachers: This story is for Sabbath, Dec. 8.

The man hit Peter with a stick as soon as Peter exited the car in the Indonesian village of Momoda.

“How dare you baptize my boy!” he said angrily, swinging the stick at Peter.

Several other people joined the man in hitting Peter with sticks. The man’s 11-year-old son stood watching. Peter’s wife and three teenage children couldn’t do anything to help, and they cried. The student missionary, Ayup, who had organized the car trip, was shocked.

But the angry villagers were making a mistake. It was Peter—not the 11-year-old boy—who had been baptized that day.

“Daddy, I wasn’t baptized,” the boy said. The boy loved cars and had just gone along with Peter and the others for the ride to the ocean for the baptism.

The villagers stopped beating Peter. The man grabbed his son by the arm, and the group melted into the night.

Peter knew that it was not the end of the story, and he urged his family to hurry home. He told Ayup, the student missionary who had taught him the Bible, to go with them.

Sure enough, the villagers soon started asking one another, “Why did we release them? Why did we beat only Peter and not the missionary? We have to go look for the missionary.”

A crowd descended on Peter’s house around 9:30 p.m. It was pitch-black outside. The village had no electricity.

Ayup and the family were already on their knees near a flickering oil lamp, praying to God for protection. “Lord, help me so that I can be a blessing and I can strengthen this family,” Ayup prayed. “Protect us and keep us safe.”

The villagers, waving big sticks, prepared to storm the house. But as they tried to enter the yard, a bright light suddenly surrounded the house. Shocked, the villagers fell back and covered their eyes. The light was as bright as the sun, and it was unclear where it had come from. Panic swept over the villagers, and they fled into the darkness.

Inside the house, Ayup and the family knew nothing about the light. Still kneeling by the oil lamp, they only heard the cries of the crowd fade into the night.

The next day, a villager told Ayup about the mysterious light.

“There was a light, shining brightly, that covered the house,” he said. “We tried to enter the yard, but we couldn’t because the light was too bright for us to get closer.”

Ayup was amazed when he heard the story.

“Since that experience, I am no longer afraid about what people might do to me because I know that God protects those who are faithful and pray to Him,” he said.