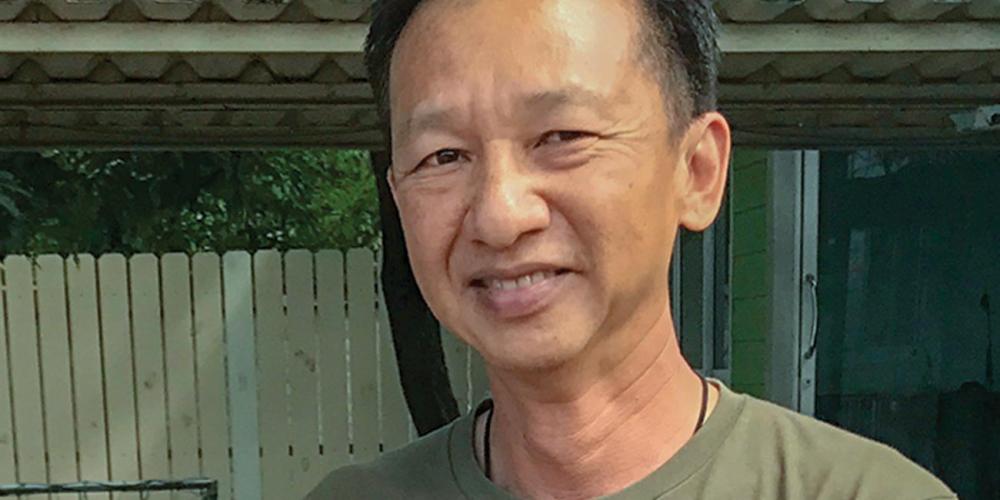 The boys were shocked to see their father’s injuries, and Jeremy immediately began to pray.

To Sabbath School teachers: This story is for Sabbath, Oct. 27.

Father sent his two sons to the Adventist International Mission School in Thailand because he wanted them to learn English.

After only two months at the school, his 6-year-old son, Jeremy, started begging him to attend a special Christmas program organized by the school. Jeremy rehearsed the program for his parents, singing songs, dancing, and reciting poems.

The day before the performance, however, Father ate some grilled pork that caused him to become sick. He spent most of the night in the bathroom.

In the morning, his worried wife said, “You had better go to the hospital. I don’t want to lose you.”

“I will go to the hospital, but only after tonight’s performance,” Father said.

When he entered the rented hall that evening Father realized that he had made a mistake. He felt so faint that he couldn’t hear the performance and feared he would pass out. The program finally ended, and he heard the announcement, “Please, proceed to the dinner that we have prepared for you.”

Father didn’t want to eat. Instead, he grabbed some juice and grapes from the table, hoping to calm his stomach, and told his wife that he would wait in the car.

Father rested in the backseat of the car for a few minutes, but then he felt the juice and grapes coming back up. He got out of the car and vomited on the street. He tried to call his wife on his cellphone, but she didn’t answer.

At that moment, Father fainted. He fell hard to the ground, and his face struck a concrete curb near the car.

The next thing Father knew, a teacher was standing over him. His nose and forehead were bleeding profusely. “Please, call my wife,” he said, weakly.

Moments later, his wife loaded him and their two sons into the car and sped off toward the hospital.

The boys were shocked to see their father’s injuries, and Jeremy immediately began to pray to their family carved god in the Thai language. But then he abruptly changed his mind and switched to the Lord’s Prayer in English.

“Our Father in heaven, hallowed be Your name,” the boy said, reciting words from a song that children at the Adventist International Mission School sing at the start of every school day. “Your kingdom come. Your will be done on earth as it is in heaven. Give us this day our daily bread. And forgive us our debts, as we forgive our debtors. And do not lead us into temptation, but deliver us from the evil one. For Yours is the kingdom and the power and the glory forever. Amen.”

After finishing the Lord’s Prayer, Jeremy prayed in Thai. “Dear Jesus, please don’t take my Daddy away,” he said. “He is a good man. Please help and protect him.”

Then Jeremy prayed the Lord’s Prayer again and his own prayer to Jesus. Back and forth he prayed until the car reached the hospital. Father was in pain, but he marveled at his young son’s compassion.

“I felt so happy,” he recalled later. “I didn’t know my son could do something for me. He was praying for me!”

He also wondered how the school had taught his son to pray from the heart in just two months.

“My son poured out everything,” he said.

At the hospital, the doctor took X-rays and declared that his cheekbone was injured. But, he said, no operation was needed.

Father is well now, but the boys haven’t stopped praying. Every night, they pray for a good rest and not to have bad dreams.

Whenever Jeremy sees someone in need on the street, he prays right on the spot for that person. “He believes that when he prays for someone, that person will get better,” Father said.

Sometimes Father joins his sons in praying to the God of heaven.

“I support my sons if they want to believe in Christ,” he said. “I don’t mind if someday they will change their faith and become Christians. They will still be my sons.”

Part of this quarter’s Thirteenth Sabbath Offering will help Adventist International Mission School construct a new campus so more students can learn about Jesus. Please pray that more children like Jeremy and their parents will know about God through the mission school. Thank you for your mission offering.