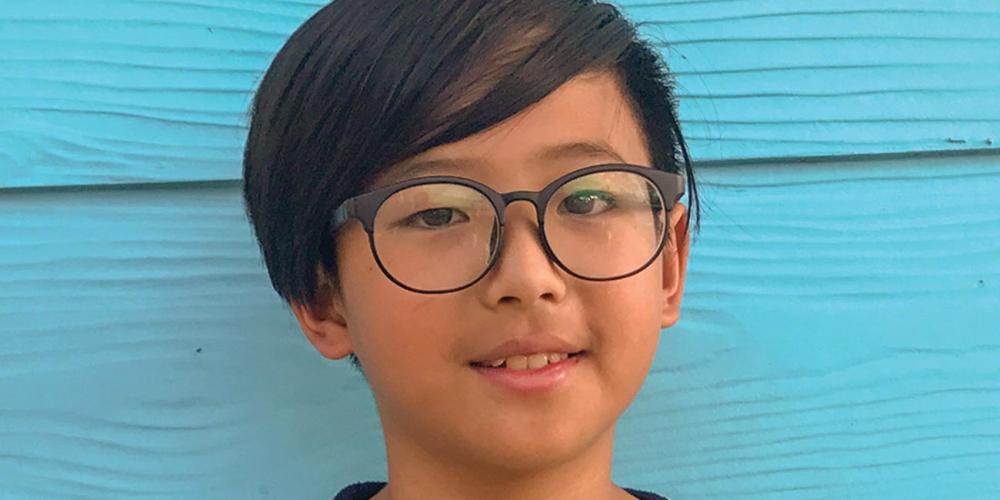 The words confused him. He had never heard the word “church” before.

To Sabbath School teachers: This story is for Sabbath, Oct. 6.

Two-year-old Lambeth crawled into bed with his mother in Korat, a city in northern Thailand.

It was late at night, nearly midnight, but something happened that changed their lives forever.

Tiny Lambeth suddenly cried out, “Mommy, look! God is there, and He told me to go to church.”

Mother was scared and confused, and she immediately hid under the blanket.

Mother peeked out from under the blanket.

The next day, Lambeth announced to his mother, “Let’s go to church.”

Mother was surprised. Her family, like many people in Thailand, was not Christian. They had never discussed church, much less visited one. She wondered whether someone had told Lambeth about God or he had heard something on television.

“This is just a little boy,” she thought. “Maybe he will forget.”

Aloud, she said, “Remind me on your birthday next year, and I’ll take you to church.”

Lambeth didn’t mention church again, but he wanted to hear about God. He begged Mother to read stories from the Bible. Mother wanted her son to be happy, so she bought a tall stack of children’s Bible books and began reading to him every day. The stories amazed Mother. She read about Jesus walking on the water and raising Jairus’ 12-year-old daughter from the dead. She read about Jesus turning water into grape juice and Peter catching a fish with a coin in its mouth.

“Are these stories real?” Mother wondered. “How is this possible?”

Lambeth had no doubt that the stories were true. He loved to listen to Mother read, and he believed the stories.

A year passed, and Lambeth celebrated his third birthday with a big cake. As his family ate the cake around the table, he turned to his mother.

Mother was surprised that the boy had remembered church, but she realized that they had read a lot about God over the past year. She wanted to keep her promise.

A week later, Lambeth found himself in church with his mother and uncle. He loved it.

“I had never seen a church before,” he recalled. “It was amazing.“

He pleaded to return the next week—and his mother and uncle started attending with him every week. Then his father joined them. Before long, Mother, Father, and Uncle had given their hearts to Jesus.

Today, Lambeth is 11 and is a fifth-grade student at Adventist International Mission School in Korat. His mother sent him to the school because she wanted him to learn English, and he has studied at the school since he was in kindergarten.

During a morning worship at the school, Lambeth shared his story about how he became a Christian with the other 150 students.

“This is the story about how I became a Christian,” Lambeth said as he began the story.

It was at the Adventist school that he first learned how to pray. At the school, he also learned his favorite Bible verse, Matthew 7:7, where Jesus said, “Ask, and it will be given you; seek, and you will find; knock, and it will be opened to you.”

“I like it because it’s a promise from God that if I ask, He will give,” Lambeth said.

Asked about what happened that night at the age of 2, he wrinkled his forehead and said his recollection was dim. He said he remembered seeing something “shiny” in the room and hearing a soft voice say inside him, “Go to church.”

The words confused him. At the time, he had never heard the word “church” before, and he had no idea what it meant.

His mother, seated beside Lambeth during an interview at Adventist International Mission School, confirmed his account.

Mother believes that God used Lambeth to reach out to her family.

“I know about the Bible through him,” she said. “I read stories to him. He led us to God.”

Part of this quarter’s Thirteenth Sabbath Offering will help Adventist International Mission School construct a new campus so it can enroll more students. Thank you for your mission offering.