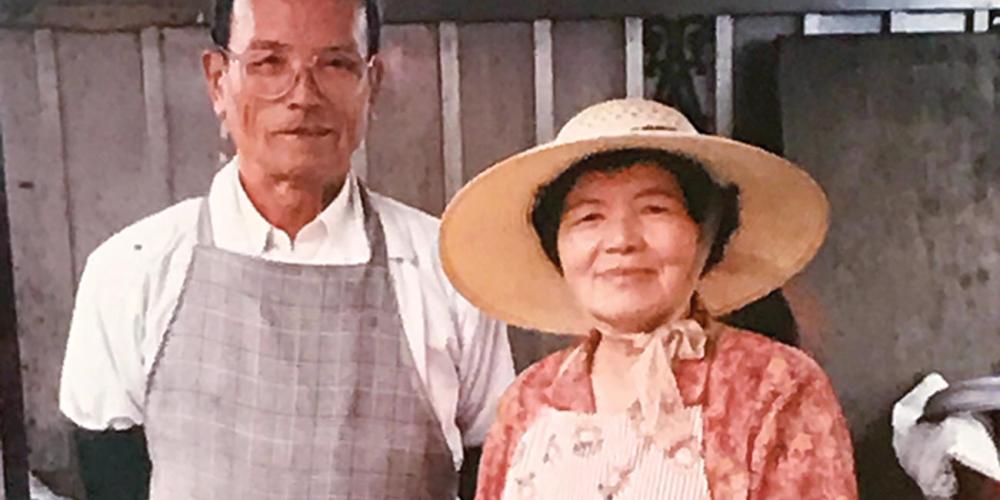 This quarter our mission focus has been on the Northern Asia-Pacific Division.

The Thirteenth Sabbath Offering this quarter will help provide:

If your class will present the Thirteenth Sabbath program for the adults:

If your class will not join the adults for a special program:

Present the following story during the mission time. You can invite Juniors or Earliteens to help present the program if you wish. This will help older children to become more comfortable in front of an audience, and give the younger children different people to watch and listen to during the presentation.

Send home a note to remind parents of the program and to encourage the children to bring their Thirteenth Sabbath Offering on September 29.

Remind everyone that their mission offerings are gifts to spread God’s Word around the world, and that one-fourth of our Thirteenth Sabbath Offering will go directly to help the people of the Northern Asia-Pacific Division. The projects are listed on page 3 and on the back cover.

[Ask four children to present this program. They don’t have to memorize their parts, but encourage them to read through their part several times so that their presentation is smooth and comfortable. They could act this out, too.]

No Block of Wood

Narrator: This quarter we have met people from South Korea, Japan, Mongolia, and China, which are all countries within the Northern Asia-Pacific Division. Today we will meet a special woman from Taiwan.

Narrator: As a small girl, Zhui Wen-Zhi [pronounced: tsoi wen je] worshipped a god called Mazhu in her hometown of Puli in Taiwan. Wen-Zhi’s family were poor farmers who followed a Chinese religious tradition, and they bowed down to the idol of Mazhu.

When Wen-Zhi grew older, she moved to Taiwan’s capital city, Taipei, to work. While there, she heard about Jesus for the first time at Seventh-day Adventist evangelistic meetings. She started going to church every Sabbath, and she became best friends with another young woman named Shan Xi Qi Zi [pronounced: shan shi chi ze].

When she returned home to visit her parents, she told her mother about her new religion.

Wen-Zhi: Christianity is a nice religion. I want to become a Christian.

Mother: We have a lot of gods in Taiwan. We don’t need to worship the God of the Americans.

Narrator: Even though her mother opposed Christianity, Wen-Zhi studied the Bible regularly with her best friend from church. Then one day she read in Isaiah 44 about how people make idols. She read:

Narrator: Wen-Zhi remembered her family’s idol and wondered whether it also was just a block of wood. She was determined to find out, so she went to the place where idols are made. What did she see?

Wen-Zhi: I saw that they made Mazhu with wood just like it was described in the Bible. So, I concluded that the Bible is right. Idols can’t do anything.

Narrator: Wen-Zhi resolved to worship Jesus. Now, at that time, Wen-Zhi was engaged to be married, and she told her future husband about her belief in Jesus.

Wen-Zhi: I’m going to be a Christian.

Husband: OK, you can be a Christian. It doesn’t matter to me.

Narrator: So, they got married. But one rainy day, her husband climbed up onto the roof of their house to repair a hole. He asked his wife to pass up some tiles, but she refused.

Wen-Zhi: No, today is Sabbath. Let’s work on the leaky roof another day.

Narrator: Her husband grew angry. He came down from the roof and said:

Husband: This religion that you have is not good.

Wen-Zhi: Why are you so angry with me? I told you before we got married that I was going to be a Christian.

Narrator: The husband didn’t know what to say. He took Wen-Zhi’s Sabbath School lesson book and burned it. Fortunately, he didn’t burn her Bible. But after that day, he began to treat Wen-Zhi unkindly because he didn’t like her belief in Jesus.

Wen-Zhi was sad, but she continued to study the Bible with her best friend. During one Bible study, her friend said the church would baptize several people the next Sabbath. She asked whether Wen-Zhi was ready to be baptized. Wen-Zhi wanted to be baptized, but she wondered what her husband and mother would say. She decided she could be baptized without telling her mother, but she really needed to tell her husband. She didn’t know what he would say, so she began to pray.

On Friday, the day before the baptism, Wen-Zhi announced to her husband:

Wen-Zhi: Tomorrow I will be baptized at church.

Narrator: Wen-Zhi was surprised. She wondered whether his “OK” was a real “OK” or a fake “OK.” Then her husband said to her:

Husband: Last night, I was looking at the stars in the sky and thinking, “Why am I being so rude to my wife?” [Husband turns to look at Wen-Zhi.] I decided that I should treat you better. So, I promised myself that I would grant your very next request, no matter what it was.

Husband: You are a Christian. Our two children are Christians. I am the only one who doesn’t belong to God’s family. I want to be baptized.

Narrator: Wen-Zhi was so happy! She thanked God for answering her prayers. Today, Wen-Zhi is 87 years old, and she still prays every day.

Wen-Zhi: God always answers prayer. He is not a block of wood. There is no other God.

Narrator: People in the Northern Asia-Pacific Division are praying to God. They are praying for help to share the good news that there is only one God and He is coming soon to take us home! Let’s give a big Thirteenth Sabbath Offering so more people can learn the good news.

The Thirteenth Sabbath Offering this quarter will help provide: