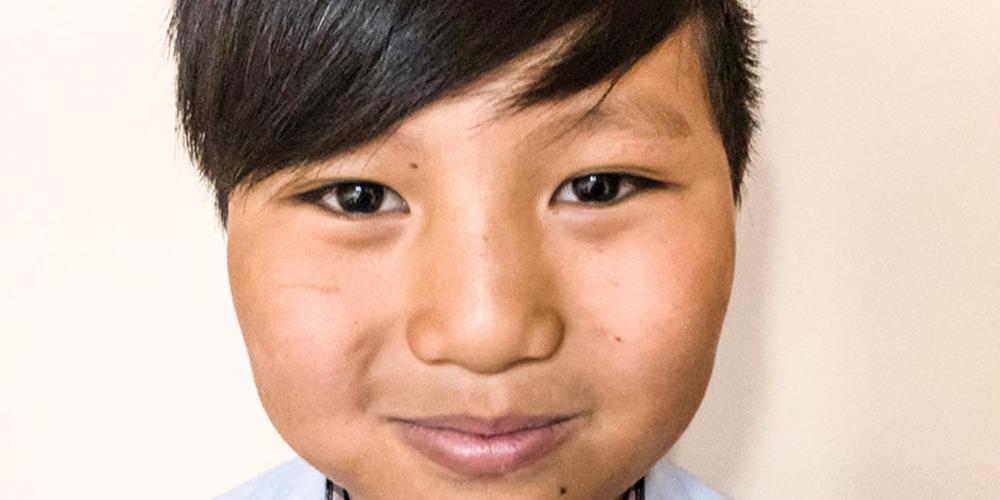 Iveel woke up in the middle of the night, when his parents were sound asleep, and quietly prayed to God.

To Sabbath School teachers: This story is for Sabbath, Sept. 1.

Iveel [pronounced: i-VEL] is a 10-year-old boy in Mongolia. [Find Mongolia on the map.]

School was very difficult for Iveel. The teacher and all the other children spoke in English. He didn’t know English, only Mongolian. After school, the boys teased Iveel as he waited for his ride home.

“You can’t do anything,” one boy said.

“You can’t even write,” said another boy. Go to kindergarten.”

When he heard these hurtful words, Iveel ran back into the school and hid behind the door of his classroom. He didn’t want to cry in front of the other children.

When he finally returned home, his mother asked him, “How was school today?”

Iveel didn’t want his mother to worry, so he didn’t tell the truth. “School was good,” he said.

[Ask the children whether Iveel did the right thing. Tell them, “We shouldn’t lie to our parents, even if we think that lying will help them.”]

At night, when Iveel went to bed, he wanted to kneel and pray to God for help. But he was afraid that if his mother saw him praying, she would ask him what he was praying about. He didn’t want her to worry. So, he woke up in the middle of the night, when his parents were sound asleep, and quietly prayed to God.

“Please let the children be nice to me so we can be friends,” he said. “And please let me go to another school.”

Iveel prayed nearly every night for several months. Then his parents suddenly decided to send him to a different school. The children at the new school were kind. They helped Iveel learn to speak English. When he hurt his leg playing soccer, the other boys helped him walk home.

Iveel was so happy that God had answered his prayer about going to a new school!

Then one day, the principal of Iveel’s old school invited him to return to the school for a party. Iveel felt a little nervous about seeing his old classmates who had treated him unkindly.

But when he went to the party, the other children played with him and he had a great time. God answered his other prayer about becoming friends with those children!

Iveel in now in the fifth grade, and he lives back in his home country of Mongolia. But he has never forgotten how God answered his prayers. He had never asked God for anything before he had prayed about his school trouble, and he had even wondered whether God really exists.

“Yes, I went to church every Sabbath, but I thought, ‘How can God create the world with just His words?’” Iveel said. “After God answered my prayers, I believed that He is real.”

Iveel has many friends in Mongolia, but many of them come from families that do not know about God. Part of this quarter’s Thirteen Sabbath Offering will help build a new Adventist school in Mongolia, so more children can learn about God. Thank you for your mission offering.

Watch a short video of Iveel at this link: bit.ly/unhappy-first-grader