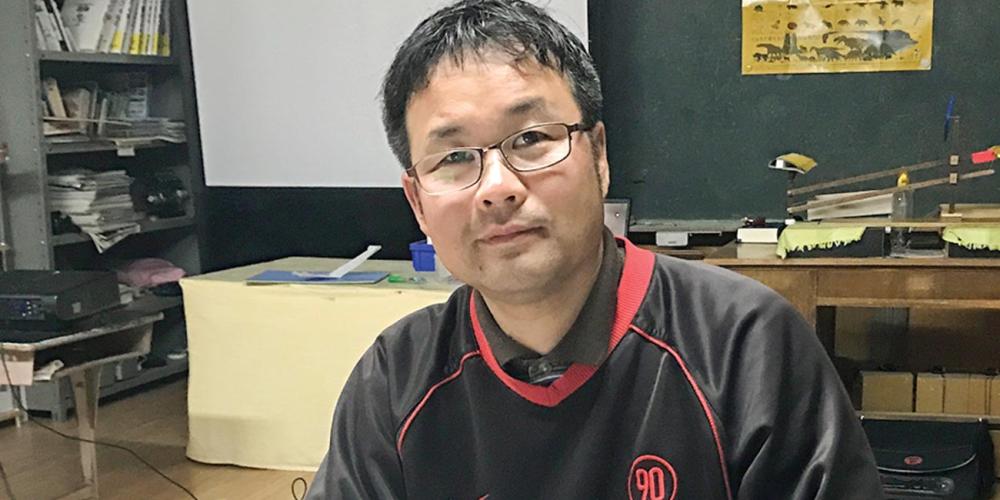 Every time Kimi took the ferry, they sailed past a big island located right between South Korea and Japan. The island had lots of green trees and beautiful mountains. Kimi wondered whether people on the island knew Jesus.

To Sabbath School teachers: This story is for Sabbath, July 7.

imi [pronounced: kee-mee] and his wife traveled twice a year by ferry between South Korea and Japan.

[Find South Korea and Japan on a map, so you can see the route that Kimi traveled. Make sure your finger passes the Japanese island of Tsushima, which is located halfway between the two countries.]

Kimi is from Japan, and he worked as a teacher in South Korea. For vacation, he and his wife took the ferry to his home in Japan.

Every time they took the ferry, they sailed past a big island located right between South Korea and Japan. The island had lots of green trees and beautiful mountains. Kimi wondered whether people on the island knew Jesus.

Kimi learned that the island is called Tsushima [pronounced: tsu-shim-a] and is part of Japan. He also learned that no Seventh-day Adventists lived there. He thought about becoming a missionary and telling the people about Jesus, but he was worried. He thought to himself, “How would my wife and I survive there?”

As he read the Bible for his personal devotions every morning, he saw promises that God would help him if he moved to the island. He especially liked Philippians 4:19, which says, “And my God shall supply all your need according to His riches in glory by Christ Jesus” (NKJV).

The parents were scared because they had never met a Christian. Kimi told the parents that he was a Christian and would pray to Jesus at every English lesson. Only two children came to Kimi’s first lesson.

But more children started coming after a while. They liked Kimi. He was very kind, and he had a friendly smile. The children also liked the Bible stories that he told during the lessons.

Then one day a student told her mother that Kimi had prayed to Jesus. The mother became very angry, for she hadn’t known that Kimi was a Christian. The mother forbade her daughter from going to English lessons. She also told other parents bad things about Kimi that weren’t true. So, all the parents told their children that they couldn’t go to English lessons anymore.

When Kimi arrived to teach English the next day, he found the classroom empty. Kimi felt sad. He wondered why God would want him to be a missionary if he didn’t have any students. He felt even more sad when he saw the children on the street. The children used to smile and wave when they saw him, but now they looked sad and ran away.

Kimi prayed to God for help. He prayed, “Dear God, if it is Your will, please send the students back to school.”

Then one day, one child came back to school. Kimi was so happy! Then two more students returned. Eventually, all the students came back to the school. It was a miracle!

Kimi didn’t do anything to persuade the children to return. He just prayed and waited patiently for God to answer his prayer. God can do all kinds of miracles when we pray and wait patiently.

When we give to the mission offering, we help missionaries like Kimi share Jesus with others. Let’s pray to ask God to bless Kimi so that many children will know about Jesus on his island. [Ask a child to pray.]

Kimi never planned to be a missionary teacher. He has a pilot’s license and wanted to be a flying missionary, but God had other plans. Still, Kimi plays with airplanes. Watch Kimi play with a paper airplane in his classroom at the link: bit.ly/praying-for-students1