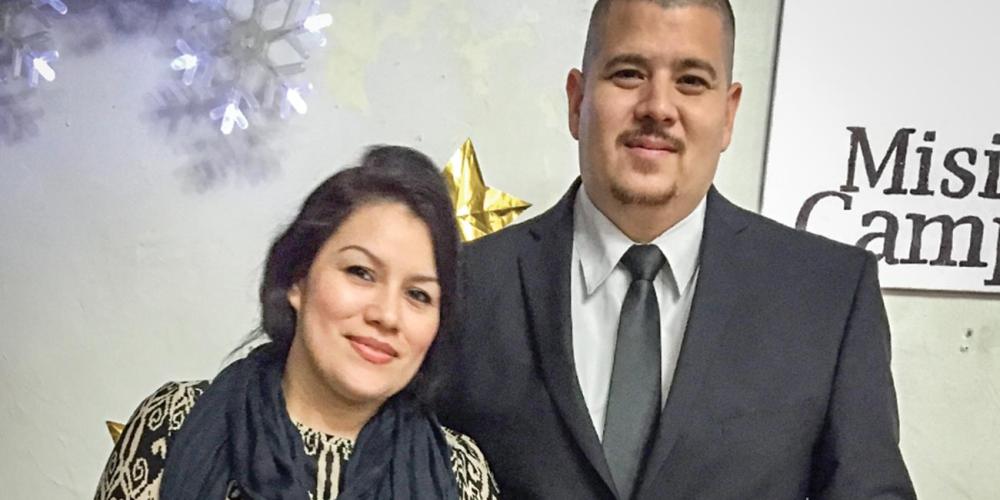 As soon as the pastor began to preach on Sabbath, Robert’s ears started ringing.

To Sabbath School teachers: This story is for Sabbath, Feb. 24. Click here for photos to share while telling the mission story.

Robert liked to tease his mother. Whenever gunshots were fired at their home, he would cry out, “Mom! Mom! They hit me!”

Mother was a good sport, and she played along with Robert’s game.

But the gang violence was no joking matter. Robert grew up in a violent neighborhood in Los Angeles, California. When he was five years old, his older brothers joined a street gang. People from other gangs drove by their house and shot at it, trying to scare his brothers.

“For me, the shooting was normal,” Robert said. “I took it as a game.”

The constant violence, however, caused his heart to become hard. As he grew older, he stopped teasing his mother. His smile was replaced by an angry scowl. He began to play with real guns.

When Robert was 14, his parents joined the Seventh-day Adventist Church. Robert sometimes went to church with them, and they talked about the sermon around the dinner table.

Even though he acted like a tough guy, Robert grew tired of the violence. Finally, when he was an adult, he married a woman from Mexico and decided to go to Mexico to meet her family. [Find Los Angeles and Mexico on the map so the children can see how far Robert traveled.]

Robert liked the quieter life in Mexico, and he opened a store selling construction materials.

His wife, meanwhile, started going to the Adventist church every Sabbath. She had learned about the Sabbath from Robert’s parents, and she wanted to obey the Bible. She begged Robert to go to church with her.

After many days, Robert finally agreed to go to church, but under one condition: He would only go for the sermon. He didn’t want to go to Sabbath School.

As soon as the pastor began to preach on Sabbath, Robert’s ears started ringing. His shirt and face became very wet. He was sweating terribly. For some reason, he was very nervous about being in church.

After 15 minutes, Robert whispered to his wife, “I’m leaving.”

“But we just got here,” his wife said.

Later at home, Robert couldn’t explain to his wife what had happened. He felt sad. He remembered going to church with his parents and talking about the sermon at lunch. He worried that maybe he had sinned so much that he couldn’t go to church anymore.

He prayed to God for help. He decided that he would try to go to church again, but this time he would go for Sabbath School and the sermon. He didn’t tell his wife about the plan until Sabbath morning. “We’re going to church together today!” he told her. She was so happy!

Everything went fine during Sabbath School, but then the preacher gave the sermon. Robert didn’t sweat again, but he was surprised as he listened. It seemed like the preacher was talking directly to him.

On a Sabbath afternoon, Robert went to a relative’s house to study the Bible. As they read about forgiveness, Robert began to wonder again whether he had sinned too much to go to church. He couldn’t believe that God would forgive him for all the bad things that he had done. Suddenly, Robert heard a voice inside him say, “You are forgiven.”

Robert was a big, tough man, but he started to cry like a little baby. He hadn’t cried in many years, and he didn’t even know that he still could cry.

“At that moment, I knew that God had forgiven my sins,” he said.

Robert’s tough face melted away. He began to smile through the tears. He was forgiven of his sins!

Robert gave his heart to Jesus. Today Robert is the father of two little boys, and he is glad that they have never heard shooting like he did when he was a boy.

“When my kids fight, they fight over who will pray first at a meal,” he said. “I feel that God is taking care of me, and I am grateful.”