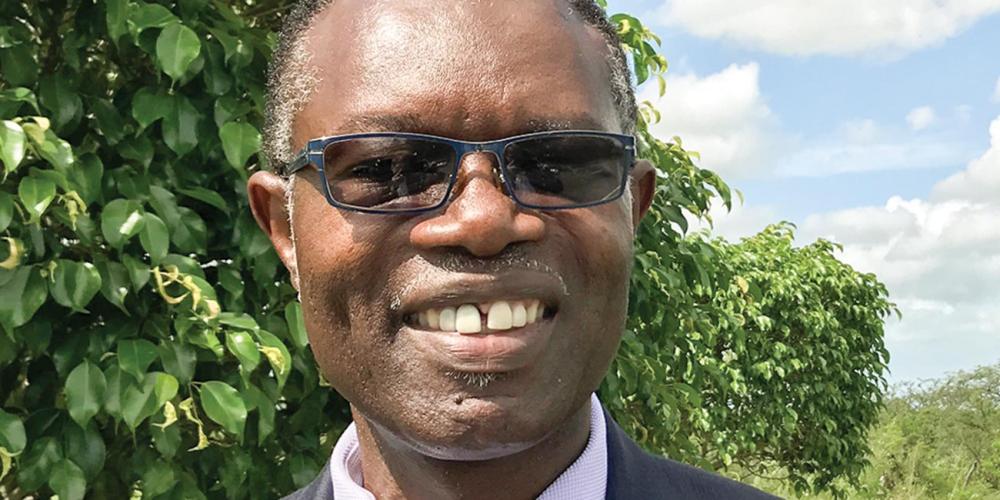 Adrian chose West Indies High School because he thought it was like other boarding schools where students could have parties.

To Sabbath School teachers: This story is for Sabbath, Jan. 20. Click here for photos to share while telling the mission story.

Adrian had no interest in Christianity when he enrolled in eleventh grade at a Seventh-day Adventist boarding school in Jamaica. [Find Jamaica on the map.] He didn’t believe that Jesus is coming soon, and he thought Adventists were foolish for worshipping on Saturday and refusing to eat pork.

Adrian chose West Indies High School, located on a hilltop in the central city of Mandeville, because he thought it was like other boarding schools where students could have parties.

“I wanted to party on Saturday night,” Adrian said.

The 17-year-old teen soon learned that the school was owned by the Adventist Church and it practiced Bible teachings. For a short time, he tried to find a way to live off campus because he didn’t like the cafeteria food. But he found that it was more expensive to live off campus, and he couldn’t quit the school because his father had already paid the tuition. So, he resolved to study but avoid Christianity.

“Christianity wasn’t something that I wanted,” he said. “I thought Christians were old, sick, and ready to die.”

His initial impression of Adventist young people wasn’t good. His new friends invited him to break the Sabbath by watching a soccer match in town on Sabbath. Another Adventist student tried to convince him to steal milk from the high school cafeteria. When Adrian refused to steal, the student made fun of him.

Adrian moved into a dormitory room with three other teens, one of whom was an Adventist. The Adventist student was named Leonard, and he lived Jesus in that room.

Adrian watched Leonard pray every evening before he went to bed. He saw him pray in the same spot in front of the window when he got up in the morning. Before Leonard went to class, he bowed his head at the door and asked God to keep him during the day, and he prayed when he returned from classes. Every time he entered and left the room, he prayed. He also read his Bible and Sabbath School Study Guide every afternoon after classes, and he went into town on weekends to help people.

Leonard noticed that his roommate was watching him and invited him to study the Sabbath School lesson together. Leonard showed Adrian how to find verses in the Bible for the Sabbath School lesson. He told him about tithing and Ellen G. White, who helped start the Adventist Church. “I didn’t know who was this Sister White,” Adrian said. “I heard people mention Sister White in church. My roommate said she was a prophet, and he showed me the test of a true prophet from the Bible, so I saw her visions were from God.”

Within a few months of entering the high school, Adrian stopped eating pork and wanted to worship Christ on Saturday. He gave his heart to Jesus when a pastor asked who wanted to be baptized during the school’s week of prayer.

Leonard was delighted. He invited Adrian to join him on weekend outings to help people in the town, and he took Adrian colporteuring during summer vacation, telling Adrian that Christians are strengthened by sharing their faith.

Adrian was the only Adventist in his family. His parents accepted his decision, but his old friends teased him by calling him a “girl child” for refusing to smoke and drink. They stopped making fun of him when they saw that he wasn’t going to change his mind.

Adrian went on to become a pastor and a church leader in Jamaica. Leonard also works as a pastor in Jamaica. Adrian and Leonard are still friends, and they like to remember their old days in high school.

Adrian said Leonard’s example of being a kind, honest Christian was more powerful than a sermon.

“I wasn’t drawn to become an Adventist because of Ellen White, the Sabbath, or the sanctuary,” he said. “It was the lifestyle of my roommate. I wanted to be like him.”

[Ask children: Do other children see that you are kind and honest, like Christ, and want to be like you?]

Adrian Cotterell talks about the importance of being a good example as Seventh-day Adventists. (Andrew McChesney / Adventist Mission)