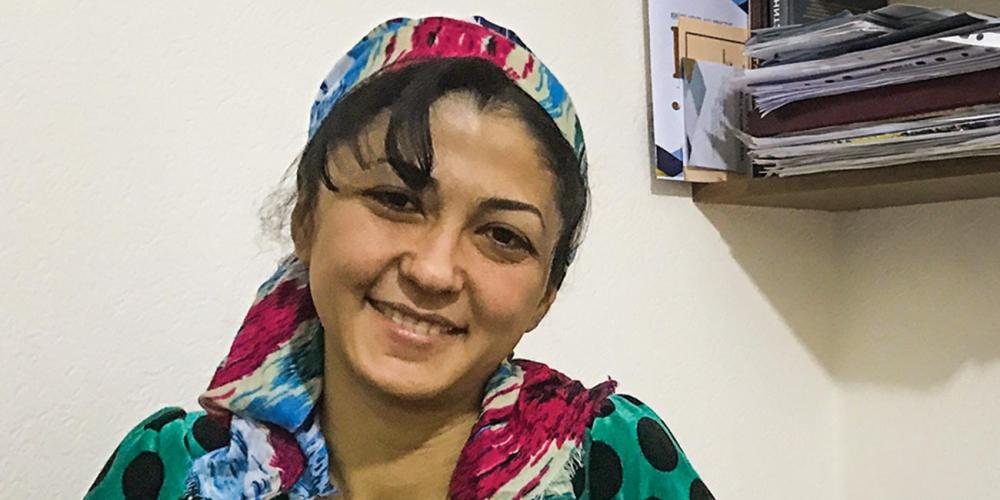 A sister’s illness made Surayo wonder about God.

To Sabbath School teachers: This story is for Sabbath, Dec. 9. Click here for photos to share while telling the mission story.

Then a baby sister was born into Surayo’s family. Usually a family rejoices when a baby is born. But Surayo’s family was sad. Doctors said the baby had a disease called cerebral palsy that made her muscles weak. She would probably never walk. Surayo was so sad that her baby sister would never run with her or even play with her doll, like Surayo did.

Surayo didn’t understand why her sister was sick. She thought, Maybe my parents did something wrong. Maybe they didn’t ask for forgiveness. Maybe God is punishing them. Many Muslims believe that parents are to blame for problems of the children. So, Surayo prayed for two years that her parents would be forgiven.

Her sister’s illness also made Surayo wonder about God. She thought, If God is so kind, then why is all this happening? What did my parents do wrong?

Although Surayo worried a lot, she also was a typical girl. She enjoyed spending time with her friends. One day, she and her friends decided to make some prank telephone calls. They dialed random telephone numbers and hung up when someone answered. They laughed merrily, thinking it was a great joke.

But one person called back. Surayo answered the telephone, and the man asked her why she had hung up when he answered the phone. Surayo was embarrassed and apologized for the trick. The man didn’t seem angry, but spoke kindly to her. Later Surayo told her parents about the joke-turned-apology.

Surayo learned that the man she had tried to trick on the phone was a Christian, a Seventh-day Adventist. She had never met a Christian before, and she began to ask him questions about God. “If God is good, why is my sister sick? Why does she have to suffer for the sins of my parents?”

The man explained that God was not punishing her parents or her sister. He said God is good. It is Satan who causes sickness and pain.

Then one day, the man invited Surayo to go to his church. She went, and she really liked it. When a woman sang a song about Jesus, Surayo started to cry.

Only 204 Adventists live in Tajikistan, and today Surayo is one of them. As a little girl, she prayed all the time that God would forgive her sins. She still prays for forgiveness. But now she understands that God forgives our sins when we ask, and He doesn’t punish us, or other people, with sickness for something we’ve done. Surayo also prays every day that more people in Tajikistan will get to know God.

Would you like to pray with her for people in Tajikistan to know God? [Ask a child to pray for Surayo and Tajikistan.]

Read more about Surayo on the Adventist Mission website (bit.ly/Jesus-in-Tajikistan) and another story about her on p. 16 of the Youth and Adult Mission quarterly.