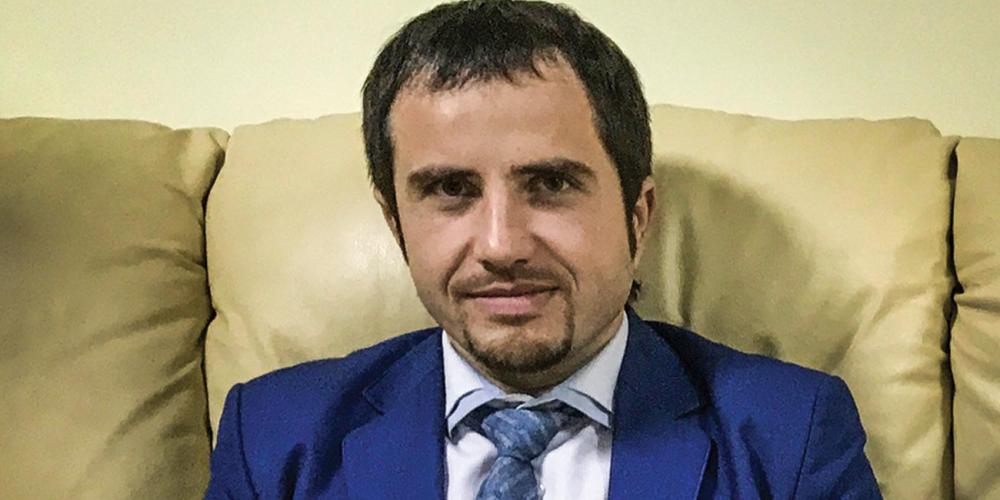 “Why me and not the other teenagers in town?” I said. “Let God find someone else.”

To Sabbath School teachers: This story is for Sabbath, Nov. 18. Click here for photos to share while telling the mission story.

Ask a teenage boy or a man to present this first-person story.

By Valeri Diligul, as told to Andrew McChesney

Today’s story is from Moldova. [Locate Moldova on a map.]

Just after my mother was baptized, she urged me to be baptized, too. I had no interest in being baptized. But she kept talking to me. “God loves you, and He wants you to believe in Him.”

I threw up my hands.

“Why me and not the other teenagers in town?” I said. “Let God find someone else.”

Then I was called into military service. Mom again urged me to make my commitment to God before I went into the military. I did love God, so I asked to be baptized.

On the day I reported for military service, I was scared. It’s common in the military for the older soldiers to harass new recruits, and I was worried about being singled out because I’m a Christian. I asked God to protect me from beatings and promised to serve Him the rest of my life.

I arrived at the army post and was told to go eat lunch. In the mess hall—the dining room—I was given a bowl of borsht beet soup and a plate of barley with chunks of pork. I didn’t want to eat it, so I refused the food.

The other soldiers saw this and expressed their surprise.

“What’s wrong with you?” said one.

I said, “Hey guys, I am a Christian, and I believe that some things should not be eaten. What should I do? I honestly don’t know.”

By the end of lunch, the news had spread throughout the barracks that the military had drafted a Christian.

The commanding officer summoned me to his office and asked whether I really was a Christian.

The commanding officer called for another soldier, a Baptist who worked in the military hospital, and asked him to verify that I was a Christian. The soldier asked me several simple questions that I answered easily.

My fellow soldiers accepted that I was a Christian, and soon they began to ply me with difficult questions. Fortunately, I had brought a copy of a Bible reference book with me. That book helped me to answer the solders’ questions.

Two weeks passed. Then one day, the new soldiers were in the bathroom block when a shout rang out, “The special forces are coming!”

A large group of older soldiers rushed into the room and began beating the new soldiers. Many young soldiers tried to fight back, but I went to a corner of the room and covered my head with my hands. I wasn’t going to fight back.

A soldier saw me and ran over and struck me.

Someone yelled, “The Christian is under attack!”

Several soldiers rushed over and pulled away the attacker.

Two weeks later, the attacker fell in the bathroom and was sent to the military hospital. He sent a message to me saying that he feared that God was punishing him for hitting me and asked me to pray for him.

No one tried to harm me during the rest of my time in the military. My fellow soldiers nicknamed me “Father Valeri” [Vaa-LAYEH-Riy] as if I were a priest, and they asked me to pray for their loved ones and for personal needs. I was not a priest or even a pastor, but I was happy to pray to God for them.

I’m out of the military now, and I’m keeping my promises to God. He kept me from harm in the military, and I will serve Him for the rest of my life. I’m so glad I listened to my mother when she urged me to surrender my life to God before I served in the military.