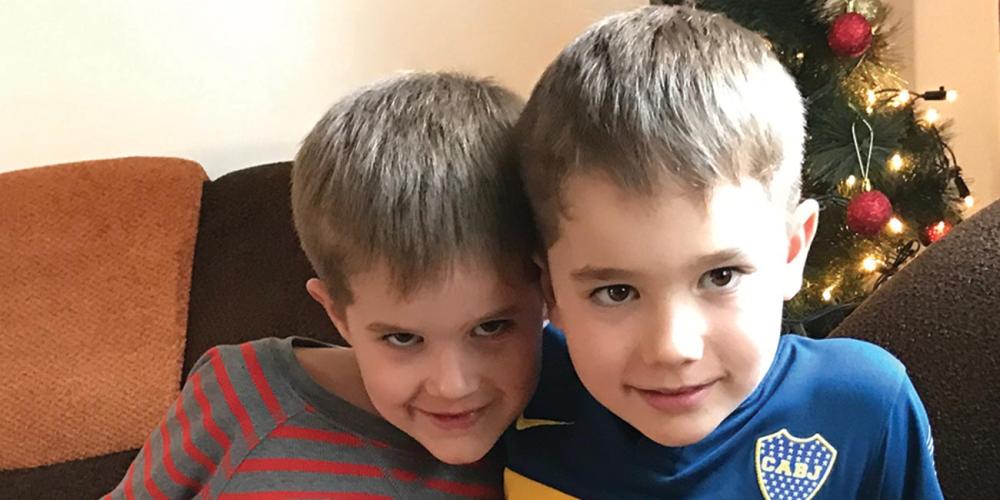 “I don’t want to stop raising money for my school!” Thomas said.

To Sabbath School teachers: This story is for Sabbath, Nov. 11. Click here for photos to share while telling the mission story.

Seven-year-old Lukas, and his six-year-old brother, Thomas, dragged a table to the edge of the road outside their home. They decorated the table with colorful flowers and loaded it with paper airplanes that they had made. Then Lukas called out in his most convincing voice to people as they passed, “Buy an airplane!”

Lukas and Thomas and their parents live in Kyrgyzstan [KEER-gih-stan] in Central Asia. [Find Kyrgyzstan on a map.]

The boys had been selling their airplanes for just a few minutes when their father saw them. “What are you doing?” Father asked, surprised to see the boys at the street.

“I can see that. But why are you selling paper airplanes?” Father asked, puzzled.

“We want to raise money for the school.”

Father relaxed and smiled. He was proud of Lukas and Thomas. Father works at the Seventh-day Adventist school in Kyrgyzstan. His job is to raise money for the school so that more children can study there.

The cashier agreed to buy two paper airplanes for 10 som each. If one airplane costs 10 som, how much will two airplanes cost? [Let a child answer.] The boys received 20 som, or about 30 U.S. cents. Then the boys approached their father. “Papa, would you buy an airplane?” the boys asked.

The boys had seen foreigners—people who are not from the country—pay far more than the local people for the same goods.

The boys told another customer to pay 100 som for the airplane he chose from the boys’ pile. “Why?” the man asked. “You sold the planes to the cashier for 10 som each.”

“This is a special plane,” Thomas said. “It flies better than the rest.”

The boys wanted to raise as much money as possible for the school. So, when their airplanes were gone, they built a special cardboard box to collect money. Their father placed the box in the main school building so anyone who saw the box could drop money inside. When the boys received money for their birthdays, they gave the money to the school instead of using it to buy something for themselves. When Lukas lost two teeth, he put them under his pillow at night. The next morning, he found money under his pillow, and he gave that money to the school.

Lukas and Thomas have raised more than U.S.$150 for the school. Can you imagine? That’s a lot of money for two little boys to raise! “I don’t want to stop raising money for my school!” Thomas said. “I want to help, so more children can come study in the school.”