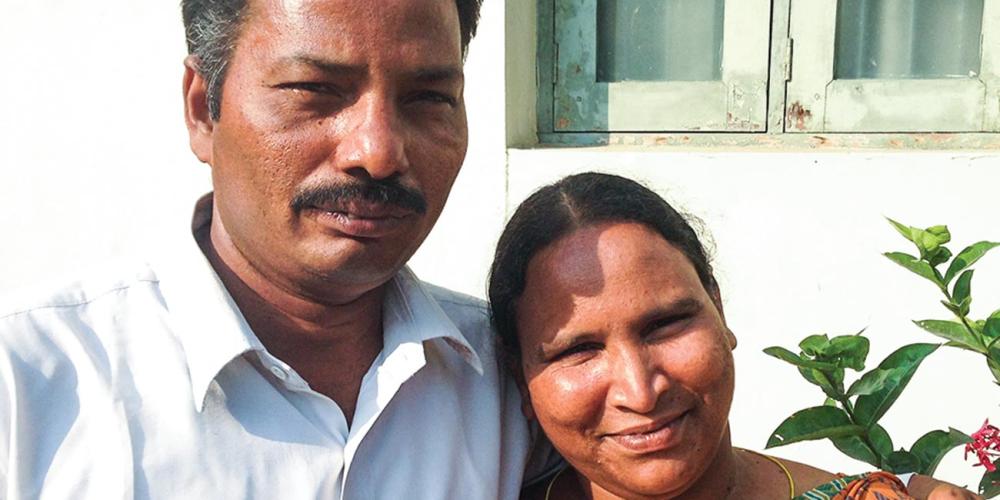 “We want to ask you something very important,” the man said. “We want you to marry our daughter.”

To Sabbath School teachers: This story is for Sabbath, Sept. 23. Click here for photos to share while telling the mission story.

Elisha opened the front door of his house in India. [Invite a child to find India on a map.] Outside stood a man and a woman Elisha had never seen before.

“We want to ask you something very important,” the man said. “We want you to marry our daughter. Her name is Solomi [pronounced: soh-LOH-mee].”

Elisha was very surprised. He wanted to get married, but he never expected to find a wife this way! Elisha spoke with the two strangers for a few minutes. Then he shook his head. “No,” he said. “I cannot marry your daughter.”

Solomi’s parents were disappointed. They really wanted Elisha to marry their daughter. They had been looking for a good husband for their daughter for a long time. And from what they’d learned about Elisha, they were sure that he would make a good husband. Solomi’s father looked up with new hope in his eyes. “We will tell Solomi to go to church with you!” he said.

Elisha met Solomi, and he liked her. They went to church together on Sabbath. And in time the two were married.

But after the couple had been married awhile, Solomi stopped going to church with Elisha. She went back to her own church on Sunday. She said it didn’t matter whether she went to church on Saturday or Sunday.

Elisha was very sad. He didn’t know what to do.

A few weeks later, Solomi met a stranger who was giving away books about Jesus at her church. Solomi became excited when she learned that the stranger was an Adventist pastor. She told him that her husband was an Adventist. Solomi paused a moment and then asked the pastor, “Does God want me to go to church on Saturday or on Sunday?”

The pastor opened the Bible. He showed her the Fourth Commandment, which says, “Remember the Sabbath day to keep it holy.” He read many other Bible verses. Solomi decided that God wanted her to go to church on Saturday.

Part of this quarter’s Thirteenth Sabbath Offering will build a training and conference center near Elisha and Solomi’s home in central India. This center will be used to train pastors and lay workers, such as Elisha and Solomi, so they can serve God better.

Please remember Elisha and Solomi and the new center in your prayers and as we collect the Sabbath School mission offering.