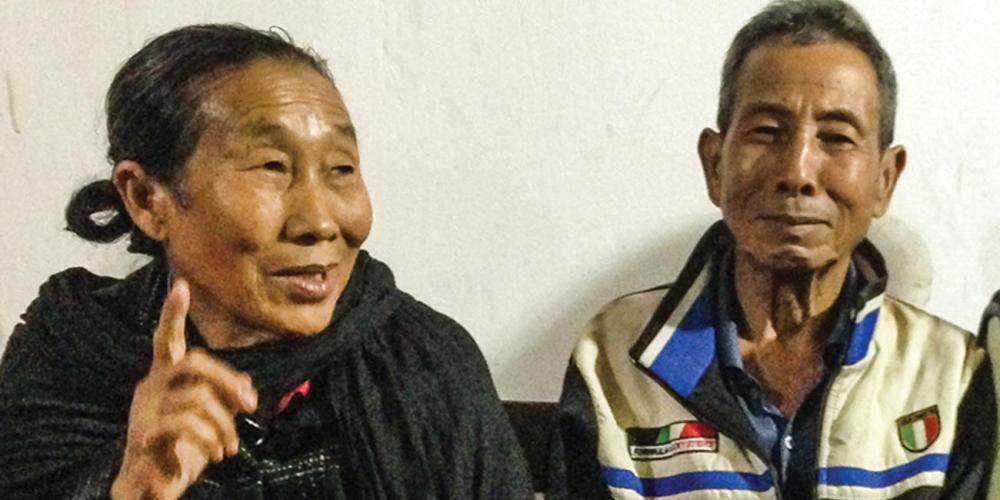 Mystery of the Handcuffs

The police put handcuffs on Pan’s wrist. They put the other side on the wrist of one of his friends.

To Sabbath School teachers: This story is for Sabbath, Sept. 9. Click here for photos to share while telling the mission story.

Pan lives in a small village in Nagaland, a state in northeastern India. [Locate Nagaland on the map.]

Policemen were waiting when Pan came home from church one Sabbath. The policemen told Pan that he was under arrest for worshipping God on Sabbath. Pan’s wife was scared. His children began to cry. Would you be scared if the police arrested you for coming to church today?

But Pan was not afraid.

“We have not done anything wrong,” he told the police.

The policemen put Pan in the back of a police truck with two other Adventist men. The police put handcuffs on Pan’s wrist. They put the other end of the handcuffs on the wrist of one of his friends.

Pan’s wife felt sick to her stomach as she watched the police take away her husband. But she remembered Jesus’ promise in Matthew 5:10, which says, “Blessed are those who are persecuted for righteousness’ sake, for theirs is the kingdom of heaven” (NKJV).

The police truck bounced along the rough dirt road toward the main police station two hours away. Bump, bump, bump. Pan and his friends also bounced up and down in the back of the truck. Pan looked at the handcuffs on his wrist trying to make sense of his arrest. As he stared at the handcuff, something strange happened. The handcuffs unlocked and fell off his wrist. He was free!

Pan could have jumped out of the truck and run back home. But he did not try to run away. He wanted to obey the police, even though he had not done anything wrong. So he showed his free wrist to the policemen. The policemen were shocked. “How did you open the handcuffs? Do you have a key?” they asked.

“We did nothing,” Pan said. “The handcuff just opened up by itself.” One of the policemen put the handcuffs back on Pan’s wrist and relocked them. He pulled a bit to make sure it was really locked this time.

The three men were sore from the long ride in the police van. When they finally arrived at the police station, Pan and his two friends climbed out and followed the policemen into the jail. The officers pointed to a jail cell and motioned for the three men to go inside. There the three men sat for two days. They prayed to God and encouraged one another.

Finally, on Monday, the police said they could go home.

When Pan returned home, the neighbors who had told the police to arrest Pan and his friends were not happy to see them. But when the neighbors heard the story of how the handcuffs had opened, freeing Pan, the neighbors changed their minds. They saw that God was with Pan. And as the neighbors watched Pan and the other Adventists, they realized that God was helping them in other ways as well.

Today the neighbors no longer bother Pan and his friends. In fact, many of them worship God with Pan in the Adventist church on Sabbath.

A portion of this quarter’s Thirteenth Sabbath Offering will help build a girls’ dormitory at the Adventist school in the same city where Pan was jailed for two days. The Nagaland Adventist School needs dormitories so more students from distant villages, such as the one we learned about today, can attend an Adventist school and learn to be good citizens and servants of God.