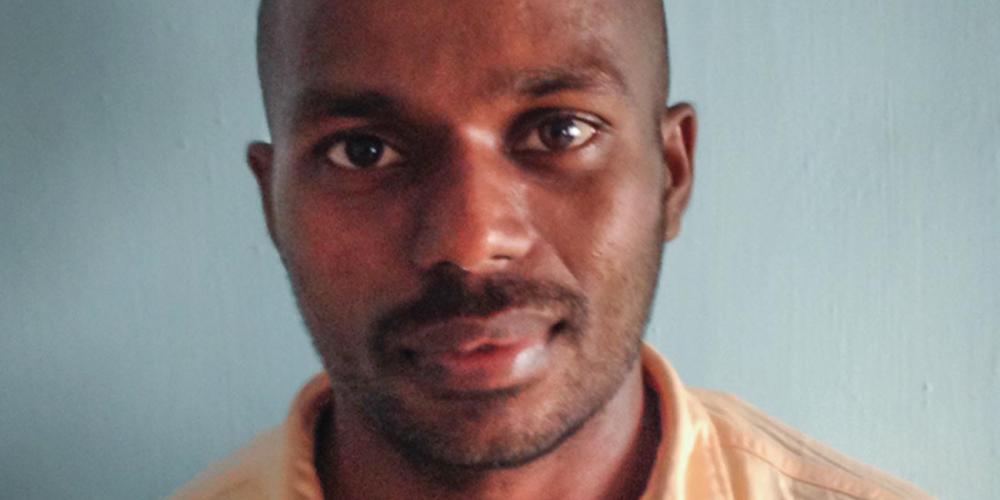 Some people told Janeesh that God was punishing him for becoming an Adventist.

Janeesh [pronounced: jah-NEESH] grew up in a small village in southern India. [Locate southern India on a map.] He loves God and wanted to become a pastor. So he went to a seminary to study the Bible. While there, some Adventist friends invited him to attend a worship on Friday evening. Janeesh agreed to go.

The pastor talked about the Sabbath and read Bible texts that prove that the seventh day is God’s holy day. Janeesh had never heard this before, so after the meeting he asked the pastor many questions. Back at school, he asked his teachers about the Sabbath.

“Why do we go to church on Sunday when the Bible says God’s holy day is the Sabbath?” he asked.

Janeesh showed the teachers some of the Bible texts that the Adventist pastor had given him. But his teachers had no answers.

Many people attended the meetings and asked questions. A pastor from a Sunday-keeping church invited Janeesh to visit his church and tell the people about the Sabbath. Janeesh went and shared his love for God and the Sabbath as well as the promise of the Second Coming with the people. In time the church members decided to worship God on the Sabbath.

But some people in the village did not like what Janeesh was teaching the people. They decided to have their own meetings. Janeesh went to those meetings and heard the preacher say that Sunday was the right day to worship. Janeesh prayed for a way to tell the people the truth. Then on the last day, the preacher asked if anyone had any questions.

Janeesh walked to the front of the hall and read aloud the Fourth Commandment: “Remember the Sabbath day to keep it holy.” Then he read other Bible verses about the Sabbath.

The people were amazed. The preacher had no answer to the Bible verses Janeesh read. After the meetings, some villagers asked Janeesh to study the Bible with them. Janeesh was so happy!

But Janeesh began to feel ill. He had pain in his lower back and his belly ached with a pain that didn’t go away. Finally, Janeesh went to a doctor. After an examination and many tests, the doctor told Janeesh that he had cancer, and that it had spread to several parts of his body.

“You have only about six months to live,” the doctor said.

Janeesh went home feeling sad—not because he was going to die, but because he wouldn’t be able to share God’s love with more people.

Some people told Janeesh that God was punishing him for becoming an Adventist, or for arguing with the preacher. But Janeesh didn’t listen; he just prayed.

Then he began a long treatment for the cancer. When the treatments were finished, Janeesh returned home and held more meetings to talk about God and the Sabbath. Eight people were baptized.

Where Did the Cancer Go?

When Janeesh returned for a checkup, his doctors couldn’t find any signs of the cancer.

Today Janeesh is healthy and strong. Many people say this is a miracle, and Janeesh agrees.

“Jesus healed me so I can share God’s love with more people,” he says.

Janeesh loves to tell people that Jesus loves them and will come again soon to take all those who believe in Him to a place where no one will ever be sick again.

Boys and girls, we can tell people that Jesus loves them, that He died so they could live with Him forever. We don’t have to be grown-ups to tell others about Jesus. Let’s do it this week!