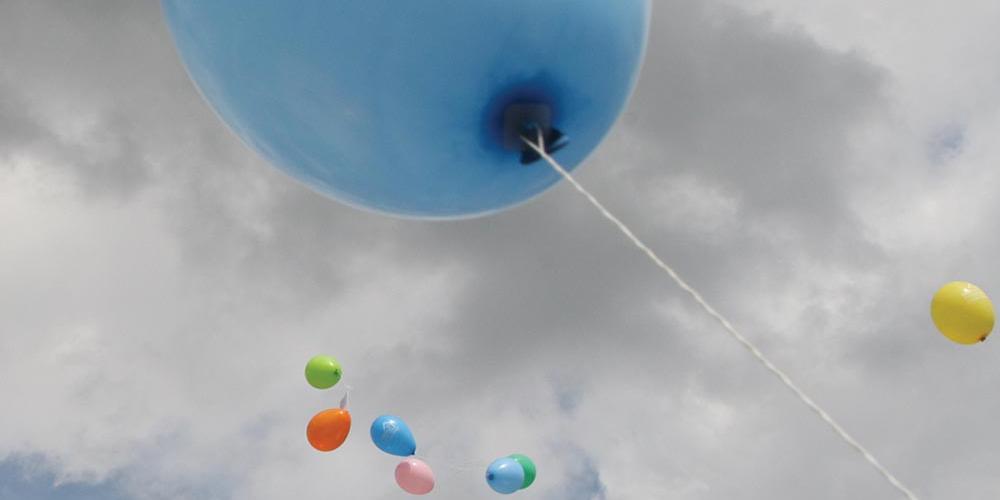 Stefan, who lives in the country of Croatia [point out Croatia on a map], loves to go into the woods with his father. Sometimes when they go into the woods, Stefan’s father cuts down trees. When that happens, Stefan quickly runs to the safe side, away from where the tree is falling.

One day when Stefan and his father went into the woods, they found an interesting surprise. As his father was getting ready to chop down a tree, Stefan ran to the safe side—and that’s when he saw the surprise. There, hanging very low in another tree, was a brightly colored balloon! A string was tied to it, and on the end of the string was a little card.

Quickly, Stefan grabbed the string and pulled the balloon out of the tree. The message on the card was from someone at the Seventh-day Adventist school in Maruševec. The school was located on the other side of the mountain from the woods where Stefan and his father were. On the card was written a phone number, along with the promise of a special gift for the person who called the number.

Curious, Stefan called the number when he got home, and before long he received a free book in the mail—it was a book about God. It looked like something good to read when he didn’t have anything else to do, so Stefan started reading it a little at a time.

In the meantime, Stefan’s father was curious to know more about the Adventist school who had sent out the balloons. He knew some people who told him about the school and what a good place it was for students. So he decided to encourage Stefan to visit the school to see if he might like to go to school there.

“When I came here to school, I didn’t know anyone,” he says. “But after two or three months I knew everyone! And they treated me very nicely. There weren’t any problems. The teachers, and students—everything is good.”

Stefan plans to be a nurse one day so that he can help other people. He’s so happy that he found a special balloon in the woods that day because that’s how he learned about the Adventist School in Maruševec, and that’s where he learned about God.

Your Thirteenth Sabbath Offering this quarter will help to build a boys’ dormitory at Maruševec so that there will be more room for boys like Stefan to be able to come to the Adventist school and learn more about God. Thank you for bringing your mission offering to Sabbath School!