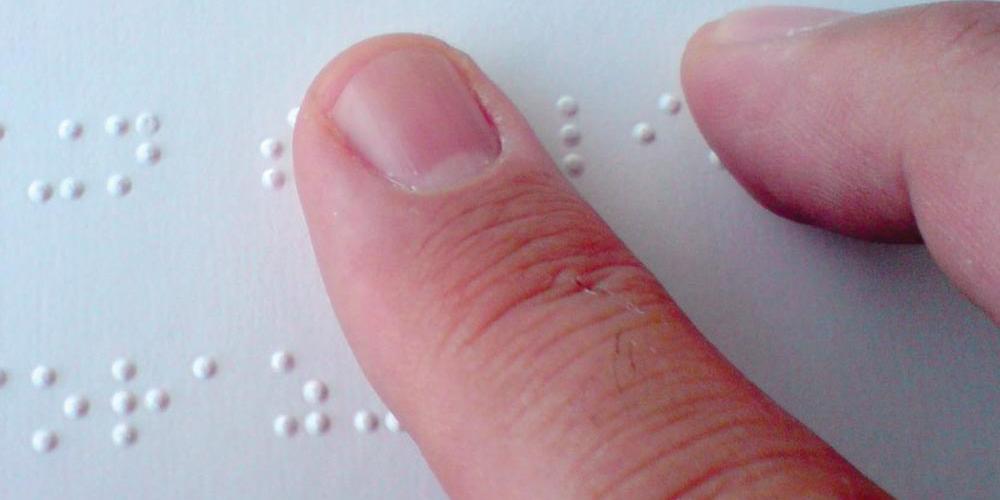 Marian was born in a little village in the country of Poland [locate Poland on a map]. When he was a newborn baby, everything seemed to be OK, but by his first birthday, Marian’s mother and father noticed that something was wrong with his eyes. He didn’t look at them, and he tried to find his toys by feeling for them instead of looking. Soon, they learned that their little Marian couldn’t see anything at all—he was blind!

They were very sad and decided to take Marian to live with his grandmother because they had to keep working on their farm. They knew that his grandmother would be able to spend more time with Marian and help him.

When Marian was nine years old, he went to a special school for blind children, called the Laski Educational Center. At this school Marian learned how to read with his fingers! His teachers gave him a special paper with raised dots on it. These raised dots represented letters, words, numbers, and more. He was learning to read Braille. With some practice, Marian was soon using his fingers to read lots of things! It was very exciting for him to be able to read and to learn many new things at this school.

Marian went to school at the Laski Educational Center for many years. After finishing primary school, he continued at the Laski Secondary School (high school). One of the classes he took was a religion class.

This didn’t make any sense to Marian, especially after he read in the Bible where Jesus said, “Do not think that I came to destroy the Law or the Prophets. I did not come to destroy but to fulfill. For assuredly, I say to you, till heaven and earth pass away, one jot or one tittle will by no means pass from the law till all is fulfilled” (Matt. 5:17,18).

So that’s when he decided to ask the teacher his question: “Why do we have two different Ten Commandments?” Marian asked. “Why is there such a difference between what I learned from my grandmother’s Bible, and what is taught here at school?”

“Because God gave the Catholic Church the power to change His law,” said the teacher.

But Marian knew that couldn’t be right, because the Bible said no one could change God’s law! He decided that he would always believe the Bible.

Our Thirteenth Sabbath Offering this quarter will help the people at Hope Channel Poland to have a studio where they can make more programs to help Polish people to learn more about Jesus and His Word—the Bible.