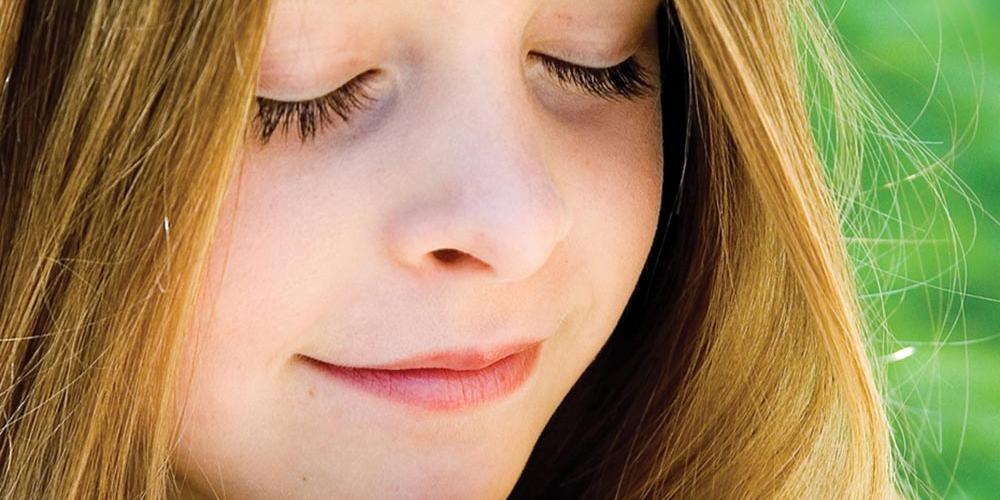 Aurely [OH-reh-lee] and Elodie [EH-loh-dee] and their family live in southern France [locate on map]. Their parents have taught them to trust God in every situation. Not long ago both girls learned that Jesus is the best teacher.

Math is difficult for Aurely. Sometimes it seems that no matter how hard she studies, she doesn’t understand some of her math.

One day Aurely came home from school and put her books down with a sigh. The next day was an important math exam, and she was worried. Her grade for the class was determined by how she did on this test. She opened her math book and began going over the lessons. But she had trouble concentrating and didn’t understand how to do some of the math problems. Frustrated, she slapped her book shut.

“It’s math, Mom,” Aurely said. “Tomorrow is the big test, and I just don’t understand some of it.”

“Have you prayed?” her mother asked her gently. “God cares about our problems. Just ask Him to open your mind and help you understand what you study.”

“Thanks, Mom,” Aurely said. She went to her room and prayed, then she opened her math book and her notes and started again. An hour later Aurely realized that this time she understood the math. That night she went to bed feeling more confident about the test.

The next day before she went to school, Aurely asked God to help her remember what she had studied the night before. Her parents promised to pray for her during her test. She was glad that math was her first period of the day, and once the test was over she could concentrate on her other work.

When the bell rang, Aurely sat down, and the teacher started giving out the math tests. When she told the students to begin, Aurely turned the test over and began reading the questions. She smiled, realizing that she understood and could answer correctly. Some questions were quite easy, and other questions more difficult, but Aurely finished the test before class ended.

After she turned her test in, Aurely thanked God for helping her remember what she had studied. Still she couldn’t help wondering how she had done on her exam. A week later she received the test back and learned that she had received a good grade. That evening she told her parents about the math grade, and together they thanked God for answering Aurely’s prayers.

Elodie is eight years old. Her teacher assigned her to memorize a poem, but she wasn’t sure how to memorize it. Mother encouraged her to work on the poem one phrase at a time, but it still seemed too big a job for Elodie. “Why don’t we pray about it, Elodie?” Mother asked. Mother and Elodie asked God to help Elodie learn the poem.

Then Mother and Elodie worked on the poem together, and soon Elodie began to gain confidence that she could learn the poem.

Before she went to bed that night Elodie had memorized the poem. Then she worked on adding the right expression to bring out the poem’s meaning. That night while lying in bed Elodie recited the poem in the dark. Thank You, Jesus, for helping me learn my poem so quickly! she prayed to herself.

On the day she was to recite her poem, Mother and Elodie prayed once more that God would help her recite the poem well. At school Elodie stood before the class and recited her poem with confidence and skill. Elodie could hardly wait to tell Mother how Jesus had helped her remember every word.