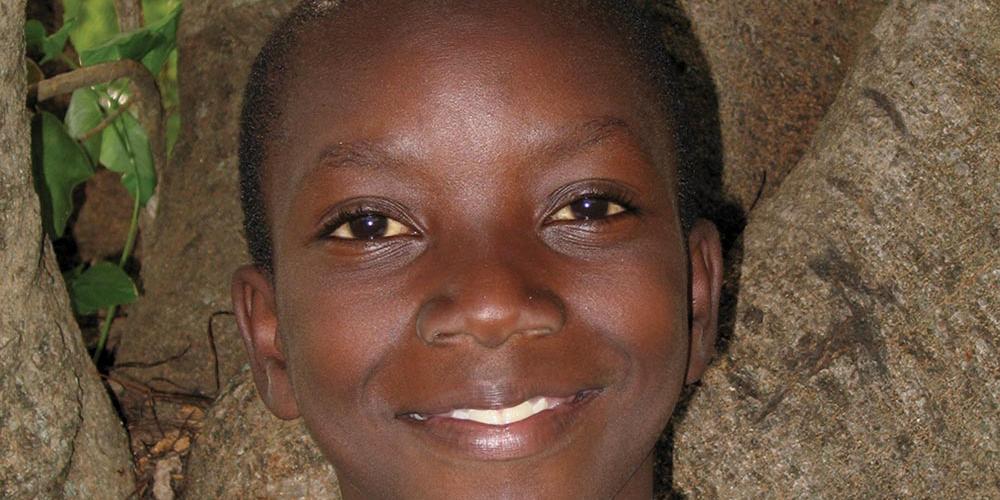 A New Friend for Jesus

Steve is 12 years old. He lives in western Kenya. One day Steve and his family were walking along the river when they saw a man sitting in front of a little thatched hut. He looked young, but his shoulders drooped like an old man. They could tell he had been drinking.

Steve learned that the man’s name was Kibogo [kee-BOH-go]. Steve visited Kibogo when he went for a walk along the river. Sometimes Kibogo was friendly; but when he had been drinking, his actions frightened Steve, who learned to be careful around the man.

One day during family worship, Steve said, “We are supposed to help the poor. Kibogo has nothing but rags to wear. Can we give him some clothes?”

Mother and Father looked at each other. They didn’t have much money, but they had a home and clothes to wear. “Yes,” Father said, “I think we can find something for Kibogo.”

Mother and Steve found a shirt, trousers, shoes and socks for Kibogo in the marketplace. That evening Father and Steve walked along the river and found Kibogo sitting outside his thatched hut. “We brought you something,” Steve said, giving Kibogo the bag. “I hope they fit.” Kibogo opened the bag and pulled out the shirt and trousers.

“Thank you,” Kibogo said quietly. “Why did you do this?”

“Your clothes were torn,” Steve said. “I wanted you to have something new.” Steve waited a minute as Kibogo tried on his new shirt. It fit well. “You know, Kibogo,” Steve said, “if you stopped drinking and smoking, you could earn money to buy food and clothes yourself.”

Steve and his father said goodbye and turned toward home. “How can we help him quit drinking?” Steve asked.

“I don’t know,” Father said. “We can encourage him and pray for him. But God has to do the rest.”

Sometimes Steve took a plate of Mother’s home-cooked meals to Kibogo. He often found Kibogo listening to his portable radio outside his hut. One day when Steve and his father arrived, Kibogo was upset. He had heard a news report saying that several people who drank the locally brewed beer had died. “That’s all I drink!” Kibogo said. “I don’t want to die. What can I do? Can you help me stop drinking this stuff?” he begged, holding out the bottle.

Steve and his father visited Kibogo almost every day to encourage him and pray with him. “Let God help you stop drinking,” Father urged. “Only God can free you from these addictions.”

Steve invited Kibogo to come to church, and one day he agreed to go. He arrived at the church and was welcomed warmly. During testimony time, Kibogo stood and said, “I have been drinking for many years, but I want God to forgive me and take away the desire to drink.” The church members hugged Kibogo and welcomed him to their family. Steve and his parents sat with Kibogo to let him know that they were glad he was there.

Kibogo started attending church every week. Steve was excited to see how God was changing Kibogo’s life. One Sabbath at church Kibogo stood and said, “I am done with drinking. I want to follow Jesus and be baptized.” People in the church said, “Praise God! Hallelujah! Amen!” Steve was so happy he couldn’t speak; so he smiled.

On the day that Kibogo was baptized, Steve and his family were so happy! The pastor thanked them for being Kibogo’s friend and helping him find Jesus.

Kibogo still lives in his small house. But now he works as a security guard and is saving his money for a new house.

“Kibogo is my friend,” Steve said. “We are brothers. We both belong to Jesus.”

Today Kibogo is a very active church member. He tells others about Jesus, just as Steve told him about Jesus. Who can you tell about Jesus?