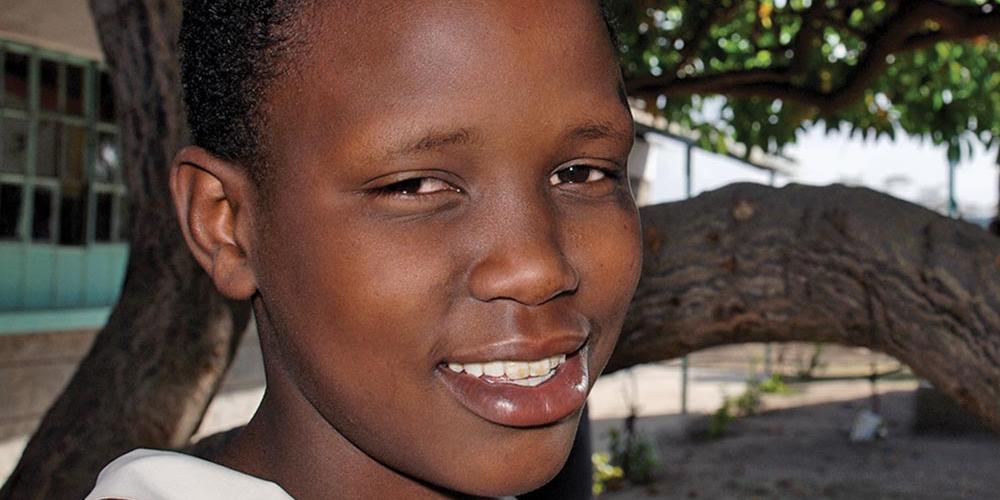 “Cheetah!” Shinai [shin-AI] gasped. “Quick! Get under the bed!” Namu pushed his little sister under the bed in their mud-and-stick hut. Little Naeku [nah-EH-koo] scooted against the rough wall. The bed, made from a cow’s hide stretched over some branches, didn’t offer much protection, and the children shuddered as they heard the cheetah’s low guttural growl near the hut’s open doorway.

The children eventually fell asleep under the bed, and the cheetah moved on. When Naeku awoke the next morning, she crawled out from under the bed and stood shivering next to her brother. Her thin shirt couldn’t ward off the early morning chill. Her stomach growled, but she knew there was no food in the house.

Shinai and Naeku are Maasai [mah-SAI] children. The Maasai are a tribe of people that live in southern Kenya and northern Tanzania. Life for the Maasai is never easy.

Shinai and Naeku lived in a small hut called a manyatta on the plains of southern Kenya. Ever since their mother died in childbirth, their father often left the children alone for days as he tried to lose his sorrow in strong drink. The children cried because they were hungry, and sometimes a neighbor brought them a little milk from their cow.

Then one day when Naeku was 5 years old, a man came to talk to Naeku’s father. The men talked for a long time. Then Father called Naeku from the shadows of the hut and said, “Go with this man. He will take you to school.”

Naeku obediently followed the man to his vehicle. She wondered what would happen to her, but she was too frightened to ask. The man sensed her fear and told her, “You will like your new school. Life will be easier there.”

Dust billowed as the vehicle bounced over the rough roads. Naeku was hungry and thirsty, but she didn’t complain. Soon they arrived at a cluster of buildings. The vehicle stopped, and a woman came out to greet them. The man introduced Naeku to the woman, the headmistress [the principal] of the school. The little girl shyly stepped forward with her head bowed to receive the woman’s soft touch on her head, the common greeting in their culture. Then the headmistress gently invited Naeku to come and see her new home.

They entered a large building and stood in a large room. Rows of beds lined the walls and the middle of the room. They weren’t like her father’s cowhide bed at home. These beds had mattresses and soft covers on them! “This is your bed,” the woman said, smiling. The little girl placed her meager belongings in a box and slid it under the bed.

Then she followed the woman to another room where she found a plate of boiled cassava, matoke [mah-TOH-keh],* and some greens. The headmistress smiled and nodded, and Naeku sat down and ate hungrily. For the first time in months her belly was full.

Next week we’ll learn what happened to Naeku at her new school.

*Matoke is a plantain-like banana that is cooked and usually mashed. It’s a common food in Kenya and most of eastern Africa.