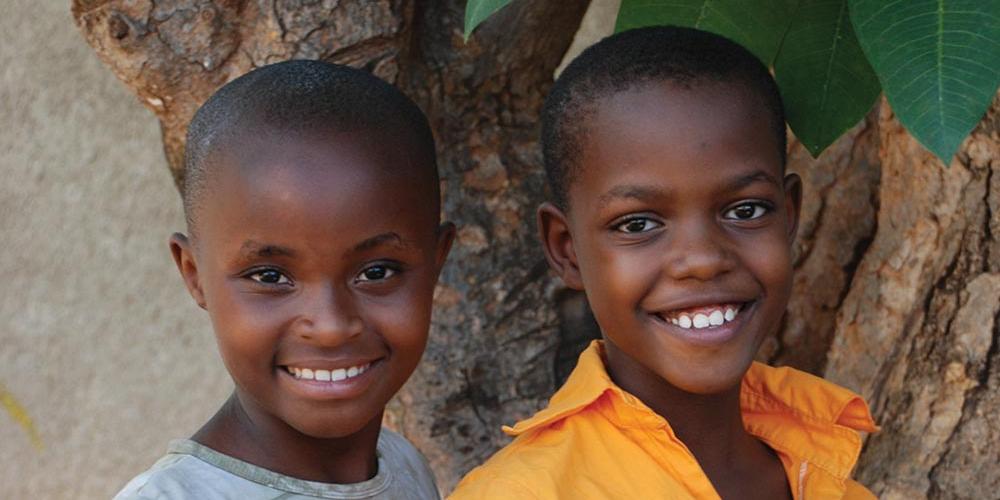 Larissa and Rosette live in the tiny country of Burundi in eastern Africa. [Locate Burundi on a map.] Larissa is 8 years old, and Rosette is 7. The girls live near each other and are best friends.

Larissa and her family are Adventists. One day while the girls were playing together, Larissa’s mother called her to come into the house for family worship. Larissa looked at Rosette and said, “Come on! It’s time for worship!” Rosette followed Larissa into the house. The family sang a song about Jesus, then Mother read a Bible story and they all prayed.

Rosette has been attending church with Larissa for three years now. “I really like Sabbath School,” Rosette says. “I like the songs we sing and the Bible stories that we hear. We also memorize Bible texts, and I like learning those too.”

Rosette was so excited! “I’m so glad you’re coming, Mama!” Rosette said. “I would like it if you would come all the time.”

Rosette’s mother couldn’t always come because she was taking some classes. But whenever she had no classes, she went to church with her daughter. Once she finished the Saturday classes and she could come to church more often.

Rosette wanted her family to pray together like Larissa’s family does. So when her mother started going to another Adventist family’s home to have family worship, Rosette went with her.

Then Mother had another surprise for Rosette. She had decided to be baptized. Rosette was so happy!

Rosette’s father doesn’t attend church with the family, but he’s glad that the rest of the family attends church. Rosette knows what to do. She has begun praying that her father will join the family in worshipping God on Sabbath. Then she invites him to come with them to church. She wants the whole family to be members of God’s family, just like Larissa’s family. “I want my family to have family worship, just like Larissa’s family does,” Rosette says. “Maybe I’ll start leading worship myself!”

Larissa says it was easy to invite her best friend to become a friend of Jesus. Larissa wants other children to invite their friends to Sabbath School to learn to love God too. “First, pray for them,” she says. “Then invite them. If they say yes, that’s great. And if they say no, you can keep praying for them and inviting them to come to church with you. One day they’ll be glad that you asked.”

Rosette is glad that Larissa invited her to church. Now Rosette is thinking of inviting one of her classmates to come to church with her. After all, that’s what missionaries do.