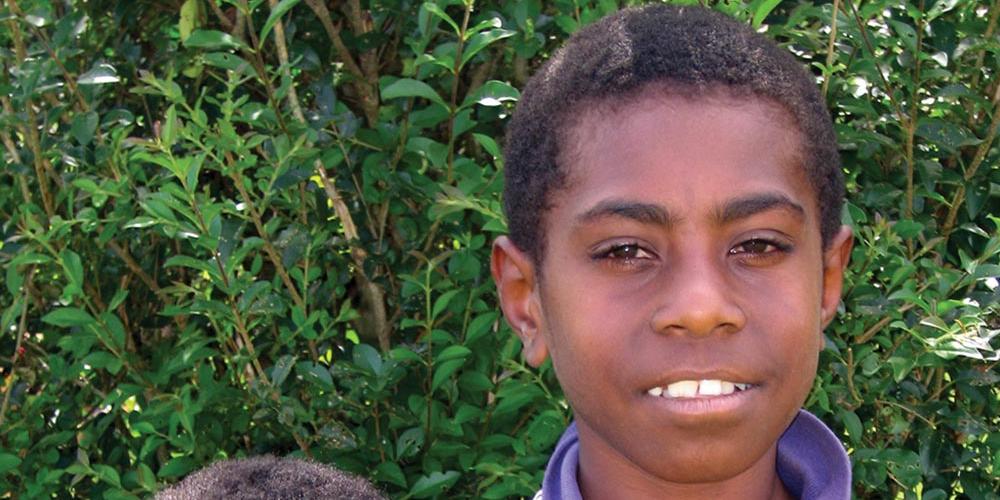 Israel likes to tell his friends the story of the day he saw his angel. When he does, he tells them, “Angels take care of us. They show us that God loves us.”

Israel and Laurie are brothers. They live with their parents in the highlands of Papua New Guinea. Like most little boys, Israel and Laurie like to play, and sometimes they get into mischief. Sometimes Israel ran away from school during recess so he could play with Laurie, and other times the brothers sneaked into the family’s garden looking for some ripe bananas to eat. Sometimes when their parents asked them to bring a bucket of water from the well or scrape the white fleshy fruit from the coconut shells, or anything else they didn’t want to do, they would run away and play.

Israel and Laurie liked to go to Sabbath School and sing about Jesus’ love, but sometimes it was hard to understand that obeying Mother and Father was as important as obeying God. When the boys were naughty or disobedient, their parents punished them. The boys would be sorry, but it was hard to remember to obey.

One day Israel and Laurie were outside their house playing. They had made pretend trucks and buses from sticks and fruits. They found small round fruits that were hard and pushed a short stick into two fruits to form the wheels and axle. Then they split a longer stick and tied it around the axle. The longer stick became a handle. The boys were having fun pushing the stick trucks around their yard, making truck noises as they ran.

Suddenly Laurie saw a bright light behind his older brother. It was brighter than the midday sun, and Laurie had to shade his eyes from the brightness. Laurie sucked in his breath and stood very still. His eyes grew big, and he said, “Israel, there’s an angel standing behind you!”

When Israel looked up, his eyes grew big also. For he saw an angel standing behind Laurie too. The angel held out his wings, as if protecting Laurie.

Israel jumped to his feet and said, “Laurie, there’s an angel behind you, too!” The brothers stood staring at the angels, not daring to move. The angels were smiling at the boys, not frowning or looking sad. The brothers weren’t afraid, but they didn’t speak. They just stared in disbelief at the sight in front of them.

Then, as if someone had shouted, the brothers turned and raced to the house to tell their parents what they had seen. “Mommy, Daddy, come quick! Our angels are standing outside! We saw our angels!”

Mother and Father smiled at their boys and said, “The angels probably were watching you while you were playing. Perhaps God has sent the angels to tell you that He is taking care of you and that He loves you. Even if you don’t see your angels, they are watching you.”

Israel and Laurie ran back to the front door, but the shining angels were gone. Just the day’s sunshine lit the family’s front yard.

Israel and Laurie still sometimes forget to do what their parents ask. But their mother and father have seen a difference in them ever since the day the brothers saw their very own angels.

Israel likes to tell his friends the story of the day he saw his angel. When he does, he tells them, “Angels take care of us. They show us that God loves us.”

Boys and girls, each one of us has an angel to watch over us and protect us, just as Israel’s and Laurie’s angels do. You may never see your angel, but you can be sure that he is there, because the Bible tells us that “He shall give His angels charge over you, to keep you in all your ways” (Ps. 91:11, NKJV).