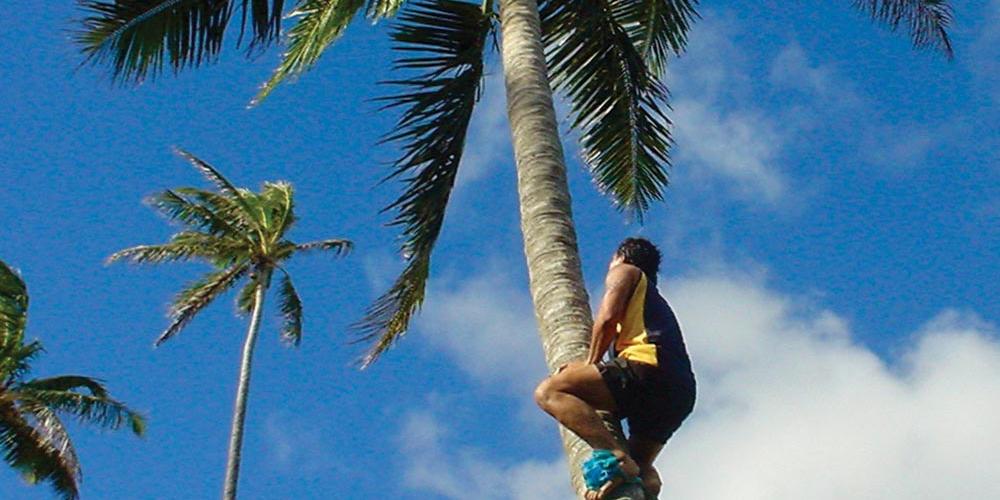 Life on the Island

One day a visitor came to our house. He was the new Adventist pastor who had just come to the island. He invited us to come to a branch Sabbath School that was starting in my grandparents’ home next door.

Editor’s Note: This classic story gives insight into island life on the tiny island (1.5 sq. miles) of Manihiki. It was first published in the Teen Mission quarterly, First Quarter 2000.

My name is Taiti [tah-EE-tee]. My family lived on the island of Manihiki [man-ee-HEE-kee] in the Cook Islands before we moved to Fiji, where my father studies at Fulton College. [Locate Cook Islands on a map; then point to Fiji.] We should have been excited about going to Fiji, but we hated to leave Manihiki. We had lived there for several years, and it had become home to us.

Actually, my sister and I were born in New Zealand, and we didn’t want to leave, but we soon learned to enjoy life on our tiny island. Manihiki is so tiny that it doesn’t appear on some maps. It isn’t a mountainous island, but is what is called an atoll [AH-toll]. It’s just a circle of coral and sand that barely peeks out of the ocean. The highest spot on the island is only a few feet above sea level!

Not much can grow on a coral atoll, just coconut trees and sea grass. And there are no rivers or lakes on the island to provide fresh water. We catch rain in large barrels, and the coconuts provide us with water and food. And, of course, we have plenty of fish to eat. Life is slower, more peaceful, on our little island.

In spite of its tiny size, our island is famous for its main industry. In the protected waters of the lagoon in the middle of the island, we raise a special kind of oyster that produces black pearls. These pearls are known around the world. They provide the money we need to buy what we cannot grow on our tiny island.

You may also wonder what we would find to do on such a tiny island. Well, the boys all know how to climb the tall coconut palms and knock down coconuts for their moms to use in cooking, so I learned to climb the trees too. At first it was hard, but once I caught on, it became easier. And everyone on our island knows how to swim, so we often go swimming in the peaceful waters of the lagoon.

My dad and I like to fish in the lagoon too. The fish like the quiet waters, so when they find their way into the lagoon, they often stay. When we want to catch fish, we stretch a net across part of the lagoon in a half circle. Then we toss stones into the water. The fish swim away from the stones and right into our nets.

One day a visitor came to our house. He was the new Adventist pastor who had just come to the island. He invited us to come to a branch Sabbath School that was starting in my grandparents’ home next door. That sounded like fun; so my sister, Ngametua [nah-meh-TOO-ah], and I asked Mom if we could go. Mother said it was OK. She had gone to a Protestant church in New Zealand and was glad that we could learn about God in Manihiki.

We enjoyed the branch Sabbath School, and when we went home we told our mom all about it. When Dad came in, we told him too. He smiled as we sang one of the songs we had learned. I didn’t know that Dad had been an Adventist when he was little and that he had stopped going to church when he moved to New Zealand.

Before long the pastor announced a baptism, and my parents decided to be baptized. One Sabbath day we all went to the lagoon, where the pastor baptized Mom and Dad and several other new members. It was a happy day! I’m so glad my parents have given their hearts to God. Our home is so much happier now than it was before.

Taiti Toroma was 12 years old when he shared this story.