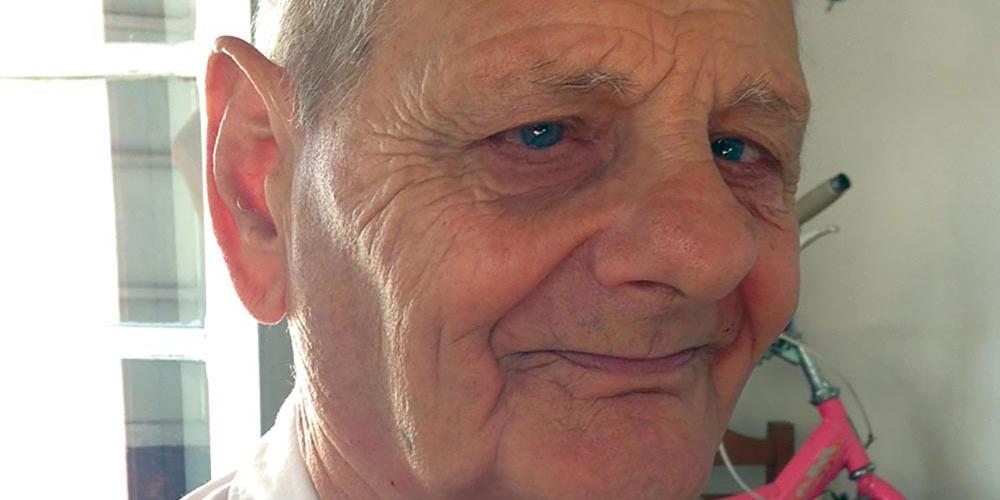 The Blind Man Who Sees

When he was just a baby he lost his mother and father, so he had to live in an orphanage. Life was very hard for him, so by the time he was 9 years old, Mr. Francisco started looking for a way to earn some money. He found a job working at the cemetery. His job was to keep all the graves and tombs looking nice and tidy. He was paid pennies for his work.

When he was 12 years old he got a better job working in a candy shop. It was a happier place, and he was better paid so he had more money to buy food and other things. As he got older, he kept working in little shops and in this way he was able to earn enough money to take care of himself.

Mr. Francisco quit smoking, and his wife kept praying for him. He went home from the hospital and got better and better, until he was completely well!

Then a few years later, two very sad things happened. First, Mrs. Francisco died. Then, Mr. Francisco had some problems with his eyes, and he became blind! He didn’t know what to do. He just sat at home all day and was very sad.

One day a friend came to visit Mr. Francisco. The friend told him about an Adventist radio station called Nuevo Tiempo (nu-AVE-o TEE-em-po). He thought that Mr. Francisco would enjoy listening to the many good programs.

Once Mr. Francisco started listening to this radio station, he couldn’t stop! He listened all day long, and it became like a friend to him. He learned many things, such as how to eat and live healthfully, and about God and the Bible. And he learned about God’s holy Sabbath day.

One day, Mr. Francisco called the radio station and asked for Bible studies. An Adventist Bible worker came to his home and studied the Bible with him. Before long, Mr. Francisco was baptized into the Seventh-day Adventist Church. He says that even though he is physically blind, he can “see” more life because he has Jesus in his heart!

Mr. Francisco is no longer lonely because, he says, “The church is my family now.” When he was in the hospital not long ago, he was so happy when the whole church came to visit him!

Mr. Francisco likes sharing his faith with others. Every week he goes back to the hospital and shares the Bible and prays with the people. He also visits a school for blind people and studies the Bible with the students there. Sometimes he brings people to church so that they can experience the same joy that he has found.

What Can You Do?

Maybe there is someone living close to you who is sad or lonely or needs to know about God. Find out about an Adventist television or radio station in your area, such as Hope TV Channel or Nuevo Tiempo TV/radio. Ask your pastor or Sabbath School teacher how people can watch or listen to the Adventist radio or TV station, and then share that information with your friends, family, and neighbors. (Note to teachers: Visit www.hopetv.org or http://nuevotiempo.org for more information.)