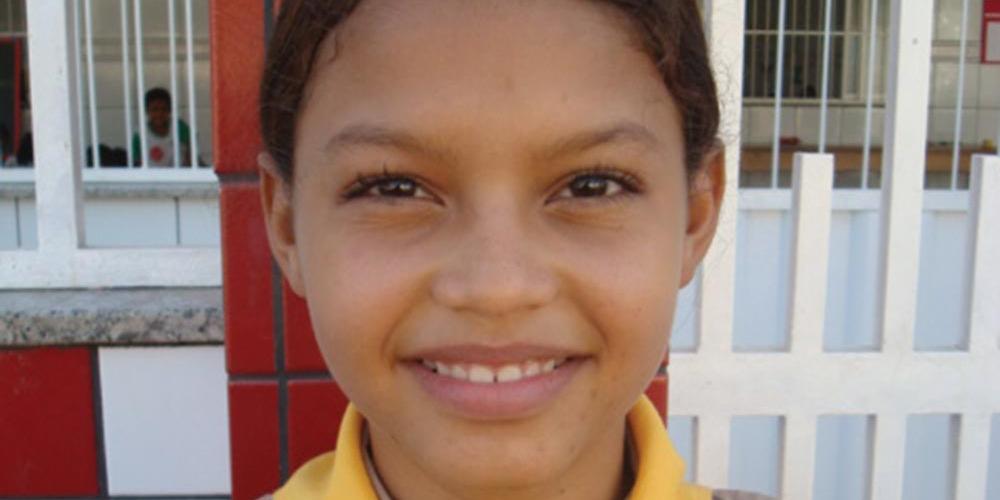 Amanda lives near the Amazon River in northern Brazil. Who can locate the Amazon on the map? [Help a child find the Amazon.]

One day, Amanda arrived home from school and found a piece of paper on her front porch. It was an invitation to a series of church programs. There would be singing, a health talk, a movie about Jesus, and Bible lessons.

This sounded interesting to Amanda, and she asked her mother if she could go. Her mother said yes, for the meetings were held near their home. So when the meetings started, Amanda went.

Amanda was a little shy when she first entered the building, but when she found other kids her age there, she felt at home. In fact, children her age were leading the singing and taking part in the rest of the program. The meeting was interesting, and Amanda decided to return the next night.

After the meeting ended, Amanda stayed to talk with some of the children. She made some new friends and she also saw some friends from school. Amanda told her mother about the meeting when she arrived home and invited her mother to go with her. But her mother said that she was busy.

Amanda wished that her mother would attend the meetings with her. Every day she invited her to go. Finally, a week later, Amanda’s mother agreed to go with her to the meeting. Mother enjoyed the meetings and signed up to study the Bible with someone.

Amanda’s mother was surprised at her daughter’s determination, but as she thought about it, she decided that she should follow Amanda’s example and attend the church too. Before long, both of them were preparing for baptism.

Amanda joined Pathfinders, and especially enjoyed the camporees. She also has a missionary partner with whom she goes out to give literature to people. And she talks to her friends at school about Jesus.

“The best thing I did in my life was to give my life to Jesus,” Amanda says. “He loves me so much!”

We can do as Amanda is doing. We can give out invitations to meetings and encourage one another to share God’s love with classmates and neighbors. There’s so much we can do to help others learn about Jesus. And another thing we can do is to give our mission offering every week. Then lots more people will learn that Jesus loves them.