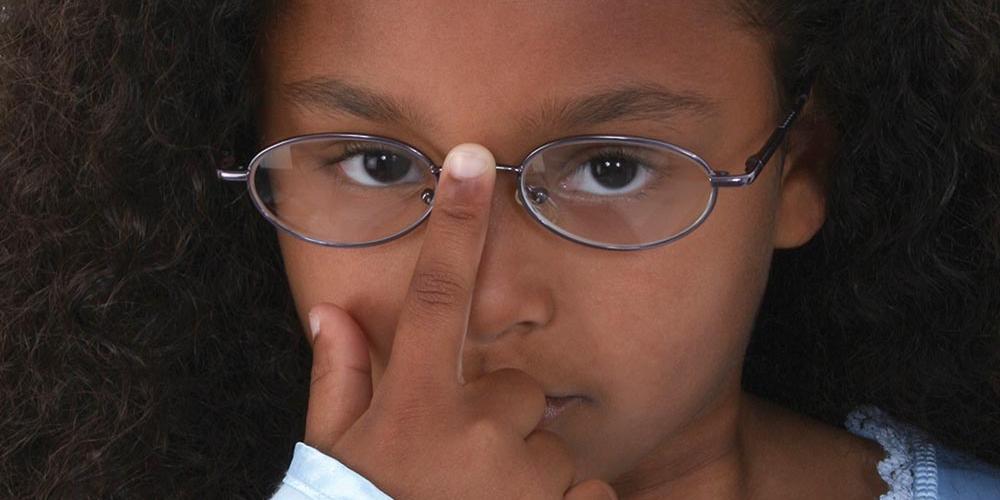 Valerie walked slowly toward her classroom, tears streaming down her face. Her best friend walked with her as her classmates ran ahead so they wouldn’t be late for class.

Valerie is 11 years old. She studies at Riverside Adventist School in Cape Town, South Africa. During recess she and her classmates had been playing netball, a form of basketball. Valerie had laid her glasses where they would be safe while she played. But when recess ended, Valerie couldn’t find her glasses. She dropped to the ground, searching with her hands for her glasses. Her best friend saw her and urged her to return to the classroom and tell the teacher what had happened.

The teacher listened as Valerie told of her lost glasses. “Let’s pray that God will help us find your glasses,” the teacher said. Then the teacher sent the other children out to search for the glasses. “Walk carefully so you don’t accidentally step on them,” the teacher warned.

The children searched the netball area for the missing glasses while Valerie waited in the classroom. Tears threatened to fall again, and the teacher prayed with her again. But 20 minutes later the students returned to the classroom without the glasses.

The students returned to their studies, but they felt sad for their classmate who couldn’t read without her glasses.

Time for recess came, and the children went out to play. Several minutes later three girls came running to their teacher. One girl was waving something in her hand. “We found the glasses! We found them, Teacher!” they shouted. “We knelt down on the playing field and prayed again that God would show us where to find Valerie’s glasses. Then we walked toward the soccer field on the far side of the building, when we saw something shining in the grass. It was Valerie’s glasses!”

The teacher took the glasses from the girl. “The glasses were near the soccer field?” the teacher asked.

“That’s nowhere near where you girls were playing. The boys could have trampled on the glasses while they were playing soccer earlier. But there’s no sign of damage.” The teacher smiled at the girls. “The Lord surely has answered our prayers!”

The teacher gently washed the dust from the glasses and gave them to a grateful Valerie. Then the students prayed again, this time thanking God for protecting their friend’s glasses.

Valerie isn’t from an Adventist family. But her family’s faith has grown stronger as they’ve seen that God truly does answer prayer.