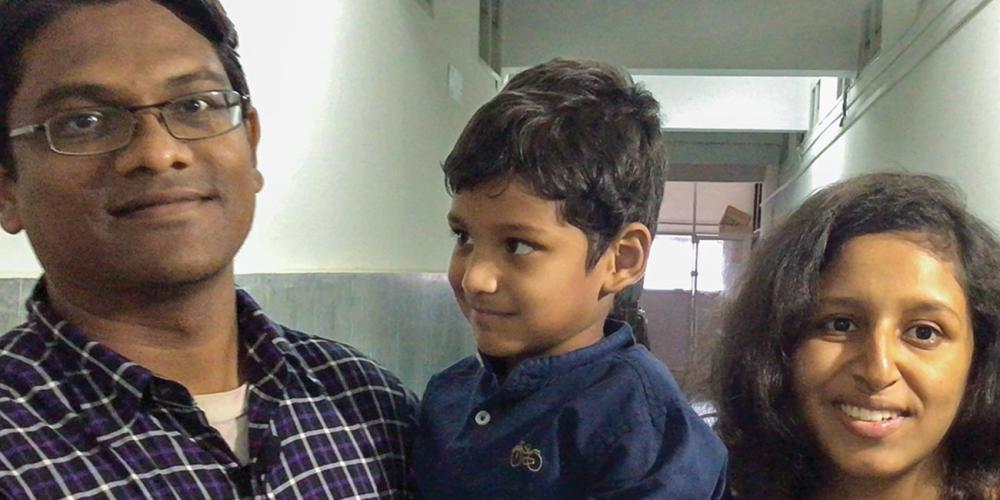 To Sabbath School teachers: This story is for Sabbath, October 24.

A public school teacher pulled aside the Seventh-day Adventist couple after hearing their health seminar at her school.

“My mother-in-law is suffering from a serious back problem,” she said. “Do you have any treatment for her?”

The teacher, Aisha, invited the couple to her mother-in-law’s house. Sandeep and Ramya had just completed medical training, and the health seminar at the school was their first. They hoped to give health seminars and promote natural remedies based on the Bible and Ellen White’s writing across India.

The married couple found the elderly mother-in-law, Shubhangi, in bed. She had spent a lot of money on treatments, but nothing had helped. Now she was bedridden, unable to stand or walk, and living alone. Her daughter-in-law used to share the same house but had moved out with Shubhangi’s son and grandson after growing tired of caring for her.

Sandeep leafed through the mother-in-law’s stack of medical documents. Ramya examined her bag filled with medicine bottles. They looked at each other helplessly. They didn’t know what to do. They had just finished their studies and had never tried natural remedies on such a severe case. They prayed.

“Let’s try something,” Sandeep told the mother-in-law. “Would you agree to stop taking all of your medicine for five days?”

Shubhangi agreed, and the treatments began. Ramya gave hydrotherapy and massage in the morning and evening. She made raw vegetable juice for meals.

On the third day, Shubhangi stood up and walked for the first time in months. She burst into tears.

“My son and daughter-in-law have left me to die,” she said. “They don’t take care of me anymore because of this illness.”

“Just pray to God, and He will bring them back,” Sandeep said.

Shubhangi was not a Christian. Her house was located in a strict, non-Christian neighborhood. In fact, if neighbors saw anyone with a Bible, they would create trouble.

Sandeep prayed and gave Shubhangi a Bible in her native language.

“Read one page in this Bible every day and pray to Jesus,” he said. “He will bring your son, daughter-in-law, and grandchild back home.”

After five days of treatment, the mother-in-law had no more pain. She was completely well.

“Son, you told me to read the Bible every day and pray, and my son would come back,” she said. “But it hasn’t happened, and it’s been 10 days.”

Sandeep learned that she had been reading three pages a day — a page in the morning, afternoon, and evening — as if she were following a doctor’s prescription. She hoped to speed up God’s answer to her prayers.

“Keep praying, and God will perform a miracle,” Sandeep said.

“I am now living in mother-in-law’s place,” she wrote.

The family was reunited.

Today, the mother-in-law reads the Bible regularly. She sends Sandeep and Ramya verses from the Bible. She prays.

Sandeep and Ramya are overjoyed.

“She was our first patient,” said Sandeep. “We didn’t know how to deal with this. The medical training only gave us the basic principles. Somehow God led. It’s really a miracle.”

Citing Ellen White’s book, “A Call to Medical Evangelism and Health Education,” p. 12, he added, “As the medical missionary works upon the body, God works upon the heart.”

Part of this quarter’s Thirteenth Sabbath Offering will help construct two churches in Bengaluru, the closest big city to where Sandeep and Ramya live with their 7-year-old son, Aayush. Thank you for planning a generous offering.