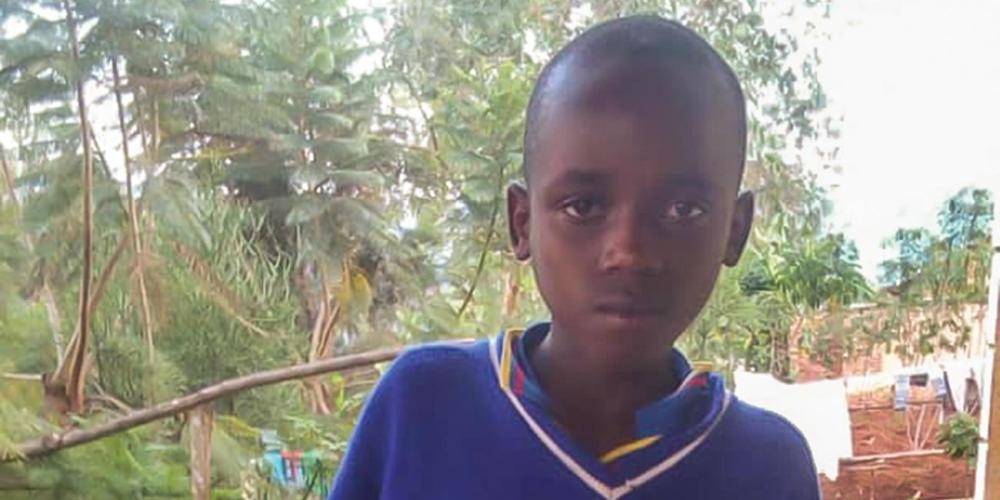 This mission story illustrates the following objectives of the Seventh-day Adventist Church’s “I Will Go” strategic plan: Spiritual Objective No. 6, “To increase accession, retention, reclamation, and participation of children, youth, and young adults”; and Spiritual Objective No. 7, “To help youth and young adults place God first and exemplify a biblical worldview.” For more information, go to the website: IWillGo2020.org.

To Sabbath School teachers: This story is for Sabbath, March 4.

laude was habitually drunk by the age of 12. He was seeking an escape from the controversies that had scarred his young life in Rwanda.

Claude grew up in a family mired in conflict. From an early age, he heard Father and Mother constantly arguing. Mother also quarreled with her mother-in-law, and, after those arguments, sometimes left home for days at a time to stay with her own mother. Mother pleaded with Father to move the family to another town, away from his relatives, but he refused, saying that he couldn’t leave his kin.

To Claude’s alarm, Father suddenly fell seriously ill. He took medicine but grew worse. He went to the clinic, but the doctor was unable to help and sent him to a bigger hospital. There, Father was diagnosed with malaria. Father spent many days in the hospital, and Claude heard people say that he would die. However, instead of dying, Father began to act strangely at the hospital. The doctor sent Father to a psychiatric hospital. After many treatments, Father recovered and returned home. But the treatments left him deaf, unable to hear.

Instead of celebrating Father’s miraculous recovery, suspicious relatives and neighbors cast doubt on whether he had had malaria. They whispered that Mother had tried to poison him. Mother couldn’t bear the rumors and finally got a divorce, leaving Claude with Father. Father sent Claude to live with his grandmother. After Father remarried, he called for the boy to return home.

Claude was scarred by his difficult childhood. He felt alone in the world. He began to drink beer until he was habitually drunk. As a 12-year-old boy, he was desperately unhappy.

One day, after a few drinks, he noticed that a neighbor boy was walking along the road with a copy of Ellen White’s book The Great Controversy. On the book’s cover was a picture of angels in white. Claude was astonished at the title, The Great Controversy. He knew that the word “controversy” meant to have a disagreement or an argument. He had seen many disagreements and arguments. If the book was about a great argument, he thought, why were there angels in white on the cover? He was very curious.

“Can I borrow your book?” he asked the boy.

The boy could see that Claude was drunk. He didn’t mince his words.

The boy’s words hit Claude like a bolt of lightning. He instantly became sober. He felt great guilt over his misdeeds. He remembered that the neighbor boy went to church every Sabbath.

“Can I go with you to church next Sabbath?” he asked.

On Sabbath, children and adults welcomed Claude at church. He felt happy and loved, and he enjoyed the Sabbath School program. He returned to church the next Sabbath and the next. He began to read the Bible. He read other spiritual books borrowed from children at church. In one book, he read about a boy who wanted to be a witness to others. In the story, the boy asked his father, “How can I teach the Word of God to other children?” His father replied, “Write your favorite Bible verses on pieces of paper and give those pieces of paper to other children.”

Claude loved the idea, and he immediately began writing his favorite verses on pieces of paper and giving them to other children. Soon some of those children started to go to church with Claude. Four of them have given their hearts to Jesus in baptism.

“I love Jesus,” he says. “Because of the cross, I now know that Jesus has forgiven me, and I thank Him. I will keep sharing the Word of God as I prepare for Jesus’ Second Coming.”

Thank you for your Sabbath School mission offerings that help spread the good news about Jesus’ soon return in Rwanda and around the world.

This mission story illustrates the following objectives of the Seventh-day Adventist Church’s “I Will Go” strategic plan: Spiritual Objective No. 6, “To increase accession, retention, reclamation, and participation of children, youth, and young adults”; and Spiritual Objective No. 7, “To help youth and young adults place God first and exemplify a biblical worldview.” For more information, go to the website: IWillGo2020.org.