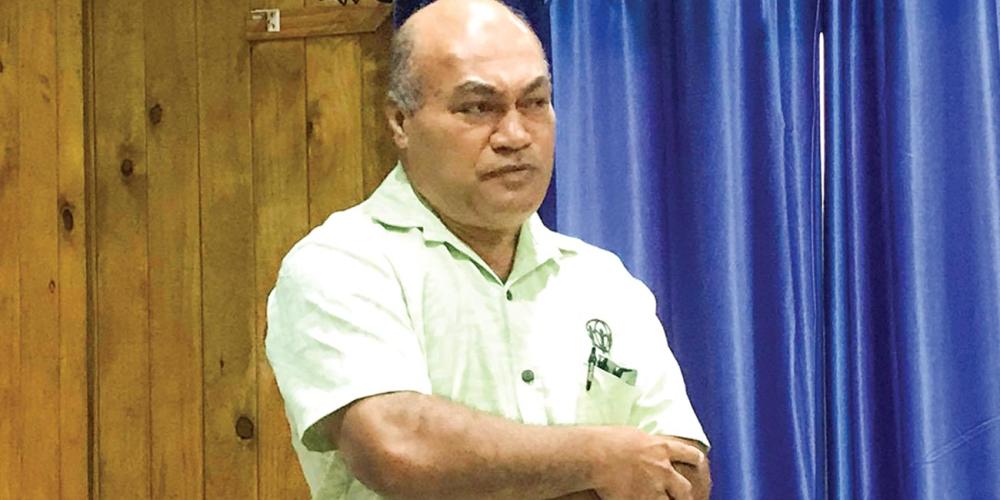 Here Am I! Send Me

To Sabbath School teachers: This story is for Sabbath, December 3.

siata, a father of three adult children and grandfather of three grandchildren, did not know the meaning of the acronym ADRA when he arrived at the ADRA office for a job interview in Apia, the capital of the South Pacific nation of Samoa. But he knew that he was jobless and desperately in need of money to support his family.

During the job interview, ADRA’s country director explained the meaning of the acronym: Adventist Development and Relief Agency. She explained that ADRA wanted to hire someone to help prepare the community for cyclones and other natural disasters.

Asiata liked the idea of helping his family and neighbors to better prepare for cyclones. A fierce cyclone seemed to strike Samoa every few years, destroying homes, washing out roads, toppling electricity lines, and endangering lives. He was well suited for the job of community facilitator. Although Asiata had only recently returned to Samoa after spending some time in Australia, he had deep roots in the local community. His family had founded a village church, and he held positions on its board and in his religious denomination.

Asiata got the ADRA job.

“That’s fine,” the ADRA director told him. “Go ahead and take the exam. You can start work on Monday next week.”

Asiata felt greatly relieved. He appreciated the flexibility of the ADRA director and her respect for his faith. He passed the preaching exam and began his new job on Monday.

Several months passed, and he learned that the Seventh-day Adventist Church would hold special meetings in Samoa. An evangelist was flying in from Australia to speak at a large convention center. The meetings would be broadcast live on screens in Adventist churches across Samoa. Asiata received an invitation to attend the main meetings at the convention center.

He invited his wife, two adult children, a daughter-in-law, and other people from his village to attend the meetings, and they agreed. He sat in the front row, nearly in front of the podium, for every meeting of the 14 nights. He stood up in response to every altar call. When the evangelist asked who would like to be baptized, he stood up again. Asiata joined his wife, their two adult children, and their daughter-in-law in being baptized on the last Sabbath of the meetings.

Three years passed and, in late 2020, another two-week program was organized in Samoa. The speaker was the president of the Adventist Church in Samoa. He asked Asiata to give a 15-minute health presentation at the start of every meeting. Among other things, Asiata could teach listeners how a healthy lifestyle could prevent diabetes. Diabetes is a common health condition that results in many Samoans undergoing toe amputations.

Asiata invited his neighbors to attend the meetings. Every day after work, for 14 nights, he picked up neighbors in his van and drove them to the meetings. Six of them were baptized.

Then in 2021, the Adventist Church organized another series, and Asiata again invited his neighbors. Two were baptized.

Asiata couldn’t be happier. “I believe God guided me to ADRA,” he says. “God gave me this work and opened a window for me to grow spiritually.”

Thank you for your Thirteenth Sabbath Offering three years ago that supported “Save 10,000 Toes,” a campaign to prevent toe amputations by teaching better health practices in Samoa and other countries in the South Pacific Division.