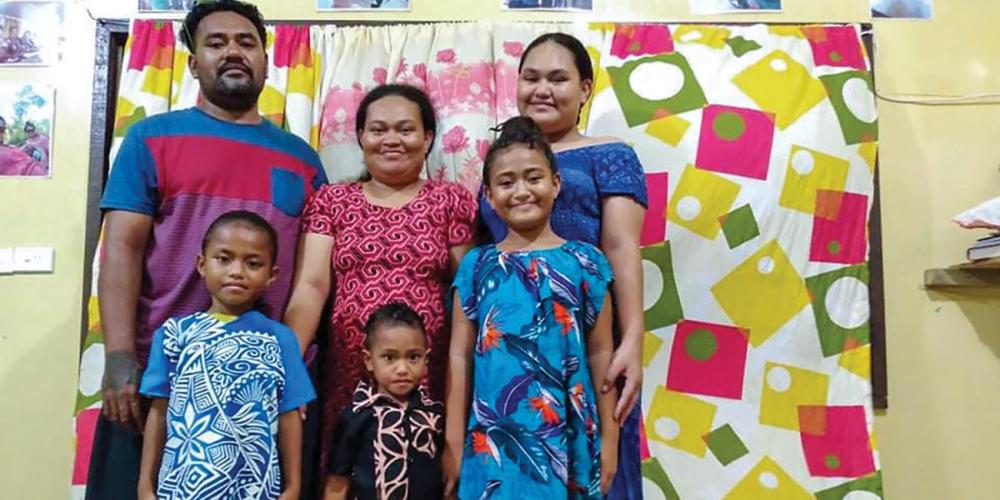 To Sabbath School teachers: This story is for Sabbath, November 26.

Seventh-day Adventist aunt took Barry to church every Sabbath on a tiny reef island in the middle of the South Pacific. But on Sundays, Barry’s mother and father took him to another church.

Perhaps understandably, Barry grew up confused in Tuvalu, a small nation comprised of 11,000 people living on nine tiny islands between Australia and Hawaii. The nine islands of Tuvalu cover a total land area of only 10 square miles (26 square kilometers).

It is the custom in Tuvalu for children to be raised by the mother’s younger sister. So, after Barry was born, he was raised by his aunt, Pena.

Now Pena loved Barry dearly and treated him as her own son. Every Sabbath, she took him to the Niutao Seventh-day Adventist Church, the only Adventist church on their reef island of Niutao.

As Barry grew into a teenager, he decided to attend a maritime school and become a sailor. With Tuvalu surrounded by ocean, many of its inhabitants work as sailors. So, Barry ended up working as a sailor and sending money back home to help his family. After getting married, he continued to work as a sailor, sending money to his wife and four children.

After growing up in two churches, Barry wasn’t sure what to think about God. His wife, Taufua, belonged to the same church as his father. His sea life kept him far from church, so he stopped going to church services, and his life sank into chaos. He became addicted to tobacco, and he drank heavily. His drinking led to three serious motorcycle accidents while visiting home on shore leave in the country’s capital, Funafuti. Each time, he was rushed, bleeding and unconscious, to the country’s only hospital.

A sudden illness shook the family. The oldest child, Liena, fell ill with the mumps and had to be flown to a hospital in Fiji for urgent treatment. Barry and Taufua accompanied their 14-year-old daughter on the two-and-a-half-hour flight on Fiji Airways.

At the hospital, Barry began to think seriously about God for the first time in years. He remembered his aunt taking him to the Adventist church as a boy. He began to pray.

Back in Tuvalu, Barry quit his job as a sailor. He wanted to get away from the evil influences of his old life and to start a new life with God. He began to study the Bible with his wife and Liena at the Adventist church every Sabbath afternoon. On Sabbath mornings, he and his family worshiped together at the church. As they worshiped, their desire to know more about the Bible grew, and they became involved in other church activities.

In 2021, Barry and his wife and oldest daughter followed Jesus’ example into the waters of baptism. Barry and Liena were baptized at the Funafuti Seventh-day Adventist Church in April, while Taufua was baptized two months later in June.

Thank you for your Thirteenth Sabbath Offering that will help record and produce children’s programming based on Ellen White’s books Steps to Christ, The Desire of Ages, The Great Controversy, and others. The programming will be distributed on Hope Channel and the Internet to children in Tuvalu and across the South Pacific Division and the world. Thank you for planning a generous Thirteenth Sabbath Offering.