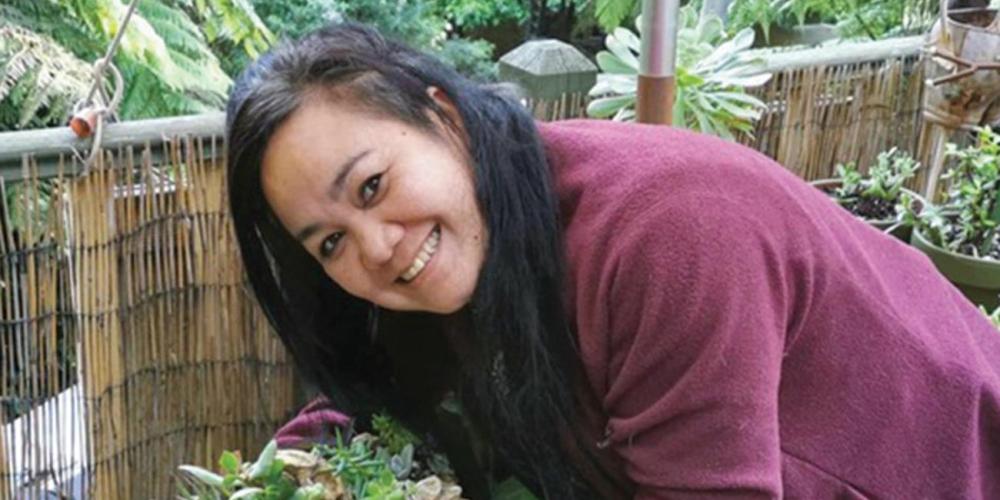 Prayers, Plants, and a Pandemic

To Sabbath School teachers: This story is for Sabbath, October 29.

mmy faced the real prospect of homelessness when a COVID-19 lockdown in Melbourne, Australia, caused her husband’s company to reduce his hours to part time.

But she had faith. She and her husband, Jonathan, had recently been baptized and joined the Seventh-day Adventist Church. She began to pray for a job to support Jonathan and their three sons.

Several challenges loomed. Emmy did not know how to drive, and the job market was extremely difficult. When she went for a first job interview, she took a friend along with her, and job interviewer ended up offering the job to the friend.

“Don’t worry,” Jonathan reassured her. “If you didn’t get that job, it was not God’s will, and it was not for you.”

Emmy kept praying. As she prayed, she found joy in raising succulent plants. She took selfies with the plants and posted them on Facebook. She joined a Facebook group for succulent-plant growers.

One day, she was inspired by a video posted in the Facebook group by a plant nursery.

“I wish I could work with you guys,” she wrote below the video. “I really love succulents.”

“Where do you live?” came the reply.

When she gave her location, the plant nursery wrote back with an invitation to call its director.

The man who answered the phone was waiting for her call.

“Would you like to come to see me at our nursery at 4:30 this afternoon?” he asked.

Emmy jumped at the opportunity. “Of course!” she said. She was delighted because the nursery was within walking distance of her house. She wouldn’t need to find a ride.

But she wanted God’s will to be done.

“Lord, if this job is not for me, do something to stop it,” she prayed.

Not wanting to be late, Emmy left her house at 1:30 p.m. She arrived at the nursery in just 30 minutes, far too early for her appointment. As she waited, she tried to hide surreptitiously in bushes, not wanting to be seen.

But the nursery director spotted her quickly. “Are you Emmy?” he asked.

When she nodded, he invited her into his office, and he described the nursery’s business. Then he introduced her to each employee and showed her the nursery’s plants. Seeing her enthusiasm, he gave her a full-time job on the spot.

Emmy was amazed that God had used her comment on Facebook to give her a job so close to home in the middle of a pandemic. She and her family would be able to afford to keep their house.

Emmy soon learned all areas of work in the nursery, and she could fill in wherever she was needed. She enjoyed the variety of work. She also was interested in how the succulents propagated because she wanted to propagate her own plants at home. With permission from the nursery, she began taking cuttings home to start her own collection. Time flew by as she worked. God had truly answered her prayers.

Or so she thought.

On payday, Emmy was bewildered. While everyone else received pay that Friday, she got nothing. When she asked about it, she was told that she would not be paid because she had been taking plant cuttings home.

Emmy could hardly believe it. Yes, she had taken cuttings home, but with permission. Nobody had said anything about the cuttings being in lieu of wages.

At home, her husband, Jonathan, encouraged her to take the matter to God.

And they did all weekend.

On Monday morning, Emmy received a pleasant surprise. When she arrived at work, before she could even ask more questions about her pay, the director’s wife walked over to her with a beautiful cake and a sincere apology. She said that there had been a big misunderstanding and Emmy would receive full pay.

Relief and joy filled Emmy’s heart. Once again, God had answered her prayers. She and her family would be able to keep their home amid the pandemic.

Thank you for planning a generous Thirteenth Sabbath Offering that will help spread the hope that Emmy has in Jesus across Australia and the South Pacific Division.